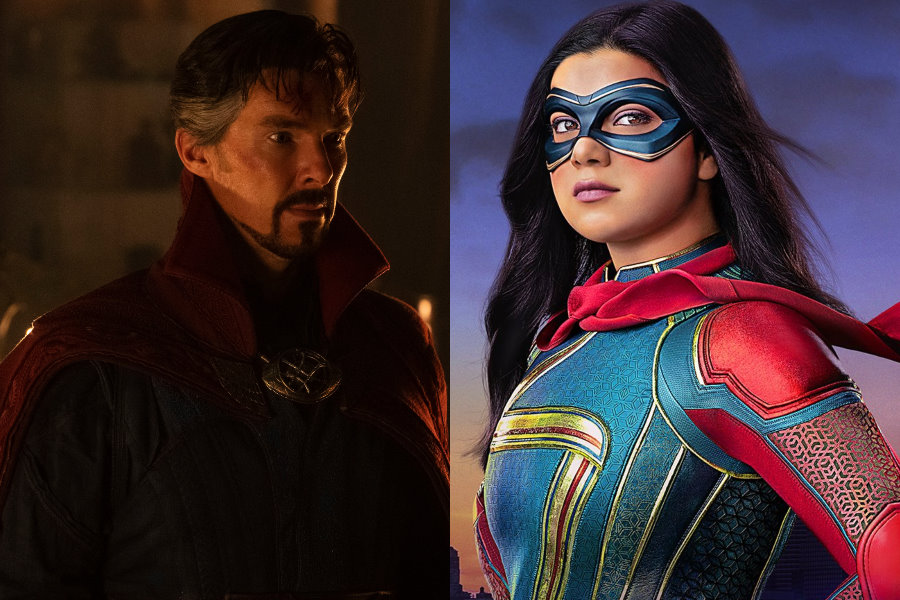 The events that occurred in Avengers: Infinity War and Avengers: Endgame marked the history of the Marvel Cinematic Universe, and proof of this is found in two phase 4 productions, the Ms Marvel series and the Doctor Strange in the Multiverse of Madness tape.

Do not miss: How is the magic of Doctor Strange different from that of Scarlet Witch?

Let’s go by parts. Let’s remember the first minutes of the second tape of the Sorcerer Supreme, where Stephen Strange attends the wedding of his friend and ex-partner, Christine Palmer. In the event he meets his colleague Nic West, who asks if giving the Time Stone to Thanos was the only way to defeat him.

West revealed that like Strange, he was absent for five years, so the great unknown arose as to how it was learned that Doctor Strange gave the Stone to Thanos, which caused the extermination of half of the Universe for five years.

How did the world know about the exploits of the Avengers and the battle against Thanos?

The answer to this mystery of Doctor Strange 2 is given to us by the Marvel site, revealing the easter eggs of the first episode of Ms Marvel, where the Avenger-Con revealed several clues as to how the world learned of the exploits of the Avengers and the final battle against Thanos.

In these revelations, it was learned that one of the sponsors of this convention is the publication of a book called “I was there”, which was written by a SHIELD agent, whose identity is unknown.

This book gives details never before revealed of “the clash between the heroes of the earth and the alien scourge that threatens our fragile planet”.

The publication of this book includes a detailed interview with Clint Barton, as well as the account of Tony Stark’s sacrifice to liquidate enemy troops. The strange thing about the matter is that the author mentions that he wrote the story from more than 6,000 feet away.

Another source of information is the podcast with an interview with Scott Lang, although it is assumed that the bearer of the Ant-Man mantle was unaware of what happened on Titan, and for five years he was trapped in the Quantum Realm.

It may interest you: The complete list of the heroines who have called Ms Marvel

Also, the New Defenders are back and Strange acquires a new apprentice: It’s Rintrah and he comes from another mysterious dimension! What will happen when Doc’s soul is put on the line after Baron Mordo’s attack, once the demon lords, Satannish and Mephisto, pull their trick?

Friends: 5 strange moments of the series that nobody has been able to explain

‘Furiosa’: everything we know about the prequel to ‘Mad Max: Fury Road’

How Vestiare Collective works, tricks to get the most out of it and what those who have tried it think