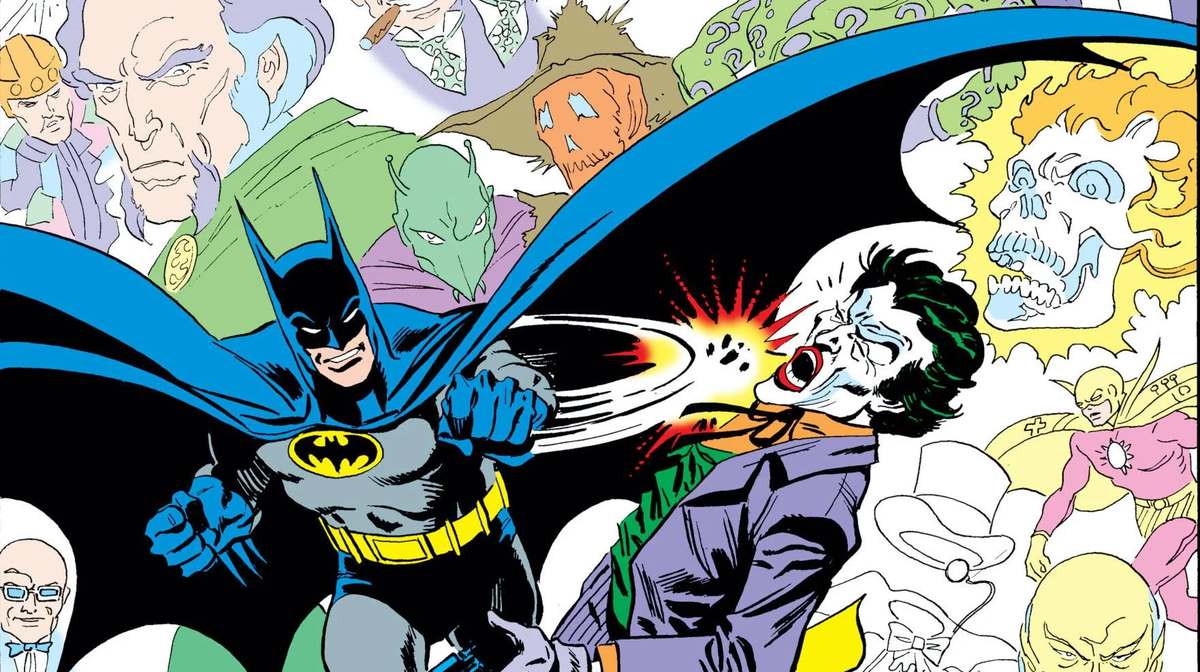 Let’s take a look at the most important victories Batman has achieved in more than eight decades of existence in the DC Universe.

Batman is a hero who is prepared for any scenario, no matter how dire. A man who will always do whatever it takes to secure big wins for everyone to see another day.

Do not miss: The biggest setbacks that Batman has suffered

A fighter who habitually snatches impossible victories from the jaws of certain defeat. And how does he do it all? We just told you: he is Batman.

Discover Batman’s victories in the battle that have defined him as the champion of Gotham City, the world, and life as we know it.

In 1971, Denny O’Neil and Neal Adams introduced Batman to his greatest enemy to date. Part antagonistic, part mentor, the relationship between Ra’s al Ghul and Batman has only grown more nuanced, complex, and dramatic since they first crossed swords.

But it was in that first battle, in Batman #244, that Batman truly earned the immortal villain’s respect and admiration for his refusal to stay on the ground.

Batman’s intelligence and skill can win him the night in most battles, but it’s his refusal to budge that forms the basis of all his victories.

Batman vs the mutant leader

In the 1980s, Frank Miller permanently changed the way we think about Batman with his brutal, dystopian vision of a Dark Knight wracked with grief, driven purely into the night by righteous fury. His was a bigger Batman and more bad, who traded the agility of his youth for a pure physique.

And while Batman’s climactic battle with Superman is remembered by many as the pinnacle of The Dark Knight Returns, no fight better illustrates Miller’s vision of Batman at its most terrifying and inevitable as his mud-pit wrestling match with the leader of the mutants

Though this version of Bruce eventually finds some direction back into the light with the help of his new Robin, Carrie Kelley, this middle ground battle in The Dark Knight Returns proves just how vicious Batman can get in his quest for victory.

No matter where you ask or who the opponent is, every “who would win in a fight?” The scenario involving Batman will inevitably draw fans who vehemently defend Batman’s ability to win. It doesn’t matter if his enemy can defy physics, manipulate reality, or claim godhood. If you’re turning someone against Batman, it’s simply a matter of Batman using his detective skills to discover his opponent’s weakness and use it against him.

This idea did not come out of nowhere. Batman’s ability to analyze and exploit any foe is a natural progression from his role in the Justice League, his intellect and tactics allow him to stay on the same playing field with colossi like Superman, Flash and Martian. Manhunter. It’s a concept we started to see explored in earnest at the start of Grant Morrison’s JLA.

In the first five issues of the series, the Justice League finds itself outmatched by a new super-team calling itself the Hyperclan. At first it seems that any one of its various members could be a match for the Justice League on their own.

But ultimately it’s Batman who deduces his true nature, taking out half the team on his own… all with just a tank of gas and a match. It is from this moment that Batman would earn his reputation for being prepared for any foe, including the Justice League roster.

Tower of Babel inevitably comes into play in any conversation about Batman fighting other members of the Justice League, with the plans he devised to defeat them being co-opted by Ra’s al Ghul (or Vandal Savage, in the Justice League: Doom animated adaptation).

But it’s in Batman: Endgame that we see the Dark Knight himself put his plans into action, when every member of the Justice League is corrupted to attack him by Joker. No setup, no need to retreat to the Batcave.

When the time comes for action, Batman is simply ready for it, even as it breaks his heart to turn on every one of his closest friends. “Who wins in a fight?” Batman laments, as it is a final battle between him and Superman. “The answer is always the same. None of us.”

Tom King’s epic 85-issue run on Batman from 2016 to 2018 was really about two things, and two things only: Batman’s romance with Catwoman and Batman’s rivalry with Bane. The Renaissance-era Batman series positioned Bane as the Dark Knight’s greatest enemy, challenging him mentally, spiritually, emotionally, and physically at every turn.

But each time, no matter how catastrophic the blow to his body or ego, Batman would return, just as he has every night for over eighty years. It was here that Bane learned the lesson all too familiar to Ra’s al Ghul by now: you just can’t break the Bat in any way that matters.

Darwyn Cooke told us a story that pitted Batman against his greatest enemy: himself. Batman: Ego is the portrait of a psychologically conflicted Dark Knight who battles the demon that continues to lead him into mortal danger every night without crossing his own moral boundaries.

More than the Joker, more than Bane, Ra’s, or any of his other adversaries, it is the overwhelming charge of the Bat that has always been Bruce’s most persistent enemy, urging him every night to become a darker version of himself.

And every night, it’s a battle our Batman wins by rejecting the call to try even the worst of us with murder. And of all the wins here, it’s almost certainly the one he’s most proud to keep winning.

It may interest you: Top 10: Tragedies that Batman could not avoid

Gaby Espino: “My name is known for my work, not for scandals, each one with his life”

The trailer for Wakanda Forever with Tenoch is Namor is here