Love and Thunder you need to answer 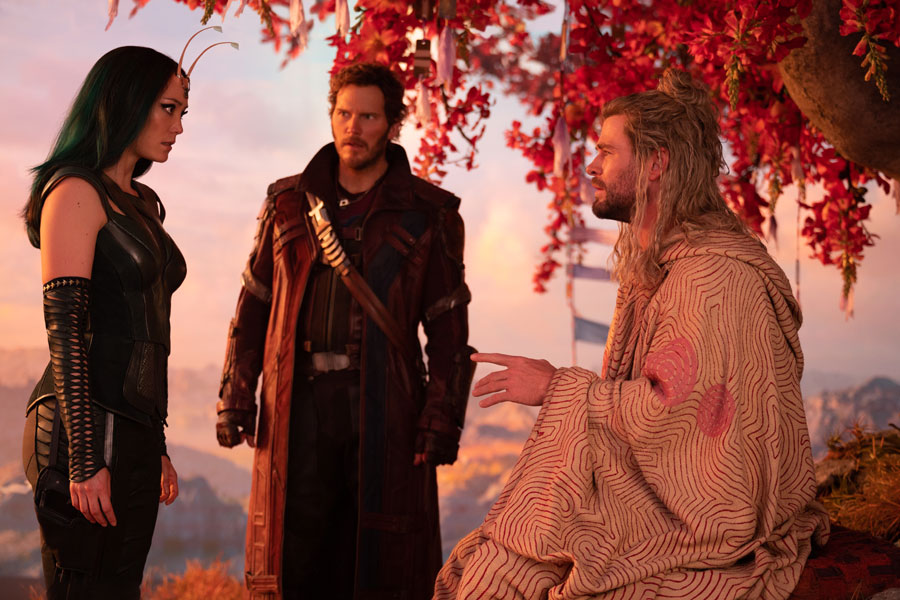 If you have already seen Thor: Love and Thunder, perhaps you have some questions about things that you may not have remembered and that we will clarify here.

Beyond the easter eggs and the novelties that Thor: Love and Thunder presents, perhaps seeing it raised some questions about the situations that we find ourselves in at the beginning and during the film, and that do not have their origin in this one.

You can read the text if you have already seen the movie or if you are just going to see it and you are not bothered by spoilers, because this article will give you context and will ensure that your experience with Thor: Love and Thunder does not leave you with unanswered questions. If you are anti-spoilers, don’t worry, the spoilers will appear until the end of the article, with prior warning that we will do.

Now yes, here are 7 questions prior to Thor: Love and Thunder that help you understand it better.

Why is Thor with the Guardians of the Galaxy?

Avengers: Infinity War begins with Thanos attacking the ship carrying the surviving Asgardians after their home was destroyed by Hela in Thor: Ragnarok. The Mad Titan searches for the Tesseract to extract the Space Stone and in search of it kills Loki and leaves Thor floating in space.

In outer space, the Guardians of the Galaxy hear the distress call emitted by the Asgardian ship before it was destroyed and rescue Thor, who was floating in space amidst the wreckage of the destroyed ship. After the introductions and convincing the Guardians of the threat Thanos represents, Thor sets out for Nidavellir to forge a new weapon accompanied by Rocket Raccoon and Groot.

Don’t stop reading: After Love and Thunder there will be more Thor, without Chris Hemsworth?

In Avengers: Endgame, after the elimination of half the population of the universe by Thanos’ snap, Bruce Banner and Rocket search for Thor in his refuge in Norway so that he joins the time travel plan that will reverse victory. of Thanos. After the victory, and will have fought shoulder to shoulder with the Guardians of the Galaxy, Thor appoints Valkyrie as the ruler of New Asgard and decides to continue alongside the space team.

Why is Kraglin part of the Guardians?

We met Kraglin in Guardians of the Galaxy Vol. 1 as part of the Ravagers, who are looking for Peter Quill to make him pay for betraying them. It is about a group of space pirates whose leader is Yondu.

Later, in Guardians of the Galaxy Vol. 2, a riot deposes Yondu as head of these criminals. After regretting taking part in the revolt, Kraglin seeks to make amends for his mistake by helping Yondu, Rocket Raccoon, and Baby Groot escape from the Ravagers who had them captured.

Following the escape, he aids the Guardians in their fight with the living planet Ego, where Yondu sacrifices himself for the heroes’ victory. After Yondu’s funeral, Kraglin hands Quill a Zune of Yondu’s favorite songs that Yondu left him, and Quill gives Kraglin Yondu’s telekinetic arrow. With this action, Kraglin formally joins the Guardians of the Galaxy.

As you can see in the trailer and promotional images, in the Guardians of the Galaxy that accompany Thor, a familiar face is missing: Gamora.

Well, in Avengers: Infinity War, to save the life of her sister Nebula, Gamora led Thanos to the planet Vormir, where the Soul Stone was hidden. There, Johann Schmidt, formerly the Red Skull and the Soul Stone’s keeper, warned of the terrible price Thanos would have to pay to obtain it. That price was the life of Gamora, the daughter of Thanos.

In Avengers: Endgame, the heroes of the MCU travel to various times in the past to collect the Infinity Stones. The group traveling to 2014 encounters an alternate version of Gamora which they witness when Thanos captures the present time version of Nebula who traveled back in time as part of the mission to retrieve the gems.

Do not stop reading: Love and Thunder: Will Thor have to choose between the Stormbreaker and the Mjolnir?

Brought to the present with Thanos and his army, Gamora joins her sister Nebula in fighting the Titan. Past Gamora meets Quill, but she doesn’t recognize him. She later survives Iron Man’s snap that reverses Thanos’ snap, but she does not attend Tony Stark’s funeral and her whereabouts have since been unknown.

What happened to Mjolnir?

Maybe you were lost on a desert island and didn’t realize that in Thor: Ragnarok, Thor’s evil sister Hela, and former possessor of Mjolnir, destroyed the mighty hammer with which we met the God of Thunder during his exile in New Mexico. . Hela shattered it with just one hand.

In Infinity War, we saw that Thor traveled to Nidavellir, where Eitri forged a new weapon, the Stormbreaker, using Groot’s arm for its hilt.

In Endgame, Thor brought back a version of Mjolnir from the past, which Steve Rogers eventually used in battle against Thanos. Following the Titan’s defeat, Cap returned the weapon to his timeline to prevent alterations to history.

What happened to Lady Sif?

The Asgardian warrior accompanied Thor during the Attack on Jotunheim, which led to the banishment of the God of Thunder. Afterwards, Sif was part of the rebel mission that, disobeying the then King Loki, traveled to Earth to return Thor to Asgard.

It was also part of the War of the Nine Worlds and the fight against the Dark Elves. He also helped the Agents of SHIELD capture the Asgardian fugitive Lorelei and fight the Kree warrior Vin-Tak. She was later banished from Asgard by Loki, who was posing as Odin. She perished from Thanos’ snap, only to return at the end of Endgame.

Since then his whereabouts have been unknown, which will become clear in Thor: Love and Thunder. Or as Kevin Feige told Cinema Blend on the sidelines of Ragnarok’s premiere: “She’s out there somewhere.” And we can add that she has been on the trail of a terrible villain.

What is New Asgard?

It is the Norwegian town Tonsberg. After Asgard was destroyed by Hela in Thor: Ragnarok, Thanos’s attack on the ship with survivors of the kingdom and the snap, the Asgardians settled in this place which they renamed New Asgard.

What stopped Jane Foster from investigating the Hex?

In WandaVision, we saw Dr. Darcy Lewis, Jane Foster’s former assistant, sent to investigate the Westview anomaly: the Hex or energy barrier behind which Wanda Maximoff had created a new reality.

While Jane fell victim to Thanos’ snap, Darcy took advantage of that time to forge his career. However, why was she and not Jane called to study this phenomenon?

The answer is terrible: his fight against cancer.

you only need Instafest and Spotify

17 proofs of how incredibly powerful nature is

Brendan Fraser is moved by the great ovation in Venice for ‘The Whale’, the latest from Darren Aronofsky and A24