‘Le pupille’ (2022), review: this thirty-minute Italian gem is the most beautiful mischief ever shot and is hidden in the Disney Plus catalog 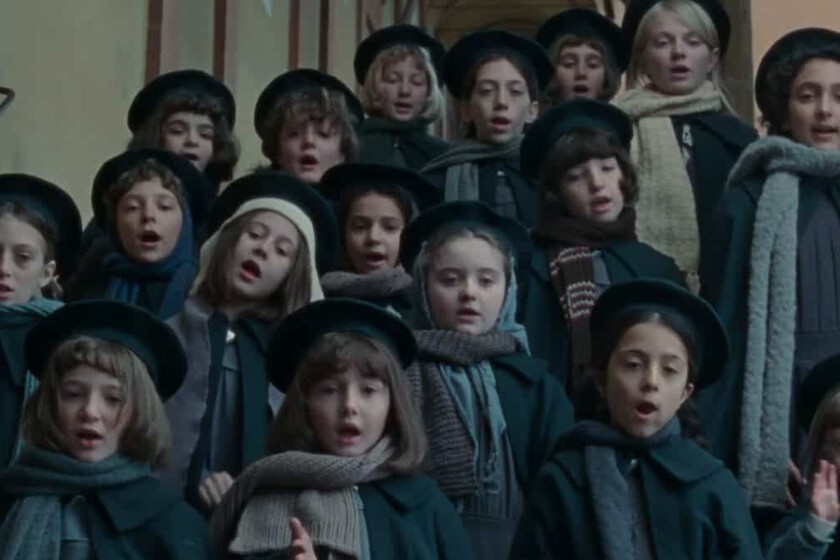 We already know the process very well: a streaming service spends the money to have a very personal project of someone with a lot of prestige, only for later sink it into the catalog as deep as possible without giving it the slightest hype. The Lonely Island with ‘The Unauthorized Bash Brothers Experience’, Hirokazu Kore-Eda with ‘Makanai: the Maiko cook’ or Steven Soderbergh with ‘Kimi’ are just a few examples that are now joins an authentic visual and narrative marvel directed by Alice Rohrwacher: ‘Le pupile’.

‘Le pupille’ lasts less than an episode of a series but it is much more fascinating. From its beginning, with a group of girls breaking cinematographic language, to its end, with a song and post-credits moral included, Rohrwacher’s experiment has a continuous Dickensian tinge: a beauty, originality and innocence that do not finish plastering with the chaotic and adrenaline world of streaming of nowadays.

The story couldn’t be simpler on the surface, but tape underlies small details and seams between the world of 80 years ago and today. The universe of people with money only concerned about their own interests that disrupts the world of the poor with their crumbs, the sin that comes with having power and obsessing over the smallest thing, the world of childhood that even during World War II in the most depressing place cannot help but dance. Three universes of their own that collapse at the worst moment of the 20th century. And despite everything, it is a project with a sweet aftertaste.

It may seem that ‘Le Pupille’ is not “you’re welcome”, but you just have to see that cathartic dance and repressed by religion for the viewer to draw their own conclusions. In just half an hour there is more intentionality and art than in the vast majority of movies we end up seeing. And all this without ever ceasing to be a monument to creativity and individuality in the face of dominant thought, which Rohrwacher also used to make a comment about his own way of watching movies.

It is easy to identify the director, always rowing against the current of trends, like that girl who raises her head and confronts authority without intending to, simply letting herself be carried away by her instincts. This rebellion against the established, in other hands, would be a simple Christmas moral, but in the hands of Rohrwacher it becomes an evil declaration of intent that, to make matters worse, has ended up in one of the streams with the least risky catalog possible.

The medium-length film is intelligent enough to lower all the acidity and tension of your comment (or your meta-commentary) with the exact dose of sweetness, which will make us adore the leading girls and almost confuse this charming satire with a Christmas story without much pretense. ‘Le pupille’ can be everything at the same time: Christmas, rebellion, children’s story, social commentary and pure cinema.

Between the Greek theater (that musical choir) and the musical of ‘Matilda’, ‘Le pupille’ is shot in about 16 mm which not only gives it a more authentic touch, but it allows him to enhance his check on the world of mainstream cinema. Faced with the dictatorship of low cost above all else and thanks to the help of Alfonso Cuarón in production, the director has managed to get away with it and sign a one-of-a-kind product of hers, from almost another era, as beautiful as amoral, as defiant as sweetas small as unforgettable.

Don’t let the cosmetic aspect of the tape fool you: ‘Le pupille’ takes place at Christmas, but it is not Christmas. There will be no surprise miracle and no Santa Claus surprising the girls in this 1940s Italian orphanage. It’s much more evil and fun: Christmas understood as a method of getting food and goods out to desperate people by promising them that the orphans will pray for the people they indicate while hanging from the ceiling depicting the Nativity.

Instead of focusing on goodness and love, the medium-length film prefers to focus on what happens when religion sucks the joy out of a group and forbids her even to dance. How, if the world is at war? Ongoing religious blame takes a terrific twist: By counting very little, Rohrwacher is capable of counting absolutely everything.

When ‘Le pupille’ sings his last shots, we may want to know more about this orphanage, but it’s really not necessary. Knowing that what is good, if brief, is twice as goodthe director does not feel the need to lengthen an apparently simple story in an artificial way, leaving the viewer with the good taste of a piece of cake destined only for bad girls. Now the only thing missing is that Disney+ also wants to be a little bit evil and let the public find it easily.

These are the plans of the Kardashian-Jenner, if Kris Jenner dies

Gabriel Coronel breaks the silence after resigning from ‘Look Who Dances’: “It’s a downturn and it makes me very sad”