I feel that Marvel has lost its way, but this compulsory entertainment prison is also its greatest success 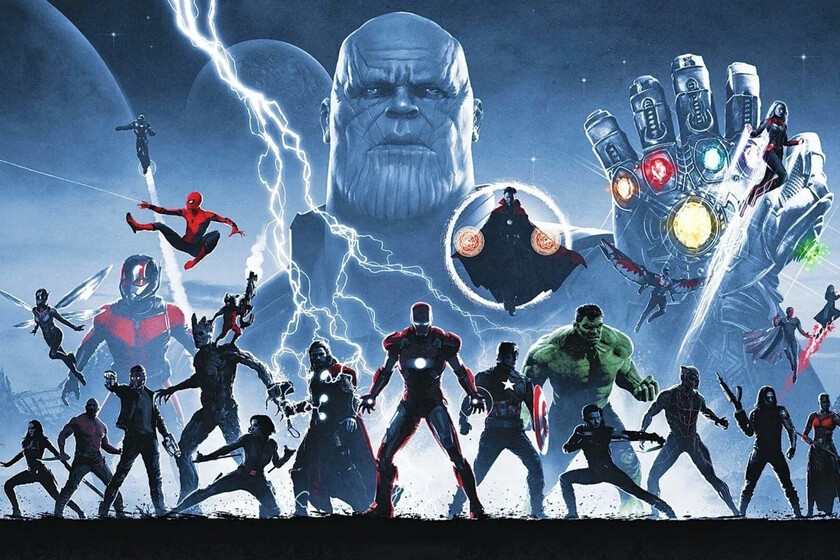 If there is something that the Marvel Cinematic Universe has in huge quantities, it is stories to do. Some epic, others more than walking around the house, infamous sagas and others remembered by any self-respecting comic reader. There is no way that superhero movies and series will run out of material to adapt in the next two decades, at the earliest. And yet, even the most confident marvelite has a buzz in his head: Where is phase 4 going?

The first great saga of the UCM was cautious (these were other times, after all) and focused on the presentation of the heroes and the creation of the Avengers: the battle against the Chitauri would mark the rest of what was to come, and phases 2 and 3 left little clues about the future. After the appearance of the Infinity Stones, Thanos announced his arrival in ‘Avengers: Age of Ultron’. Y, once phase 3 is over and, with it, the Infinity Saga, now what?

Just like in the comics, Marvel seems like it’s letting each of the different areas of the MCU breathe on its own. The creation of the Young Avengers, the arrival of the multiverse (and its potential destruction), Kang the Conqueror, ‘Secret Wars’… And, contrary to what it may seem, it is not necessarily a bad thing, at least on a creative level. In the pages many things have always happened at the same time that only occasionally ended up converging, and this gives time to meet each hero separatelysomething that would not happen if everything was a preparation for the next big event.

But taking a risk with this division makes not a few viewers feel disappointed when miss the feel of event, of great saga that has a beginning and an end. Not everyone sees everything that Marvel brings out religiously, and that leads to fear of getting lost in the plot (as happened in ‘Doctor Strange in the Multiverse of Madness’ and ‘Wandavision’) or, directly, to stress for not finding a direction that the post-credit scenes, which previously marked the way forward, now diversify it in more and more directions. If in phase 3 Marvel it was a straight path that was easy to travel, phase 4 has become a much more surlyfull of unevenness and for which, sometimes, you have to make an effort to cover it completely.

“This All Leads to Secret Wars”

They may be trying different plots to see which one the public likes the most, or maybe everything will come together in an epic ending, but with the arrival of television series that mean that we do not have a single month without a new Marvel production, Everything seems to indicate that they are treating their universe like comics: limited series and small adventures with the occasional small event in the middle, without there being a clear destiny in time. Whether this is the right way to treat the viewer or not, only time will tell.

Right now, the MCU is basically experimenting not just with stories, but with its own inner workings: Do new characters work better in film or on television? Do crossovers attract people? Can the audience follow four master plots at the same time? And the truth is that it is the last part that is causing the most problems: ‘Ant-man and the Wasp: Quantumania’ will bring Kang back in another iteration of the character different from the one we saw in ‘Loki’ and we will see if the public , fully involved in multiversal messes, is able to change the chip completely.

I could do this all day

Valentina Allegra de Fontaine, Agent Cleary, Eros, Yelena Belova… The MCU, as it moves away from its founding characters, begins to be a labyrinth of faces, plots and details in which even the most faithful viewer can get lost. And if the fan is lost, how can the one who enjoys it occasionally not do it? Increasingly, this saga punishes those who do not follow it up to datesometimes becoming more of an obligation than fun.

It may be that, in full expansion, this game of punishment and reward is the only way to attract an audience that made the gesture of getting off of the car after ‘Avengers: Endgame’ and who has been tried to bring into the fold through events, crossovers, multiverses and the promise of a future plot that unites everything but that is taking time to arrive.

Yes, the MCU was slow to have a main villain, but it was partly because the universe was created organically, without a plan that brought together the different phases in a premeditated way: he improvised along the way. Now that improvisation is conspicuous by its absence in the saga and everything is measured to the extreme, it is strange that it is missing a main thread that engages the most casual audience and who does not want to know each of the films of the saga. Milestones based on multiversal crossovers won’t always work without us seeing the strings of the puppeteer.

One of the triumphs of Marvel was due to the fact that, despite everything being connected, each film could be understood separately and the main plot was easy to follow. A villain, six gems, that’s what it is. But what now? Will Kang be the new great enemy, the path to ‘Secret wars’, the interpolation of universes…? While it’s not currently taking its toll on him, and this may be the way to go (and thus two years from now someone will quote this post as “the man who screwed Marvel” on Twitter), impressions are. all. And if the stories of the MCU seem to just happen, without there being a goal to reach, In the end, it may not be just a plot that is missing: it may be his followers.

When does Exatlón Estados Unidos: World Edition start on Telemundo?

12 Celebrities who married their crush