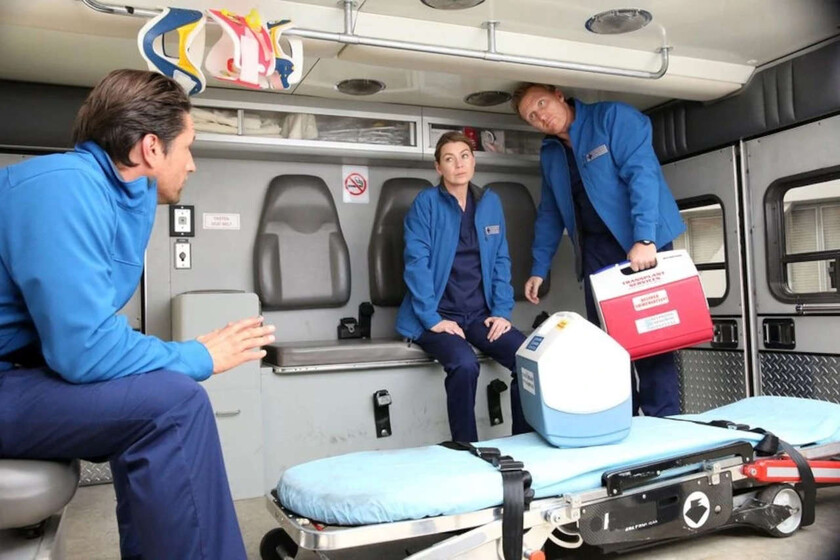 If there is any series of doctors that has marked an entire era, that is ‘Grey’s Anatomy’. Shonda Rhimes’ fiction has been since 2005 with the misadventures and soap operas of Meredith and her other companions, being a great audience success year after year. But being one of the most watched series in the United States has its consequences and influences. sometimes for bad.

One of those aspects revolves around the representation of something that can save so many lives. such as organ donation. Due to the drama inherent in the television format (and not only in this particular series), we usually find a negative representation that has an impact on patients.

This seems to be confirmed by Susan Morgan (Purdue University) and Brian Quick (University of Illinois), who have spent years Analyzing the impact of medical fictions on society. More specifically, in 2014 they published a study “Viewing of Grey’s Anatomy and formation of the attitude towards organ donation”, in which they focused more on said series.

Since it is difficult to test the effects of this or that series on organ donation statistics, what they did was investigate the attitude people/audience had towards donation.

On the one hand, in an experiment, they showed some an episode of ‘Grey’s Anatomy’ whose plot revolved around a donation and others another episode unrelated to the subject. Those who saw the first episode showed a less accurate knowledge and a more negative view about organ transplantation.

Something that Morgan and his co-authors explain:

“Most of the coverage of organ donation on this show depicts doctors as vultures, eager to transplant organs from their patients. In addition, plotlines often highlight doctors crossing ethical lines by privileging patients who are their friends as well as affluent organ transplant patients over less familiar and affluent individuals.”

The next step was to have six hundred people to see to what extent the viewing of ‘Grey’s Anatomy’ could influence a decision as important as enrolling in the donor registry.

Here the conclusion was interesting: habitual viewing of the series leads to a greater belief that the representation of medicine is generally realistic. This, in turn, reduced knowledge about donation, provoking a certain contrary attitude, not so much towards what donation itself is. but also to medical institutions.

what happened to Jorge Vilda

17 worn things that remind you that time spares no one

Disney renews its president amid controversy