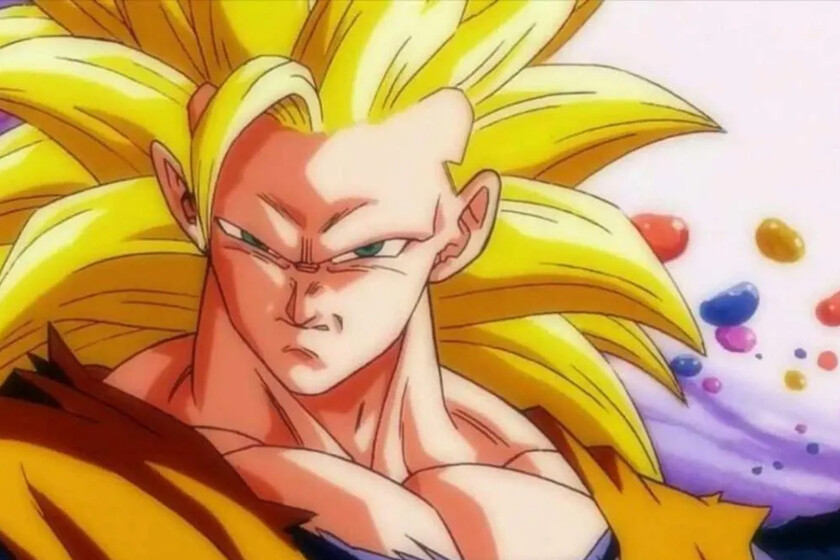 Ok, the same “useless” of all no. But over time, and especially after the introduction of the new transformations in ‘Dragon Ball Super’, the Super Saiyan 3 form has become very dated and many fans have ended up accepting it as Goku’s least powerful transformation.

Thanks to their Saiyan blood, Goku and other ‘Dragon Ball’ characters are able to unlock different forms and levels of power, such as Super Saiyan Blue, Goku’s Ultra Instinct or Vegeta’s Ultra Ego. However, and despite the fact that it is visually quite impressive, Goku has never come to win a battle transformed into Super Saiyan 3.

Much ado About Nothing

The phase super saiyan 3 it works a little differently than the previous ones, and not only because of the automatic hairstyle change. Although it greatly increases the power of the user, it also drains too much energy to the point of even being able to deplete their ki completely.. That is why Goku has only used it as his last ace up his sleeve to try to quickly defeat his opponent, although it is also true that he is not using it correctly.

In ‘Dragon Ball’ chapter 475, Goku reveals that the transformation to Super Saiyan 3 should only be used in the Otherworld or in places where time does not flow normally. On a place like Earth, energy drains too fast, and the temporary burst of power isn’t worth it if it means exhaustion afterwards.


That’s why Goku can’t defeat Kid Buu even using this form. and although Goten and Trunks manage to achieve the appearance of Super Saiyan 3 with his fusion as Gotenks, energy expenditure it was so big that they can’t hold the fusion for too long either.

So over time, the Z Fighters have been getting other transformations and other techniques that have left Super Saiyan 3 out of date, and the franchise doesn’t seem to want to look back to win it back. And although Akira Toriyama hasn’t spoken on this front either, he can’t be blamed for not wanting to keep it because it doesn’t seem the easiest to draw either…

Yes, it is true that in some specific moments with the right conditions Goku has been able to show the potential of this transformation.

In his duel against Beerus in the world of Kaio-sama, or in the movie ‘Dragon Ball Z: Fusion Reborn!’ where Goku faces Janemba in hell, they are two good examples of moments in which he has shone a little better as Super Saiyan 3. Although the page has finally been turned without this “ace up the sleeve” having served anything concrete.

Using a tiny black bodysuit, Jennifer Lopez shows off her rear when posing in profile

Tenoch Huerta could be nominated for the 2023 Oscars

Hail storm kills a baby and leaves 50 injured in Spain