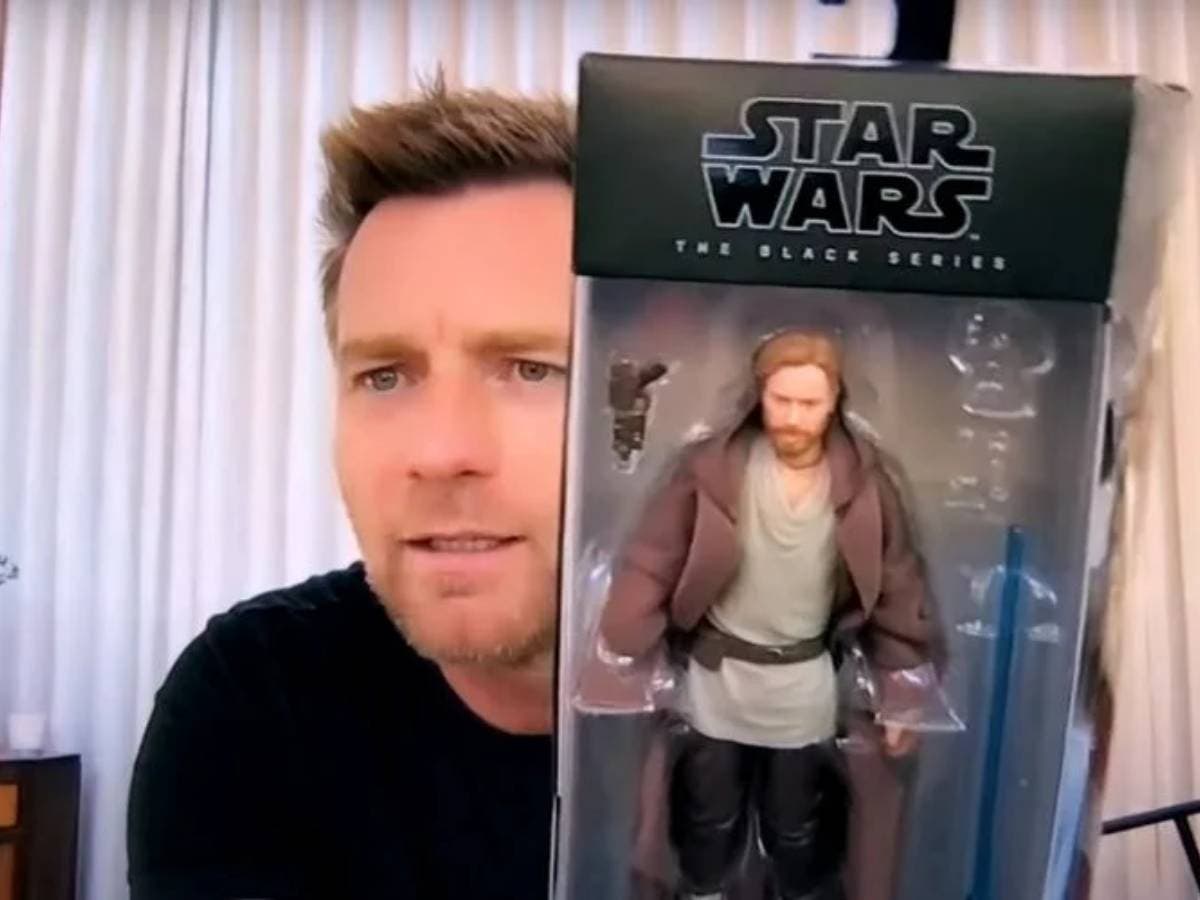 The actor who plays Obi-Wan Kenobi in the Star Wars saga, Ewan McGregor, criticizes the new Black Series figure that they have made of him.

Ewan McGregor has said that his new action figure from starwars doesn’t look much like him. The actor will reprise the legendary Jedi that he first portrayed in The Phantom Menace. Since the end of the prequel trilogy in 2005, she hadn’t done it again. The limited series of Obi-Wan Kenobiwhose new official trailer we saw yesterday, will narrate his exile in tatooine after the fall of old republic and the extinction of Jedi Order. At the same time, she will keep an eye on a young Luke Skywalker and will try to stay hidden from the ruthless Inquisitors who are led by the dark Darth Vader.

This was the fun moment he experienced on Jimmy Kimmel Live!

The actor showed another look at Obi-Wan Kenobi through the articulated figure of Star Wars, belonging to the line of blackseries. Apparently, she’s not as accurate as she’d hoped. During a fun interview on the TV show Jimmy Kimmel Live!, Ewan McGregor showed off the aforementioned action figure he had just received and gave his honest opinion on it. He joked that even after scanning his entire body to do it, it still didn’t look like him. He also said that his action figures tend to look more like Richard Chamberlain and that they must be using an old scan of his to make the new Star Wars figures from the series of Obi-Wan Kenobi.

“This articulated figure has been sent to me,” Ewan McGregor began to say about the Star Wars Black Series. “Actually, I just saw her an hour ago. He is my doll. They scan you, you know? They have some machines that read your body and record every point of your being. Still, somehow… he doesn’t look like me! I look like Richard Chamberlain, like in the first film of the saga, Episode I. As soon as I saw it I thought that maybe they were using an old scan of his to use it in my figure ».

Masterchef expels two contestants at once