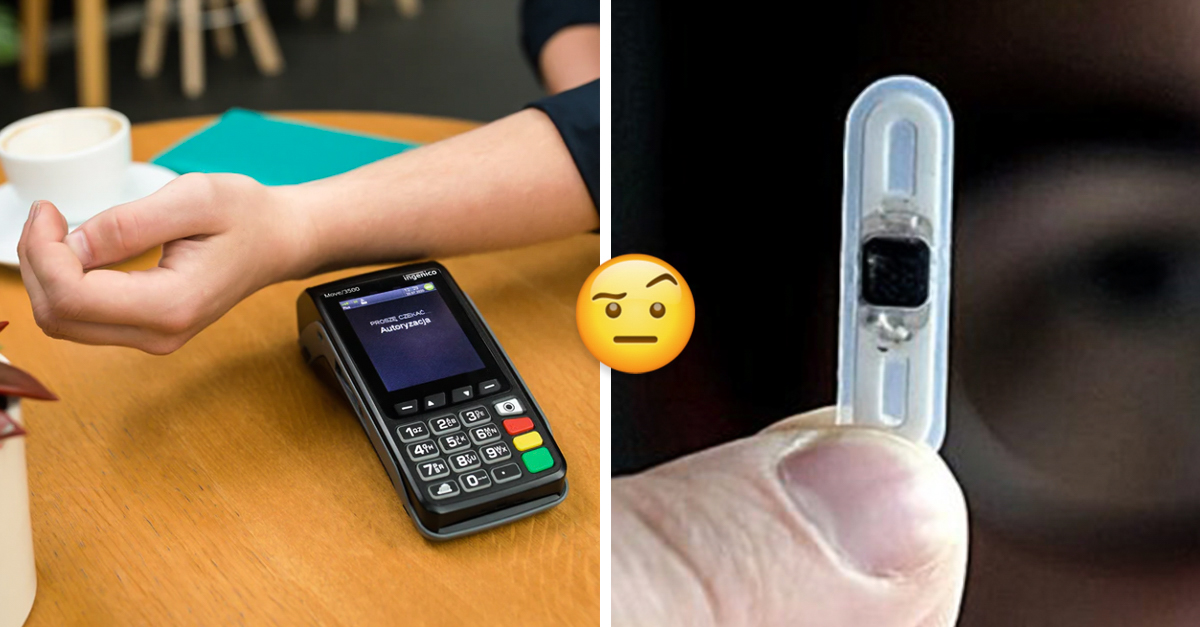 Paying without a card, mobile devices and contactless may seem like something from science fiction, but it is already a reality. Microchip implantable under the skin is currently on the market to make the shopping experience more comfortable.

The new system is marketed by the Anglo-Polish company Walletmor, whose mission is to eradicate “bulky wallets” and allow people to pay with “a wave of the hand”, because “in order to constantly advance and evolve, we must live in symbiosis with the technology”.

The microchip is barely the size of a grain of rice, weighs only one gram, is practically imperceptible and costs 200 euros. The procedure to put it on leaves clients with a small stitch under the wrist. However, it can only be sold in the European Union and the United Kingdom.

British-Polish businessman Wojtek Paprota is the founder of Walletmor, which claims to be the world’s first company to sell human-implantable contactless bank card chips.

According to the company, the chips use near-field communication, or NFC, the same system that smartphones use for contactless payments and that cannot be read until they are in close contact with a payment-reading device. In addition, the device does not include a battery or generate radio waves on its own.

There are many risks when you put something inside your body. For this reason, we carry out various medical tests to guarantee that it does not cause adverse reactions. The device and the materials from which it is made have passed all the medical procedures that analyze inflammation, toxicity, etc., to ensure that it is completely biocompatible.

However, on July 12, Walletmor was caught up in a controversy in the UK. The Mail Online website claimed that the company misled its users. According to the outlet, Paprota had been “reusing” chips from MuchBetter, a third-party provider associated with Mastercard.

Both companies reportedly disassociated themselves from Walletmor after learning of their actions, and UK customer accounts were reportedly closed. Mail Online also claimed that customers were left with “unusable” chips implanted in their skin and their only option is to remove them, although Walletmor “insists it is looking at ways to reprogram the chips”.

We are focused on finding a viable solution that will allow our UK customers to continue using implants. We believe, as do our 600 ambassadors around the world, that transhumanism and safe smart implants will be an inescapable part of global development.

Three restaurants to eat well in Soria without breaking the bank

Telemundo confirms 3 members to the House of Famous

This is what is known about the disappearance of Cartoon Network

Was Lady Di a lover of the best friend of King Carlos III? The history of the relationship with Oliver Hoare