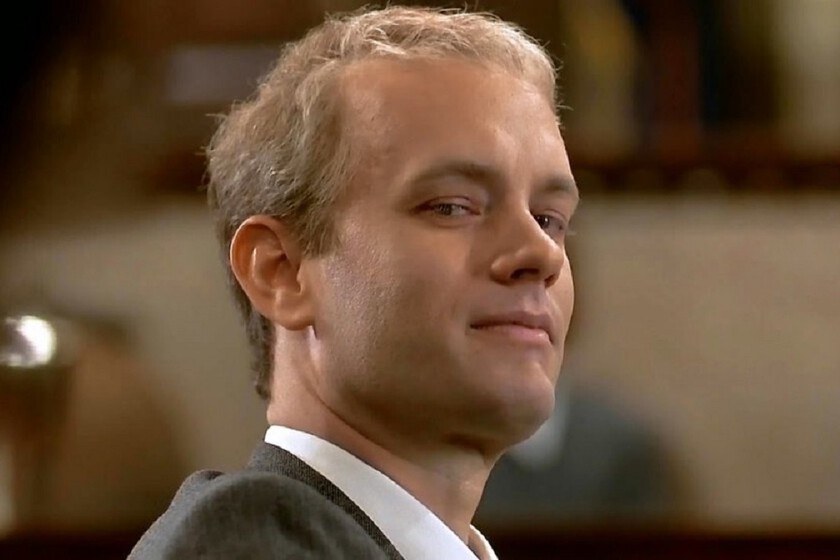 In a time when interviews with actors are usually marked by their publicists and be reduced to a junket in which they answer the same questions over and over again (“How did you prepare for the role?”; “What makes this character unique?”; “What made you accept the role? script?”) It is to be appreciated that the New York Times has taken advantage of its time with Tom Hanks, in full promotion of ‘Elvis’, to dig into his brain and keep something more than the eternal “Is he nice?”. Yes. Of course he’s cute. It’s Tom Hanks, his job is to be.

The problems with ‘Philadelphia’

It is an interview worth reading in ten or fifteen minutes. Tom Hanks on Dan Brown adaptations (“They’re as cynical as a crossword puzzle. All we do is promise a distraction”), the Dean Martin biopic he never did with Martin Scorsese, why he stopped tweeting (“I thought it was an empty exercise”) and explains the same old story: “Get me Tom Hanks. Get me the next Tom Hanks. Get me young Tom Hanks. Who is Tom Hanks?“.

But in times of absurd division and continuous tension, what has caught the attention of social networks have not been his comments about the passion he feels for American history, but the response he has given to why ‘Philadelphia’ could not be shot now as is. Read it carefully, because whatever you think about it is right. Even if you believe that “he is an actor and his job is to interpret”, you have to accept that he is partly right, and no one is going to understand a minority character better than a minority actor.

Can a straight man now do what I did in ‘Philadelphia’? No, and rightly so. The goal of ‘Philadelphia’ was not to live in fear. One of the reasons people weren’t scared of that movie was that I was playing a gay man. We’re beyond that now, and I don’t think people would accept the inauthenticity of a straight man playing a gay man. It’s not a crime, it’s not a whimper if someone asks for more than one movie in its current state of authenticity.

Neither “offended”, nor “2030 agenda”, nor nonsense to try to stop a future that is already present. Tom Hanks is aware that, like it more or less, this world is not the same as it was thirty years ago. Luckily, visibility exists, there is not (so much) fear of coming out in Hollywood and minorities have more freedom of artistic expression. And yes: this is a good thing. The fact that there are more people telling their story is always positive so that we are not left with a single vision of the world.

Or are you going to contradict Tom Hanks himself?