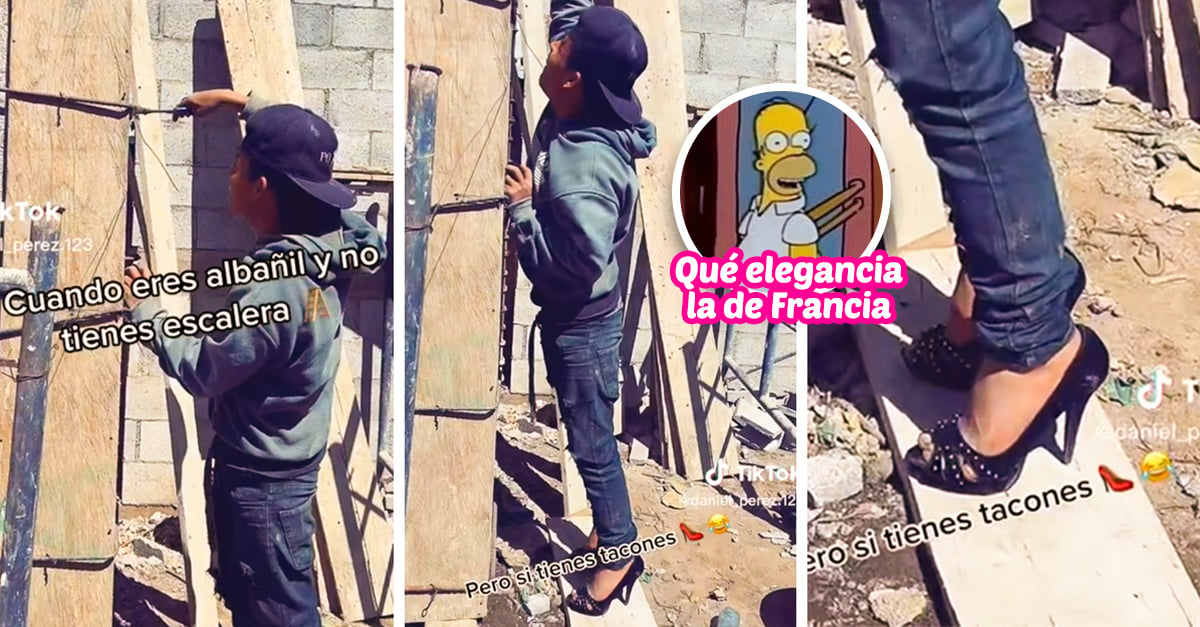 Sometimes life sends us very strange signals, but we must learn to recognize them and let ourselves be guided by them. We say this because we believe that fate recently sent us one in the form of a bricklayer with heels and we still don’t know what it means, but something important is coming.

Well, maybe it’s nothing all that prescient, but the bricklayer in heels deserved an epic introduction. Actually, the strange event was revealed through a TikTok video in which we see a worker solving a problem in the most epic way possible.

Although the recording does not give us much information, we know that the construction worker was in trouble for not reaching the highest part of a wall. Not having a ladder to fix it, he remembered that he brought his emergency heels in his Barbie backpack and, like Sailor Moon, he dressed for battle in a magical montage.

Taller and more empowered than ever, the young man headed to where he was most needed and impressed with his newfound skills as a heeled bricklayer. We hope that after this event in his life, the worker has decided that he will go through the world achieving what others cannot, thus becoming the hero we need.

Bricklayer wears heels because he doesn’t have a ladder pic.twitter.com/QB6uR15ojc

As expected, the magical moment immediately earned the love of the public, since in a short time it reached more than a million views. Furthermore, the reactions matched the tone of joy in the clip. Here are the funniest ones:

‘Like when you come directly from the other job’; ‘The wife looking for her heels’; ‘You can criticize my means, but not my results’; ‘You walk calmly, dominant, seductive, simply…. cosmopolitan’.

This is the best chocolate nougat according to the OCU

The best horror podcasts to spend Halloween with creepy stories

Nicolas Cage is Dracula in the delirious trailer for ‘Renfield’, a version of the horror classic with ‘John Wick’ action