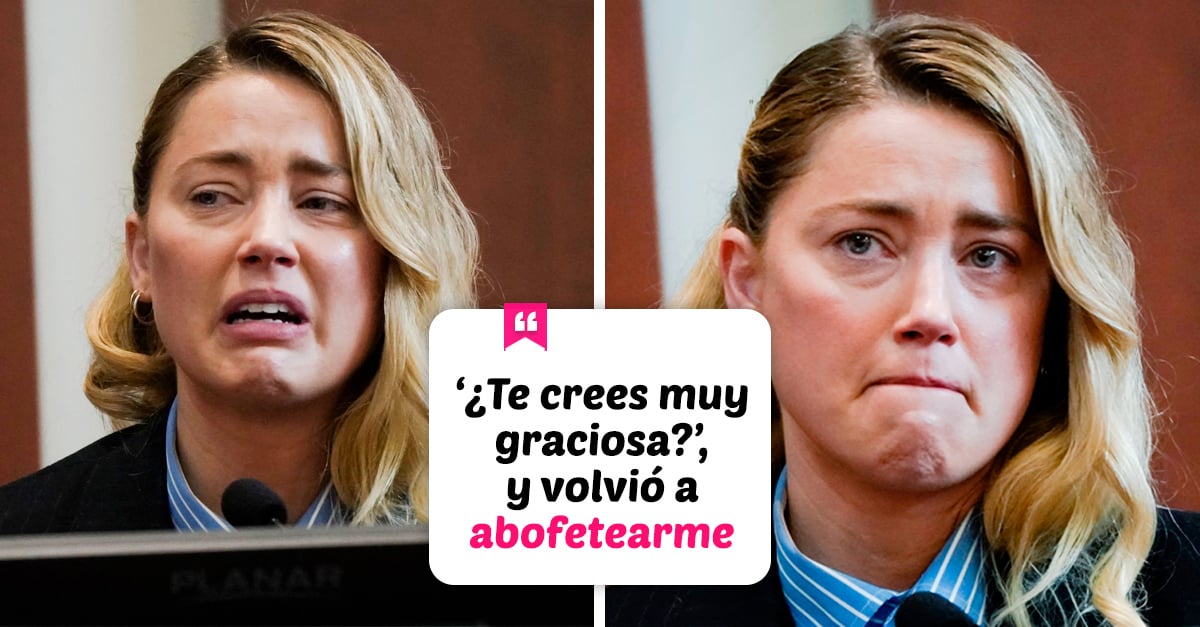 Finally, this Wednesday, Amber Heard went up to the witness stand of the Virginia court to give her testimony, which had been highly anticipated in the trial of the defamation lawsuit that Johnny Depp filed against her.

Moved, Heard spoke for more than two hours about her experiences and her relationship with Johnny Depp, describing in detail how the actor “physically and sexually abused her for several years of their relationship.”

In court, Heard described meeting Depp for the first time when she was 22 and said there was a mutual electricity between them even though they were both in other long-term committed relationships. According to Heard, years later, when both had separated from their partners, they fell in love and he called those first days of the relationship “a whirlwind romance”.

But as his testimony continued, Heard, 36, accused Depp of psychological and physical violence, often sparked by excessive alcohol and drug use. The abuse, he said, began with degrading insults, accusations of infidelity, constant belittling and violent attacks that included breaking glass and hitting walls.

For his part, Depp has denied hitting Heard and during the four days of his testimony accused her of being the aggressor in their toxic relationship. According to the actress, the first time Depp physically assaulted her in 2012, before getting married, while the ex-partner was talking in the living room of his residence and the actor “drank and used cocaine.”

We drank, talked, listened to music, and smoked cigarettes. We were sitting on the couch and I asked him about his tattoo on his shoulder. It looked like black marks. I didn’t know what he was saying. It was a very blurry tattoo that could not be read.

According to Heard, when he asked about his tattoo, Depp explained that it said “Wino” (the iconic “Winona Forever” tattoo that the actor dedicated to his ex-partner, Winona Ryder), so the actress laughed, an action that supposedly unleashed the fury of the actor, who slapped her. In disbelief, Heard said her response was to laugh even harder, as she thought the actor was joking.

I thought he was joking because he didn’t seem to say that and I laughed. I only laughed because I thought he was joking and he slapped me across the face. I didn’t know what else to do, I assumed it was all a joke. But then he started asking me ‘Do you think you’re very funny?’, and he slapped me again. At that moment I realized that it was not a joke.

Heard stated that Depp apologized immediately after the incident and promised not to hurt her again and that within days, she forgave him, something the actress described as the “start of a continuous cycle of patterns of abuse”.

At the time, the actor Pirates of the Caribbean addressed during his court testimony Heard’s accusation that he first hit her when she spoke about one of her multiple tattoos, in particular, the iconic “Winona Forever” tattoo that the actor dedicated to his ex-partner, Winona Ryder .

Depp did not directly state that Heard had expressed her distaste for the tattoo or requested that it be replaced, but when asked if Heard had objected to any of her tattoos, he mentioned that Winona’s tattoo had been altered.

On Wednesday morning, psychologist Dawn Hughes testified that Heard “endured emotional abuse and intimate partner violence during her time with Depp.” Heard, who alternated between crying and speaking calmly, said she stayed with Depp because she “wanted to believe her apology and promises to never hit her.”

However, according to Heard’s testimony, Depp assaulted her “several times,” usually when she was drinking or doing drugs. One such assault occurred over a weekend with friends in May 2013.

The actress said Depp got angry and accused her of inciting what he perceived as “suggestive advances from another woman.” That night, in Heard’s words, the actor tore up her dress, tore off her underwear and inserted her fingers “inside” her.

He proceeds to do a search of my cavity. He is looking for his drugs, his cocaine.

During his testimony, Depp showed reluctance before the statements of the actress. Without directing her gaze to her at times, he was only seen laughing as Heard recounted some of her relationship experiences with the actor.