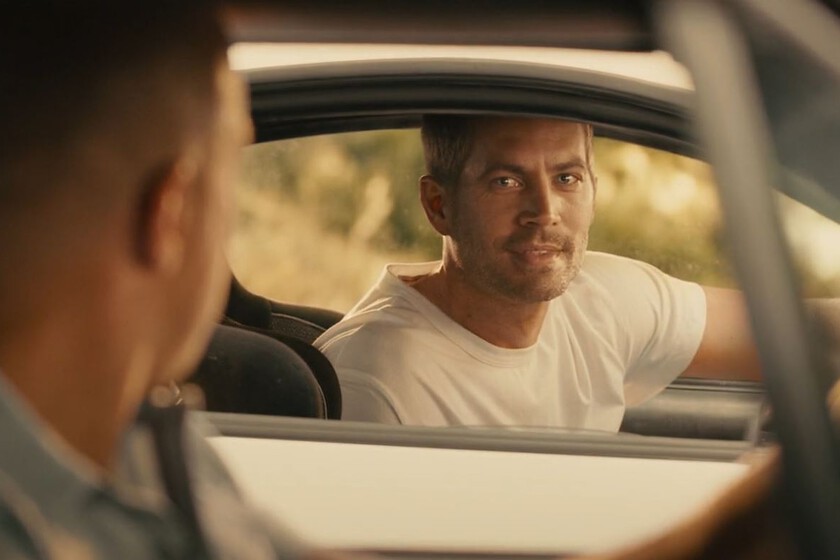 the tragic death of Paul Walker It occurred when the shooting of ‘Fast & Furious 7’ had not yet finished, a film that you can see tonight in Cuatro starting at 22:15. That caused a stoppage of several months in the recordings to see how they went on. For a few days there was talk of a possible cancellation, but finally it was decided to complete the film and use digital retouching to complete the story of Brian O’Conner in this popular franchise.

The first thing was to make the necessary adjustments in the script and then contact WetaDigital to alter 260 shots that required Walker to appear on screen. A key measure for this was to have the help of Caleb and Cody, brothers of Paul Walker, and John Brotherton to fulfill the role of body doubles in those scenes. In the video below these lines you can see the process a little better.

Once recorded, Weta used footage and outtakes of Walker’s work throughout other films in the franchise to convincingly recreate it through the use of digital technology. Then those responsible for ‘Fast & Furious 7’ did everything possible so that it was not known in which scenes he was not so as not to distract the public. The result was the highest grossing film of the entire franchise with worldwide revenues of 1,516 million dollars.

‘Fast and Furious’: the ten films of the saga ordered from worst to best

However, over time all of them have been known to we review belowfocusing only on those whose face can be seen, also including in order of appearance in the film:

Brian puts his son in the back of a minivan.

The conversation with Toretto on the plane

Brian smiles while in a pool with Toretto and the rest of the Family.

Driving a car while Toretto helps Mr. Nobody

The family returns to Los Angeles and plans their next move.

The end of the fight against Tony Jaa’s character

The Call to Ramsey

With Mia on the beach

Brian’s farewell at the end of the movie

Did you notice all of them while watching the movie?