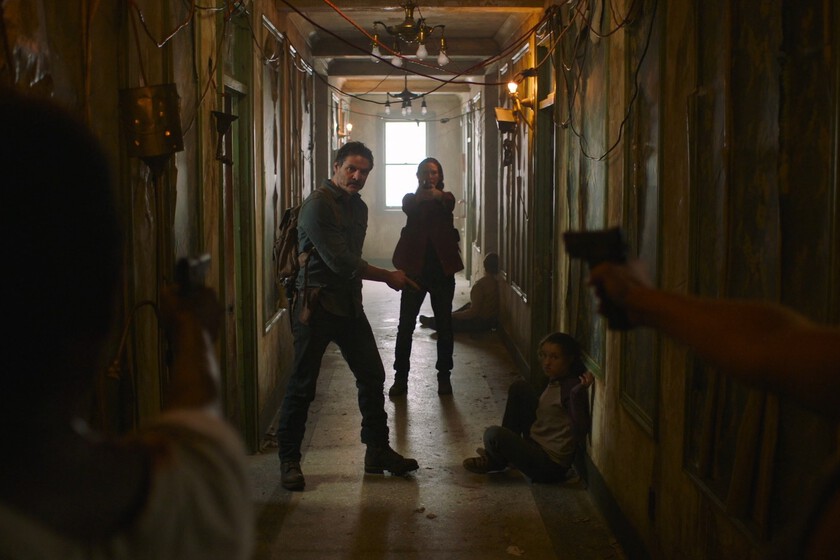 I have no proof, but I also have no doubts, that ‘The Last of Us’ is going to become one of the best series of a 2023 that, as they say, we have just released. The brand new adaptation of the magnificent Naughty Dog video game signed by Craig Mazin and Neil Druckmann has risen on its own merits as a master class on how to translate an interactive narrative into the cathodic mediumand much of the blame lies with its balanced fidelity to the original material.

Since its first episode, the HBO series has stood out for showing enormous respect to Druckmann’s game; however, ultimately it has been enriched by a good number of additions and changes that, in addition to provide more context and help build the world in which it is set and the characters that inhabit ithelp make the experience more attractive for connoisseurs of the adventure of Joel, Ellie and company.

To have located the most important variations —I repeat, the most important— without too many headaches, in this article, which we will update week by week, we are going to collect all of the first season of ‘The Last of Us’. To the mess!

Episode 1: ‘When you get lost in the dark


As soon as it starts, ‘The Last of Us’ surprises us with the first unpublished scene regarding the video game. In it, set in a television program from the late 60s, context is provided about the Cordyceps fungus through the debate between two scientists who try to argue their position on what element or pathogen could be the trigger for a pandemic that would end with the human race.

Aligning with the original work, the HBO production gives its starting signal —separate introduction— by the hand of Sarah, Joel’s daughter. However, this passage distances itself in some aspects from its referent, beginning with the time we spend with its protagonistmuch larger in the television version of the story.

In the game our interaction with Sarah is basically limited to the confines of the house during Joel’s birthday, including the scene on the couch where I give him the watch and the subsequent passage where everything goes to hell. In the series, besides this, we share scenes with his father and his uncle Tommy —who in the game does not call Joel to get him out of the dungeon—, we accompany the teenager to to fix the clock, to class, and even to bake cookies to the neighbor’s house.

And since we mentioned the charming old lady, we must dwell on the first attack of an infected that we witnessed. In the game he is also a neighbor, who goes through the window that gives access to one of the rooms in the house, but in the series it is granny who gives the first scare to Sarah, Tommy and Joel before the latter rips her off. head in two with a spanner. Marvelous.

To close this section, a little detail that I loved. In the game, a vehicle driving down a perpendicular street is the one that collides with Joel and family as they drive at full speed escaping the chaos. In it Show manage to avoid the crash, but end up capsizing due to a plane crashing in front of their noses. Since things are changed, let it be to increase the dose of spectacle.

This change is not particularly decisive for the narrative, but it is curious. In the game, the bulk of the story is set in the year 2033, 20 years after the start of the Cordyceps outbreak; In the series, on the other hand, Ellie’s adventure starts in 2023 —also 20 years after the prologue with Sarah.

I’m not going to deny that in the scene where Joel and Tess walk into an unsanitary-looking basement decorated with a stuffed infected on one wall, I started to get a little tense when they didn’t take out their gas masks. Well then, in the television ‘The Last of Us’ the spores are not part of the infectious equation By decision of the showrunners, transmission being limited to bites and the nasty buds that come out of the mouths of Cordyceps carriers.

Before we shelve the first chapter, let’s quickly go over other variations without going into too much detail. These include the most obvious aspect of the relationship between Joel and Tess —much more ambiguous in the video game—, the dynamics with Tommy is different -in the game the brothers have not maintained contact in years once the pandemic breaks out-, the subplot of Robert ends in a scene and the battery that Joel craves so much does not make an appearance in the playable version.

In the same way that it happened in ‘When you lose yourself in the dark’, ‘Infected’ starts with an unprecedented introductory sequence that continues to reinforce the origins of the pandemic. Thus Mazin and Druckmann locate the epicenter of the Cordyceps outbreak in a Jakarta flour factorythe capital of Indonesia, and show us the dire potential consequences of the affair through the eyes of a mycologist who instantly suggests bombing the city as a method of containment.

In the video game, Joel and Ellie enter the hotel after Tess’s death—although the scene is riddled with similarities to the original. However, from this sequence we are going to stay with the master class on infected that is given to us from the top of the building, where it is explained that the infected function as a kind of hive mind connected through roots which, if disturbed, will attract Cordyceps hosts from the surrounding area. We don’t have spores, but we do have this new danger.

The encounter with the Clickers

After the nod to the terrifying blind creatures that the last shot of the first episode left us, ‘Infected’ has given us a first look at how God commands the fearsome Clickers. This has been during the setpiece set in the Boston museum, somewhat later than in the video game and in a different location.

Not a trace of Phaedra

A decision that many fans of the original have not liked and that, personally, I perfectly understand —especially to speed up the exit from the QZ in Boston and quickly reach the Capitol— is the absence of FEDRA soldiers in the surroundings of the Quarantine Zone; Which brings us to the next difference…

Probably the most controversial change to date has been the way in which Tess’s death. Eliminating the Phaedra factor from the equation has meant having to find another resolution for this twist, which originally had the soldiers as the main protagonists. Instead it has picked up the explanation about the connection between roots and infected to attract a horde of creatures to the Capitol that Tess —infected— decides to eliminate, through sacrifice, to give Joel and Ellie an escape route. To top it off, the series leaves us with a particularly unpleasant moment in which an infected person seems to “kiss” the heroine of the show by introducing some filaments into her mouth.

In this quick round we will emphasize that in the chapter Ellie is bitten a second time —this does not happen in the game— and that Tess refers to Bill and Frank —In the game, let’s remember, Frank only makes an appearance once he has died.

3 long-lasting women’s perfumes praised by all

Coquette nails: discover the acrylic nails that are all the rage on TikTok

Puppy is adopted by employees of a clothing store