A human calculator? Child surprises in networks for her skills with mathematics 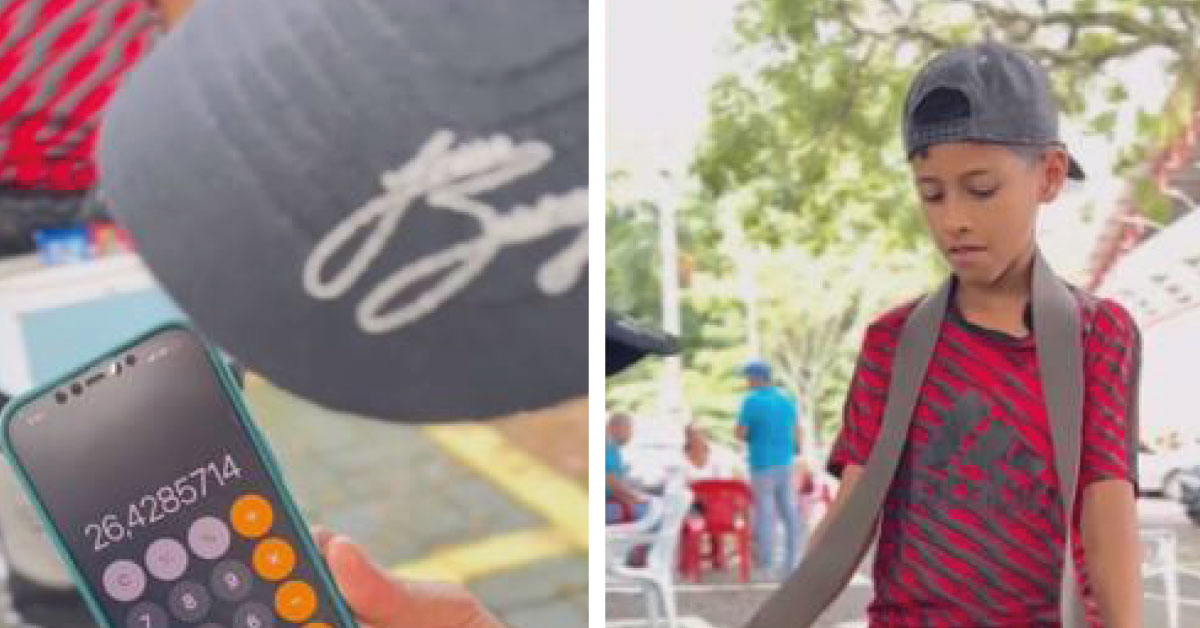 Today it is quite common for different types of stories of children -generally-, who have a gift or rather are virtuous in something, be it physical or mental, showing that they can be a prodigy compared to the rest. rest of society.

In fact, just a few days ago the case of a little boy who surprised many on social media for his extraordinary math skills went viral.

In the video, the boy can be seen selling sweets on the streets to help his family, but that’s not all. The 11-year-old surprises people with his ability to use numbers, or rather to solve different mathematical problems with a certain degree of difficulty.

“Mathematics is easy, they are conjugations of numbers, but in reality everything is based on addition and subtraction,” he said in the recording.

During the video, a man also appears, who, interested, surprised and captivated, commented: “That guy, that curious way of selling, right? He’s like asking math questions and people answer him and they buy him the candy.”

Help me find this awesome genius. He and all our boys and girls deserve to be on the virtuous path of education and opportunities. UNITED we will support him. Please those who have information write me DM (Private Message) 🙏🏻 pic.twitter.com/pmd0PvT5D9

The child simply tells him: “I sell candy to help my family, because unfortunately my father went to heaven and my mother is very sick and my two little brothers are 5 and 4 years old.”

The story took place in Antioquia, Colombia and so far the whereabouts of the mathematical genius are not known, who is already wanted by the governor of the place to support him.

“Help me find this awesome genius. He and all our boys and girls deserve to be on the virtuous path of education and opportunities. UNITED we will support him. Please, those who have information write me DM (Private Message)”, can be read in a Twitter post.

Obviously, and after seeing the video several times, its veracity is in question, many Internet users assure that everything is staged and that it is a hoax, however, others blindly believed in the story and want to find out as quickly as possible to the kid.

13 Pumpkin-colored outfits that will fill you with joy

kisses, tenderness, what a waste of love, how much madness (and an unexpected surprise)

Zendaya makes history at the Emmys with her nomination for ‘Euphoria’

There is already a first trailer for the adaptation of the video game, with the study of ‘Kimetsu no Yaiba’

Emmy Awards 2022: nominees and what time to watch the awards LIVE TODAY