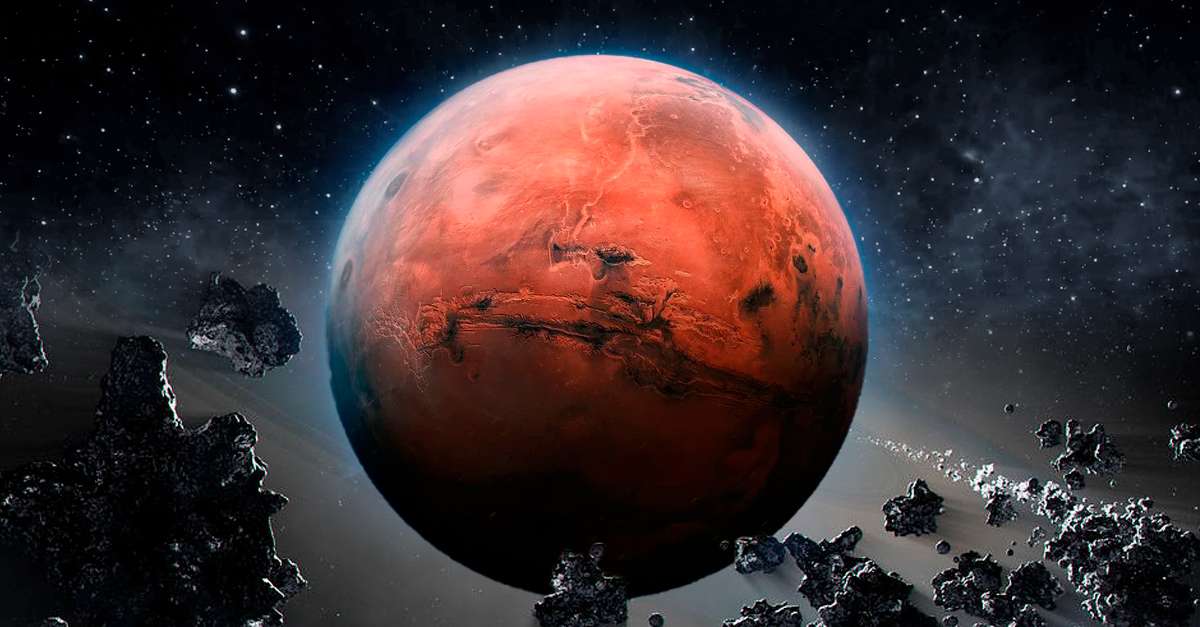 Due to the levels of ionizing radiation on Mars, scientists at the National Aeronautics Administration (NASA) considered changing their space strategy and began planning missions to dig six feet below the ground, in order to find signs of life on the planet. Red planet.

Through a statement, experts from NASA’s Goddard Space Flight Center pointed out that it will be necessary for rover who travel to Mars in the future deepen their excavations to locate any signs of life on the planet, since it is unlikely that the centimeters that rover Curiosity and Perseverance can dig up amino acids.

According to the NASA laboratory, ionizing radiation or cosmic rays from space rapidly degrade molecules, such as amino acids, which are essential for the formation of life. This due to the lack of magnetic field and the indelible atmosphere of Mars.

This conclusion was reached because physicist Alexander Pavlov of NASA’s Goddard Space Flight Center and his team wanted to better understand the probability of finding evidence of amino acids on the Martian surface, so the experiment was done to test the resistance of these compounds.

The test consisted of making a mixture of amino acids with silicas to simulate Martian soil conditions and sealing the samples in test tubes under vacuum conditions, in order to simulate the thin Martian air.

Some samples were kept at room temperature, while others were cooled below 67 degrees Fahrenheit. They then irradiated the samples with ionizing gamma radiation to mimic the dose of cosmic radiation, up to about 80 million years of exposure to Martian surface rocks.

It is worth mentioning that, according to the NASA article, the organic matter found on Mars by rover Curiosity and Perseverance is not a conclusive sign of life, since it is likely that the material observed by them has been altered by radiation and, therefore, is not the original or the same as when it was formed.

Tanaka and Mitoma: the "super champions" of real life

Eugenio Derbez: Alessandra Rosaldo talks about the comedian’s surgery; “it was a success” please

All the series and movies that leave Netflix in October 2022