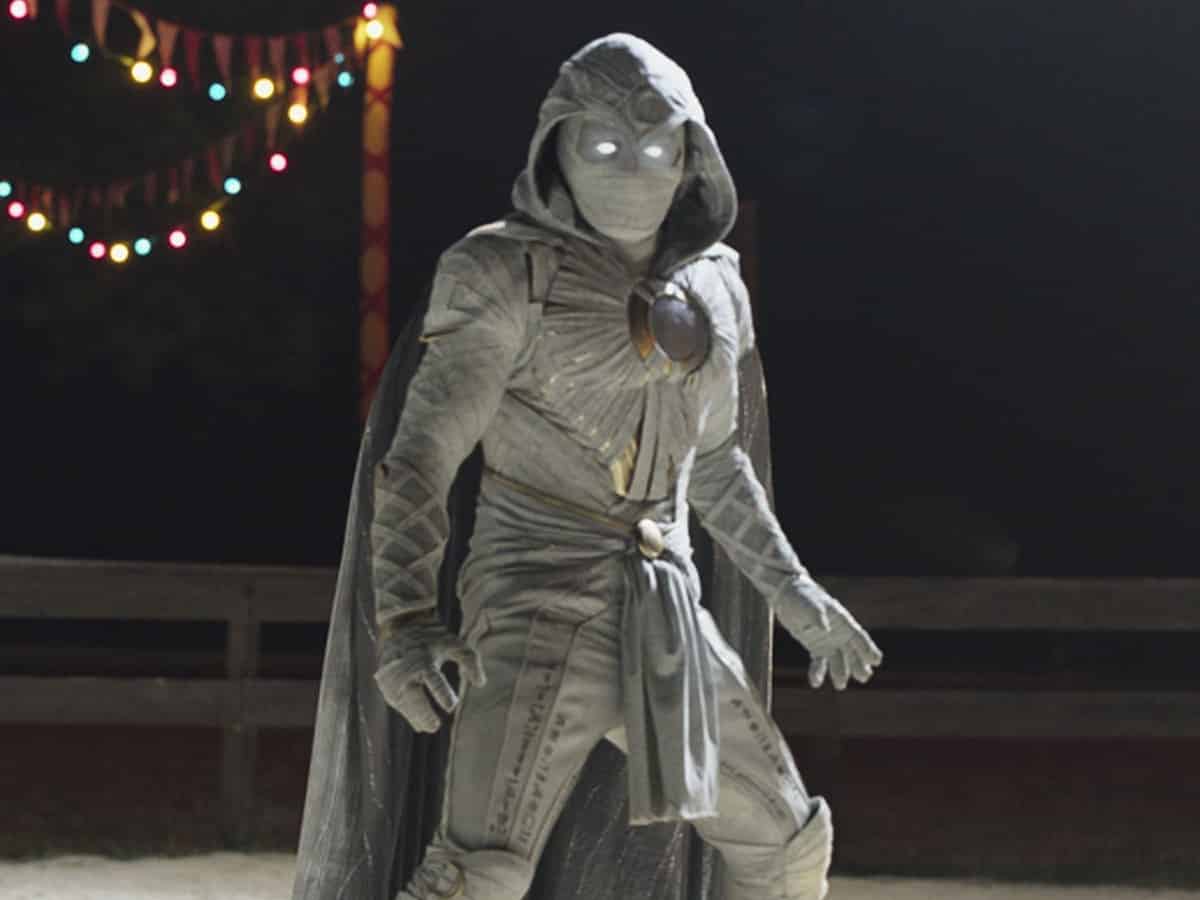 The latest chapter of Moon Knight introduces a new superhero to the MCU, but who is he in the comics and what powers does he have? spoiler alert

Moon Knight Chapter 6! “Gods and Monsters” has introduced a new superhero to the MCU! But what do we know about Layla’s Egyptian superhero in Moon Knight, and how do his powers and origin story compare to the Marvel comics?

May Calamawy’s Layla El-Faouly began her MCU journey as little more than a concerned voice on the other end of Marc Spector’s cell phone. Finally, the series revealed that Marc had been somehow involved in the murder of Abdallah El-Faouly and sought out the archaeologist’s daughter to tell her the truth about her father’s death, but he ended up marrying her.

Renowned for her historical knowledge and her ability to acquire rare Egyptian artifacts, Layla has already proven herself as a capable fighter in Moon Knight. Despite lacking the abilities that Khonshu bestowed on her husband. Layla battled supernatural priests, dodged mad cultists, and played a vital role in saving the world from Arthur Harrow. So for many, Layla El-Faouly was already a superhero… but now she is official. Although Marvel left us subtle clues about the fate that awaited her character throughout these 6 episodes of the series.

The series left many clues throughout the chapters

The Moon Knight season 1 finale introduces Layla as the Scarlet Beetle, a transformation largely foreshadowed by previous episodes. Layla was nicknamed “My little beetle” by her father, who wore a red scarf embroidered with a beetle motif, and in the insane asylum sequence in episode 4, Layla wore a bandage on her finger adorned with a red beetle, as did her surname very similar to Faoul’s, playing with words just like it was done in Wandavision with Aghata Harknerss. Which gave clues as to where his character would go, but how is the origin of this superhero compared to the Marvel comics? What powers does he possess? And what does the future hold for him at the UCM?

Explanation of the origin of the comics

Layla El-Faouly from moon knight it is not an established creation of Marve. But her backstory and characterization of her is close to a character from the comics named Marlene Alraune. That like Layla, Marlene, was an archaeologist (and Marc’s love interest), and her father was killed by mercenaries in an Egyptian excavation. Until then, Layla has been very much a version of Marlene. But the transformation into Scarlet Beetle marks a major departure from the source material, as Marlene never made the jump to superhero.

The first appearance of the Egyptian Marvel superhero was in Invaders No. 23 in December 1977 by Roy Thomas and Frank Robbins. The title of Marvel’s Scarlet Beetle was first held by Abdul Faoul before passing to his son, Mehemet. In his first appearance in the comics, Dr. Faoul secretly led the Sons of the Beetle, a group of patriotic Egyptians who opposed British control of their country.

After tricking the Human Torch and Namor into locating the legendary Ruby Scarab, Faoul took possession of the mystical relic and transformed into the Scarlet Scarab for the first time. Though initially opposed to the Invaders (World War II superheroes led by Steve Rogers), the Scarlet Beetle switched sides upon realizing that the Nazis were considerably worse than the Allies. Imbued with supernatural gifts, Faoul protected Egypt before passing the Scarab Ruby to his son.

Needless to say, Layla’s superhero origin is very different from her comic book counterpart. Instead of seeking the power to fight the British, Layla reluctantly receives her new abilities as a means of defeating Arthur Harrow and Ammit. And instead of Abdul Faoul’s gem, Layla’s source of power is very similar to Marc Spector’s, only with Taweret instead of Khonshu.

Despite these changes, moon knight creates a small thread of continuity between Layla and her father, echoing the bond between Abdul and Mehemet Faoul in the Marvel comics. Although Abdallah El-Faouly was never The Scarlet Beetle, Taweret found him in the afterlife and tells Layla that he would be very proud of her becoming a superhero. The MCU’s Scarlet Beetle also shares the comics version’s mission to protect Egypt, as when a young bystander asks Layla if she’s an Egyptian superhero, Scarab bravely replies: “I am”.

The series does not directly refer to Layla’s new role as Scarlet Beetle. But from the contextual clues provided and her armor beetle motif, it’s pretty obvious that she is.

Drawing her power from Taweret, Layla’s Scarlet Beetle abilities are roughly identical to Moon Knight’s. The Egyptian hippopotamus god bestows her avatar with divine armor that can deflect bullets and magic with ease. While Marc Spector gets a moon-shaped sword and Steven Grant wields batons, Layla’s scarlet beetle outfit comes with a pair of swords.

Like her husband, Layla was already quite skilled in a fight, but accepting Taweret as an avatar grants her superhuman strength, stamina, agility, absorbs magical blasts from Arthur Harrow’s staff, and rips off a vehicle door without breaking it. Using the wings of her costume, Layla also receives some degree of ability to fly, and although it has not been seen in the chapter, it is almost certain to say that Taweret grants Layla the same regenerative ability that Marc and Steven obtain from Khonshu. .

Scarlet Beetle’s powers in the MCU are somewhat similar to the original character’s in the comics. Like Layla, Abdul Faoul and his son were granted super strength, agility, and stamina, elevating their fighting abilities beyond human levels. The beetles in the comics were also capable of flight, albeit without wings built into their armor. Layla undergoes a slight change. Since the original Marvel comics version they could use the Ruby Scarab to fire energy blasts and drain enemies. Taweret grants her that ability, but unlike her comic book counterparts, Layla doesn’t need to have a precious gem to access her superhero form.

The future of the character in the UCM

episode 6 of moon knight it ends ambiguously in multiple aspects, including the future of Layla’s character. When she agrees to be Taweret’s avatar, Layla emphasizes that her agreement is only temporary, which could mean that she will return to her normal self once Arthur Harrow is defeated. However, unlike Khonshu “leaving” to Marc. We don’t see it happen on screen with Layla, implying that she might retain her powers and not have dissolved her association with the Egyptian goddess of fertility.

Layla keeping her new abilities would make a lot of sense, as Taweret is a very kind Egyptian goddess compared to Khonshu. While Marc Spector negotiated with an entity that wanted to enslave and manipulate his host. The easygoing Taweret is shown to be gentle and accommodating to her human being. Unlike Marc and Khonshu, it’s easy to imagine Layla and Taweret coexisting peacefully and respectfully.

Moon Knight subtly hints that Scarlet Beetle’s MCU journey is just beginning. As we have mentioned, a young man asks Layla if he is a “egyptian superhero” during the final battle, and she accepts this honor with a smile. The acknowledgment suggests that Layla has developed a fondness for her new status, and she may have changed her mind about kicking Taweret out immediately after defeating Harrow. With this line of dialogue, Marvel affirms his commitment to diverse representation by introducing an explicitly Egyptian superhero to the MCU. That alone should cement Layla’s future in the franchise.

The big question is precisely where it will appear next. season 2 of moon knight would be the obvious choice, but Marvel Studios has not confirmed that there will be. But since all of Marvel’s gods are connected, his character could make a cameo in Black Panther: Wakanda Forever.

Enjoy all the exclusive content of Marvel Studios in Disney + with your subscription.

Ethan Hawke and his old reflection on superhero movies