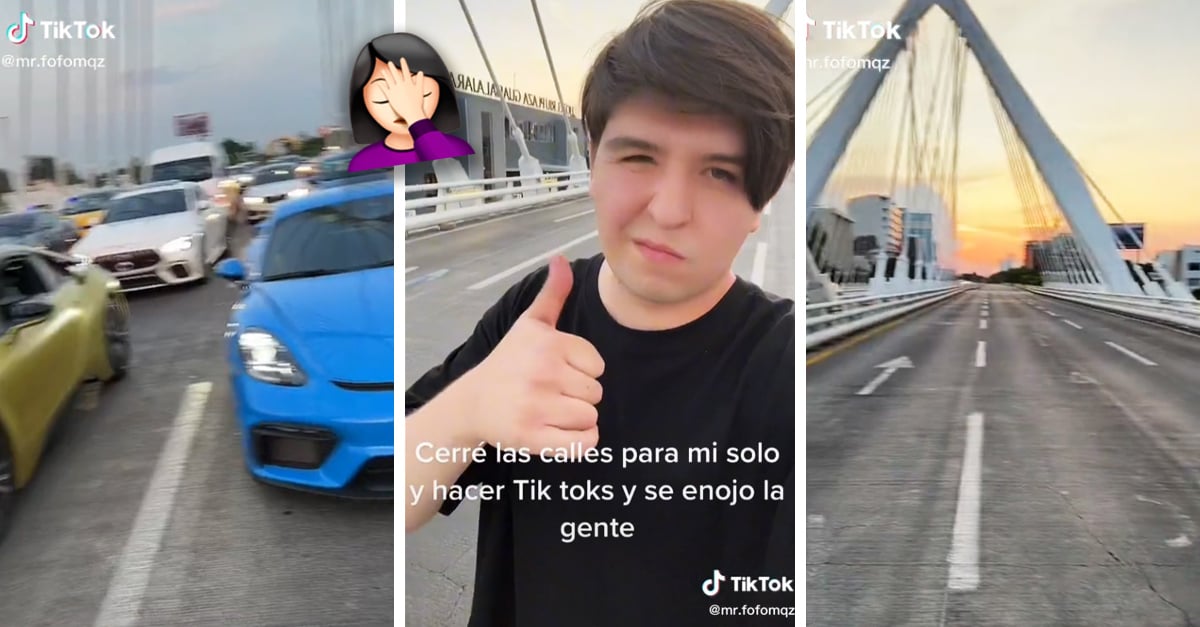 Authorities in Guadalajara, Mexico, reported that they will file criminal complaints against the tiktoker known as “Fofo” Márquez and a group of motorcyclists for blocking the Matute Remus bridge to record TikTok videos.

Said blockades affected hundreds of motorists who traveled through the main avenue of the state, causing crowds and the requirement of highway agents.

#Complaint
What do you think of the stupid things this guy does? #Youtuber #fofomarquez to stop peripheral traffic from #Guadalajara pic.twitter.com/2OmmlgD8uS

A couple of days ago, the influencer “Fofo” Márquez and a group of friends closed the Matute Remus bridge in Guadalajara to record some videos and, incidentally, show the impunity that exists in Mexico. These clips went viral and, as if it were a challenge, a group of motorcyclists appeared to do the same and show the influencer that he was not the only one who could close the bridge.

The videos and complaints from citizens reached the Security Secretariat of Jalisco and the Municipal Presidency of Guadalajara, who, through their correspondents, spoke about the issue.

The Secretary of Security, Bosco Pacheco Medrano, explained that the police are already working to locate those involved in both videos. In addition, he pointed out that the cars that appear in the “Fofo” Márquez clip had already been reported previously for participating in drag racing on Mexico, Terranova, Juan Palomar and Arias avenues, in Guadalajara.

On the other hand, the Guadalajara police commissioner, Juan Pablo Hernández, said that he would work together with the Road Police to prevent these incidents from repeating themselves.

The mayor of Guadalajara, Pablo Lemus Navarro, warned that he is going to “grab” the “Fofo Márquez”, the young man who decided to close the Matute Remus bridge to record a tik tok pic.twitter.com/RhsSvt2pMT

Who was also outraged at the closure of the bridge was the mayor of Guadalajara, Pablo Lemus Navarro, who said that “he will not allow this type of antics and this type of attack against Guadalajara.”

On the other hand, neither the influencer nor have the motorcyclists responded to the authorities and it is possible that they will not or, if they do not, they could face more charges before the law.

Without a bra, Rosalía throws wine from a glass during her session for Vogue