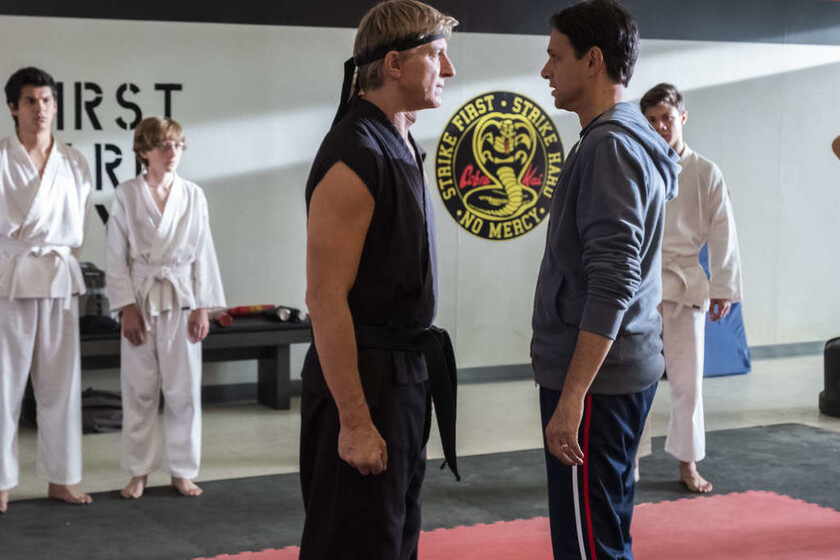 When it was announced five years ago that we would see a late sequel to ‘Karate Kid’, we did not imagine that it would be the joy that ‘Cobra Kai’ is being and those adventures of Johnny Lawrence, Dani LaRusso and their students. But it was not the only work that imagined these characters as adults: ten years before there was a video clip.

It’s about the topic “Sweep the Leg” by No More Kingsin which Pete Mitchell and Neil Robins pay homage to the martial arts saga while vindicating the character of William Zabka advising him that in that final match “sweep the leg” and knock down the rival.

The theme was accompanied by a video clip, directed by Zabka himself in which an all-male cast reunion ensues from that first ‘Karate Kid’: Martin Kove, Ron Thomas, Rob Garrison, Tony O’Dell and Ralph Macchio participate.

With their differences, there we can see some of the elements that make up the premise of ‘Cobra Kai’: a Zabka (confused with his character) who has not done well in life obsessed with that defeat in the film and a Ralph Macchio who is a complete winner.

Despite being focused on the martial arts film, it is not the only reference that we would see in the No More Kings video. Famous for their continuous references to pop culturein Sweep the Leg there would also be nods to ‘Back to school‘ (Back to School, featuring Zabka) and even ‘Arizona Baby’ (Rasing Arizona).

This vindication of the figure of Johnny Lawrence against Daniel LaRusso would not be the only one that we would see before ‘Cobra Kai’ in American fiction. He himself is the real hero of Barney Stinson in ‘How I Met Your Mother’.

Sweep the Leg was a complete success at the time and is, of course, a good precedent at the time of this new exploration that we are making of the Karate Kid universe in the last five years.

with Dolby Atmos and Chromecast

Daredevil: Born Again for Disney Plus

“We should close the book”