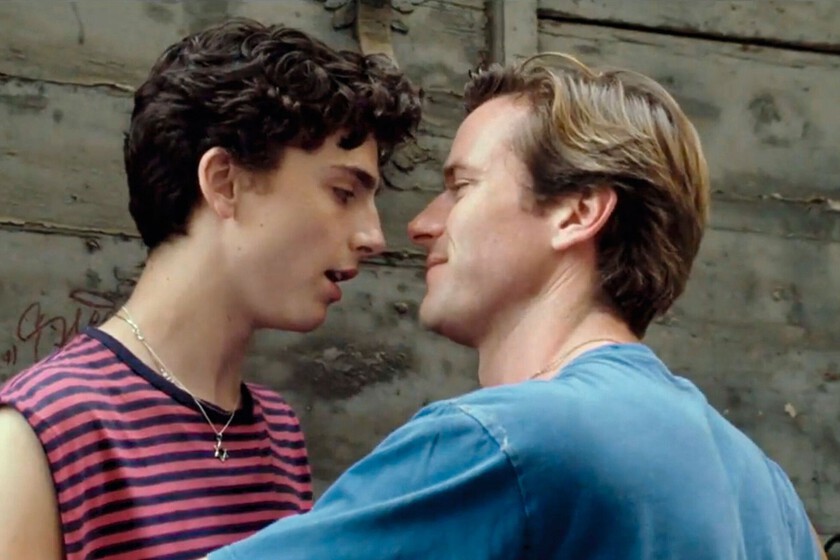 Despite how much it has rained since the furor that ‘Call me by your name’ caused in 2018, the debate about certain themes of the film still persists. The adaptation of André Aciman’s novel was directed by Luca Guadagnino and had several nominations for the Oscars, of which he only won Best Adapted Screenplay.

The tape follows Elio (Timothee Chalamet), a teenager who, in the middle of the summer of 1983, meets Oliver (Armie Hammer), an attractive young man known to her parents with whom she begins to spend more and more time until love finally arises. The film was an unexpected success that consolidated the career of Timothée Chalamet, today one of the most sought-after actors in Hollywood.

As stated James Ivory, screenwriter of the filmin Variety, both actors signed in their contract that they would not do full nuditysomething that greatly upset Ivory since it was far from what he reflected in his script: “It has always seemed false to me when people walk around before or after making love decorously covered with sheets. I never liked doing that and I do not do it”.

According to Fantastic Man, Guadagnino reaffirms his choice not to include explicit sex scenes: “I never wanted to make a movie about the lust of two bodies (…) It’s not about showing a raunchy sex scene or any kind of sex that they’re having. I don’t know how these guys are having sex. That’s not the focus.”

On the opinion expressed by the director, Ivory commented that it is “totally uncertain”: “He sat in this same room where I am sitting now, talking about how he would do it, so when you say it was a conscious aesthetic decision not to, well that’s just bullshit“.

The novel of ‘Call me by your name’ had a sequel, ‘Find me’, so many were waiting for it to also be adapted to the big screen. However, it seems that due to the controversies in which Armie Hammer has been involved, at the moment it is a very unlikely possibility.

Hayden Christensen remembers when he signed for Star Wars

actress Adèle Haenel explains why she has stopped making films