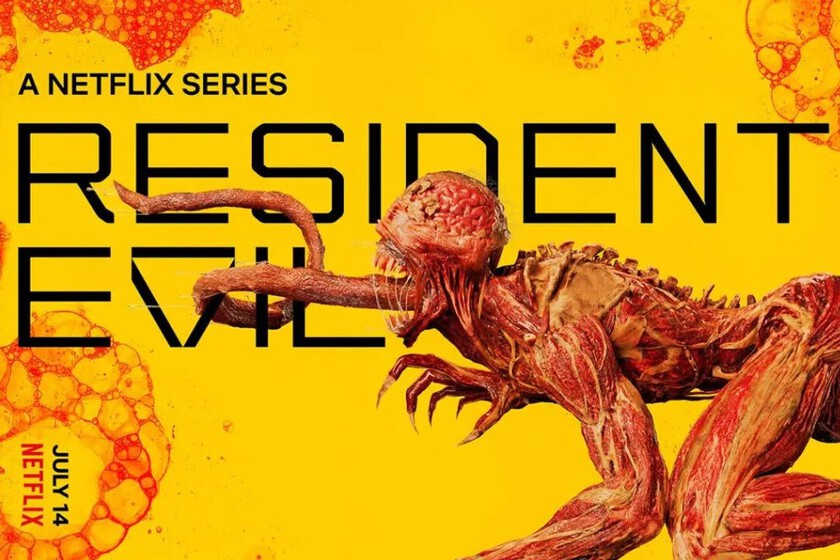 Netflix’s ‘Resident Evil’ TV series will premiere globally on Netflix on July 14, 2022, and now, the franchise’s first live-action series shows a glorious chaos of action and terror in its new trailer thanks to Netflix’s Geeked Week 2022.

Leaning even more towards the non-stop action and monsters made popular by the video game franchise, the trailer is accompanied by an all-new poster that puts the iconic Licker to work. Showrunner Andrew Dabb previously shared that the creative team took “all the games and shuffled them together” for the Netflix series.which plays with various elements that fans will recognize.

In the official synopsis from the series:

“2036: 14 years after a deadly virus caused a global apocalypse, Jade Wesker struggles to survive in a world overrun by infected and insane creatures. In this utter carnage, Jade is haunted by her past in New Raccoon City, by her father’s chilling connections to the Umbrella Corporation, but most of all by what happened to her sister, Billie.”

According to netflix notethe Serie:

“The expansion is brand new and features the best of Resident Evil DNA: tough heroines, crazy creatures (some new and some familiar), a battle for survival, and of course, a deep mystery to unravel. Andrew Dabb expands on the directions with fresh storytelling, bone-chilling horror and an action-packed spectacle perfect for summer.”