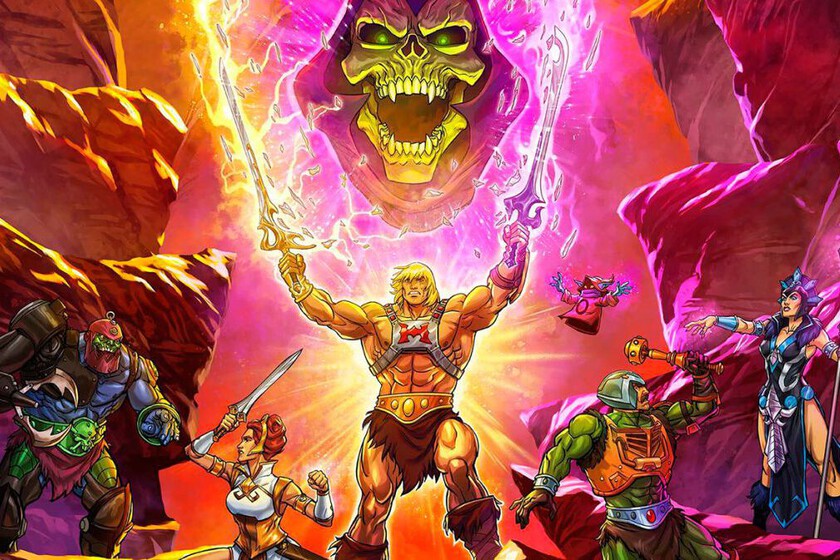 The franchise of he-man has not died and Netflix They are making it very clear to us with their animated series. Although it did not rain to the liking of all fans with ‘Masters of the Universe: Revelation’, the series of kevin smith It still has a lot of war to give and it has already been confirmed that there is a sequel in sight.

As confirmed during Netflix’s Geeked Week, we will have a sequel series titled ‘Masters of the Universe: Revolution’ which will again feature Kevin Smith as executive producer and showrunner and with Powerhouse Animation (‘Castlevania’, ‘Blood of Zeus’) in front of the animation.

After Revelation comes REVOLUTION!
I’m ecstatic to be making more @MastersOfficial with @Mattel and @powerhouseanim for @Netflix!
Big thanks to everyone who streamed our show last summer! You gave us the Power to go back to Grayskull for another epic Eternian adventure! pic.twitter.com/TlCP8TLnS9

“After Revelation comes REVOLUTION.” I’m so excited to be able to do more of ‘Masters of the Universe’ with Mattel and Powerhouse Animation for Netflix. Thank you so much to all of you who watched our series last summer. Power to return to Grayskull with another epic adventure on Eternia!” Smith wrote on his Twitter account.

The end of the previous animated series left the door wide open for a sequel, so it looks like we’re not going to be left with the story half done. It’s still too early to talk about a release date, but it’s possible we’ll get back to a summer release and ‘Masters of the Universe: Revolution’ land on Netflix by summer 2023, especially if the season is divided into two batches of chapters.

There are also no details about the cast, but Chris Wood lent his voice to He-Man in the first season and Mark Hamill He has already dropped that “maybe” he is involved in the second season of the series, so it’s time to cross your fingers to be able to hear him again as Skeletor.

According to the synopsis that Netflix has given for this sequel series: “He-Man and Skeletor will face each other like never before in a new series that continues where ‘Masters of the Universe: Revelation’ left us”