The cameos you’ll see inside Thor: Love and Thunder 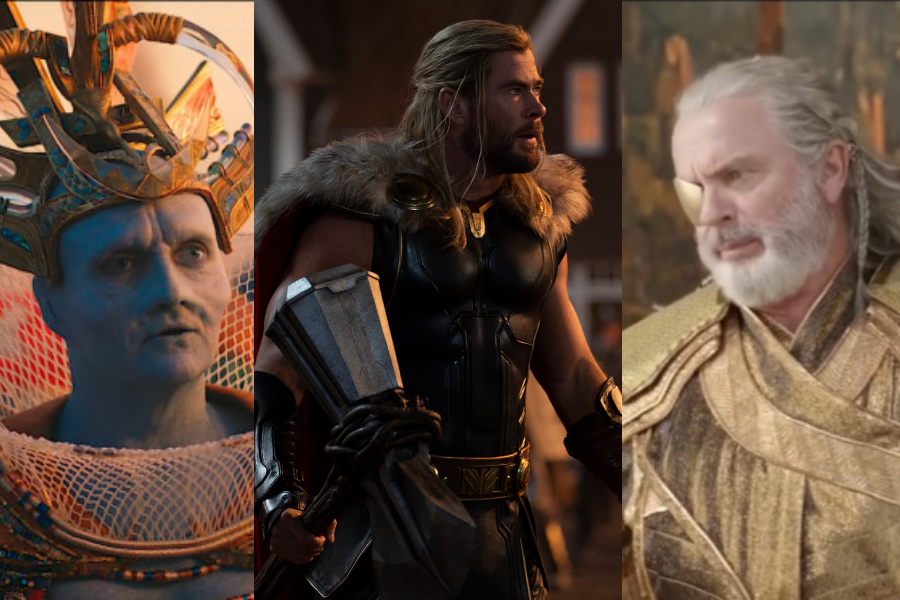 Almost five years after his last solo appearance, the God of Thunder returns to the big screen in Thor: Love and Thunder, a film in which laughter, action and cameos could not be missing.

Not only the Guardians of the Galaxy are the ones who share the stage with Odinson, but also other film and television personalities make a brief appearance in this new Marvel Studios film.

Discover the cameos you’ll see inside Thor: Love and Thunder.

Chris Hemsworth’s own son takes part in this film, making a cameo playing the child version of Thor, which we see when Korg tells the story of Thor to the Asgardian children.

The Spanish model and actress appears for the second time in a Thor film alongside Chris Hemsworth, her husband in real life.

Pataky now plays the werewolf, who had an affair with Thor, in the period in which he was separated from Jane Foster. In 2013, Pataky filmed the second post-credits scene for Thor: The Dark World, where he is seen with his back to Jane Foster.

The Asgardian theater company that we saw in Thor: Ragnarok survived the massacre that Thanos orchestrated in Avengers: Infinity War, and now as inhabitants of the New Asgard, this company adds its efforts to make this destination attractive for tourism.

Proof of this is the theater company where Sam Neil plays the theatrical version of Odin, now portraying the death of the father of everything in Norway, before the eyes of Thor and Loki, but not before confessing the existence of Hela

Matt Damon has shown to have a histrionic capacity that goes from drama to action and comedy, without forgetting the farce, and he shows it by bringing Loki to life once again.

Even the character of Damon in this film appears twice in the plot, one of them already planning the work that will be inspired by the events of Thor: Love and Thunder

In this theatrical company could not miss the actor in charge of embodying Thor himself, and once again Luke Hemsworth, brother of the protagonist, returns to embody the stage version of the God of Thunder.

New faces are added to this company, and to embody Hela who better than Melissa McCarthy, who is one of the most recognized comedy actresses in the medium.

With the exaggeration that a comedic actress can bring to the characterization of Hela, McCarthy delivers a hilarious portrayal of the Goddess of Death as only she knows how.

If when reading this name you thought of the NBA Golden State Warriors player, we have to inform you that you are wrong, since we are talking about an actor with the homonymous name of the basketball star.

Curry is a television star from Australia, the home country of Chris Hemsworth, and in the new Marvel Studios film Stephen Curry plays King Yakan, who appears in the opening moments of Thor: Love and Thunder.

Thor: Love and Thunder will hit theaters in Mexico and Latin America on July 7.

It may interest you: How many post-credit scenes does Thor: Love and Thunder have?

Suede or leather, DUSTIN has the chelsea boots you’ll be wearing to your holiday parties (and beyond) this winter.

MAMAMOO+ Reveals BETTER Teasers, Here’s What The Music Video Will Look Like

Converse leather sneakers that we can wear even when it rains, combine with everything and are discounted today

16 dark abandoned places that only the bravest would visit.

collapses at half price after Prime Day