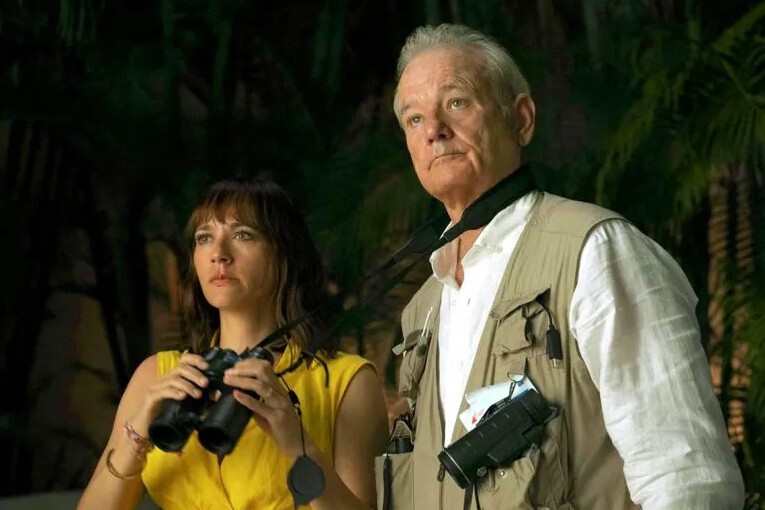 Sofia Coppola is one of those directors who could have lived her entire life in the shadow of her father’s name, Francis Ford Coppola. However, she has managed to rise as a director with her own voice and seven films that are proof of it. ‘On the Rocks’ is the most recent and probably the least known, since it was not distributed in theaters but was released in 2020 directly on Apple TV +.

Laura (Rashida Jones) is a New York writer married to an enterprising husband (Marlon Wayans), who seems to have less and less time for his wife and daughters. When Laura’s father, an incurable ladies’ man, expresses her suspicions about the possible infidelity of her husband, father and daughter embark on a crazy adventure of investigation and espionage to get out of doubt.

First of all, we must mention the fact that be a famous director is a weight that many times it ends up playing against you, since everything you do will always be linked to expectations for the viewers. Although we can identify common features in the filmography of each filmmaker, they are still artists expressing their point of view, which does not have to stick at all times to what we have seen before in previous works.

So it is more than respectable that Coppola has decided to go a little out of line for herself and play on a friendlier and more carefree terrain. The lightness of his story is reminiscent of some Woody Allen films, in which the entanglements and misunderstandings are served.

Of course, people who describe Coppola’s cinema as slow and boring will not have any complaints with this last film, whose rhythm is very dynamic and is maintained until the end. Although the relaxed and comedic tone predominates, what matters above all is to deepen about miscommunication and generational differences between fathers and daughters.

That brings us to the two pillars that make the story solid: Bill Murray and Rashida Jones. Without Murray, it is very likely that we would hate his character at all times, but he manages to give him that personal touch of his, with which even the most obnoxious individual can awaken a certain tenderness in us. His chemistry with Rashida Jones is remarkable and makes that complicated parent-child relationship even more believable.

If we had to highlight something negative it would be that it is a movie nice but not memorable, since it travels at almost all times through known terrain and surprises are rather rare. Knowing what Coppola is capable of expressing only with the camera, it is a bit missing on this occasion, since any reflection that can be drawn from this story is through the dialogue between the characters.

Criticism is not about the type of story but about how it is told. At the management level, she looks much more restrained and, perhaps, that subtlety and talent to express internal problems without verbalizing them, is the brushstroke that was missing to make this film shine on its own.

In short, Sofia Coppola signs with ‘On the Rocks’ her most enjoyable and accessible film. Although it is not one of the most outstanding directors in her filmography, it is worth seeing because of the wonderful chemistry between Rashida Jones and Bill Murray, who sell us this sitcom about generational differences in just an hour and a half. The film is edited in domestic format and you also have it on Apple TV +.

Is it Barca’s fault? The reason why Griezmann “does not play” at Atlético