Review of The Battle of Changjin Lake 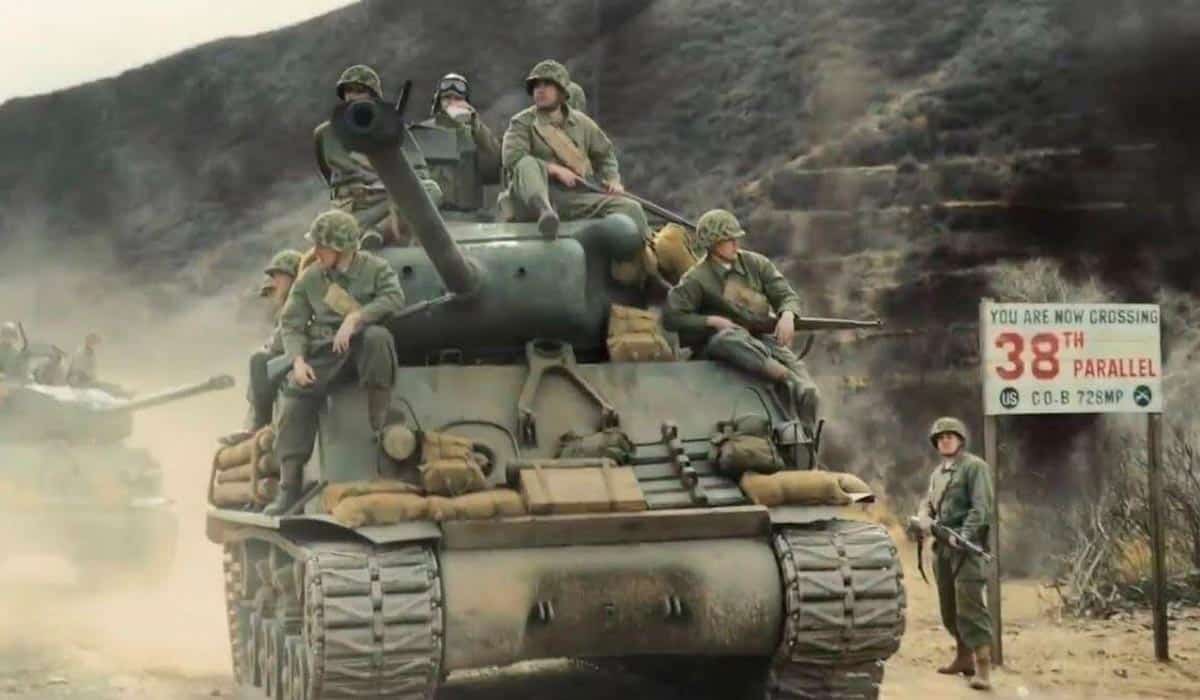 The Battle of Changjin Lake. With a frozen potato for food and a rifle, the Chinese annihilate waves of Americans.

The story of The Battle of Changjin Lake takes place in the winter of 1950 in North Korea. In the frigid region of Lake Changjin, a bloody battle between the United States and China begins. Confronted with the harshest conditions of extreme cold, lack of rations, and wide gaps in weaponry, Chinese troops are forging ahead, fearless and determined, achieving the most critical victory in the war, in defense of North Korea.

With the best special and visual effects that can be found in Chinese cinema, the war in which Chinese ‘volunteer’ troops who helped expel the US from North Korea, up to the 38th parallel, the border with Korea, has been recreated. from the south.

An army of Chinese volunteers of humble origins, with little equipment, almost no food, and with basic weapons, at the request of the president of China, Chiang Kai-Shek, come to the aid of North Korea against the aggression of the largest army in the world, commanded by him General MacArthur, with the best troops and the best weapons that exists. In a small detachment of Chinese soldiers are the two protagonists, two brothers who come from a village in the interior of China, whose dream is to build a good house by the lake for their parents and their family. With a lack of clothing for winter, and temperatures of 40 below zero, and eating small portions of frozen potatoes, they manage to defeat waves of Americans who appear with tanks, planes and all kinds of latest-generation weapons over and over again.

The first third of the film is very well developed with a balance between dialogue and action scenes, but after the first hour has elapsed, it becomes a monotony of incessant fighting in which a few almost unarmed Chinese annihilate the American, Rambo-style, but in reverse conditions. It seems that the producer the 3 hours of duration fell short, and the last third everything is even more accelerated, and with cuts that summarize the end. Since the last third seems like a summary of something that was initially longer, it creates confusion and makes it unclear what the fate of the protagonists has been, who lose track between so much summary and so much struggle.

At a delicate moment on a global level, in which Russia is once again a threat to the West, and China remains neutral, but could opt at any moment in support of Russia, this war film emerges that exalts the courage of the Chinese, which in armament inferiority, they managed to beat the USA.

With compulsory screenings in schools, and with the imprisonment of some people who have questioned the veracity of the argument, it has become the highest grossing film in the history of Chinese cinema.

The Battle of Changjin Lake

Title : The Battle of Changjin Lake

Synopsis: Chinese soldiers won the battle at Changjin Lake, also known as the Battle of Chosin Reservoir, in extreme weather conditions. The fighting between the United States and China, which took place from November 27 to December 24, 1950, is considered one of the most violent battles of the Korean War.

Happy birthday, your majesty! King Carlos III turns 74 and they celebrated it that way