Quinceañera goes viral for arriving by crane at her party 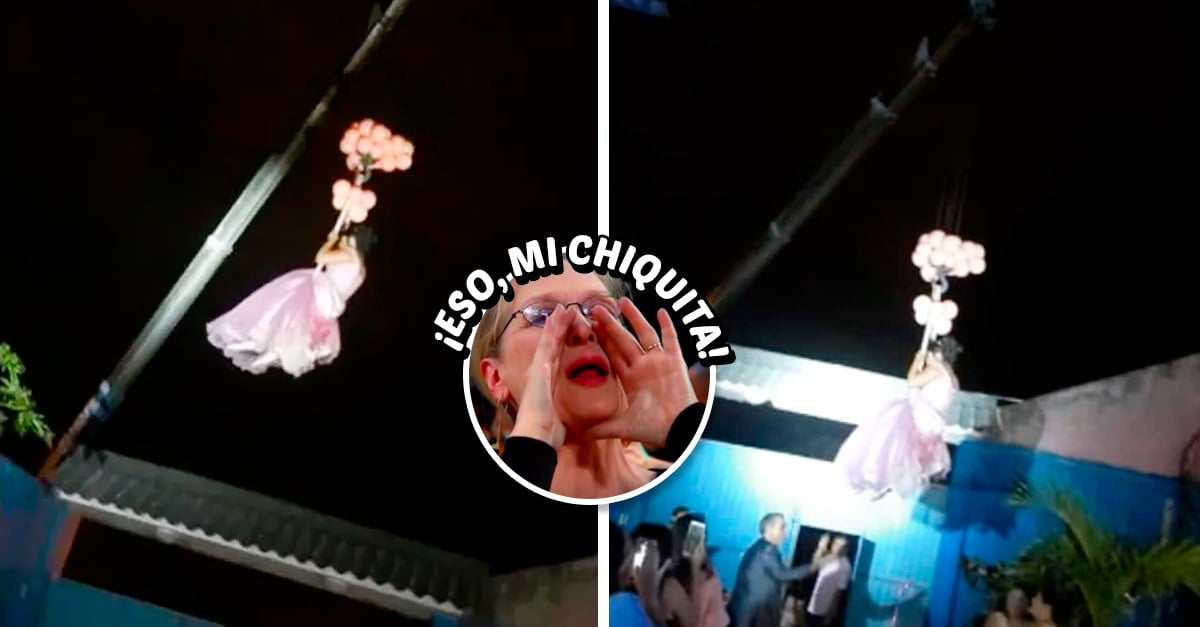 Every quinceañera deserves an unforgettable party and that includes a beautiful dress, a waltz and a grand entrance before all the guests, just like the one that a girl from Bolivia had, who arrived at her event from the heights and with the help of a crane. .

The moment was recorded on video, shared on TikTok and has been viewed millions of times.

In the viral clip, the fifteen-year-old is seen descending from the heights to the dance floor with the help of a crane, which was decorated with huge and colorful balloons.

As expected, the video clip was accompanied by the theme of the telenovela quinceanera and accumulates thousands of reactions and comments, among which you can read:

‘I imagine the parents running around to get the tow truck’; ‘Lady Gaga… I see a rival’; ‘It’s raining quinceañeras’; ‘Don’t do the same as everyone else, make your party unforgettable and different from the others… Automatically I…’.

While some Internet users found it funny, others found it somewhat original and applauded the bravery of the fifteen-year-old for daring to climb the crane without any protection.

So far, the fifteen-year-old has not commented on the subject. However, we have no doubt that your party was incredible and that neither your guests nor the internet will forget your grand entrance.

Marvel inspired the creator of Game of Thrones