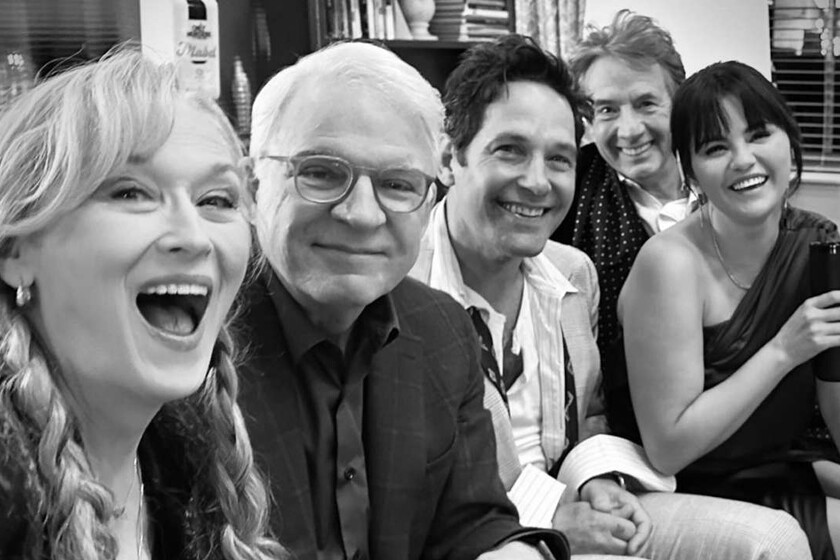 having to Steve Martin and Martin Short, it is clear that in ‘Only murders in the building’ they do not mess around when it comes to having a stellar cast for their new episodes. And be careful, because it has been Selena Gomez the one in charge of surprising us by announcing the signing of Meryl Streep for season 3 of the sitcom on Disney+.

Only stars in the building

In this way, Streep joins Paul Rudd as the star signing of this season 3 in a role that, for the moment, has not been revealed. Remember that these new episodes will revolve around Ben Glenroy’s death (Rudd), who collapses on the stage of Oliver’s play.

The last time we saw Meryl Streep on television was in season 2 of ‘Big Little Lies’ (HBO Max), in which she played Perry’s mother (Alexander Skarsgård), husband of Celeste (Nicole Kidman). In addition, soon we will see it in the Apple TV + anthology ‘Extrapolations’.

Martin and John Hoffman are in charge of taking the baton in ‘Only murders in the building’, which The filming of its season 3 has just started. Jesse Williams (‘Grey’s Anatomy’) will also participate in these new episodes of the mystery comedy.

Is Michelle Salas pregnant? The model puts an end to the rumors

At 93, the second man to set foot on the moon married