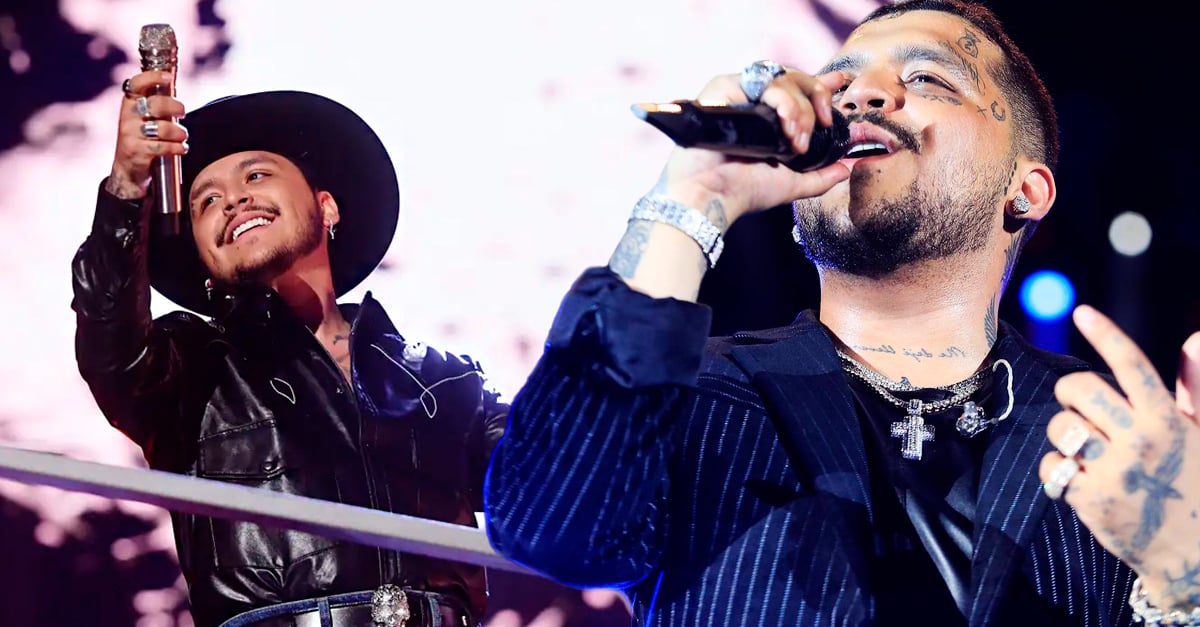 In addition to being involved in various controversies with his ex-girlfriend Belinda, his ex-mother-in-law Belinda Schull and even the recent fight with Colombian singer J Balvin, Christian Nodal has positioned himself as one of the main representatives of regional Mexican music.

To show this, there is the tour Outlaw Tour, in which the 23-year-old singer has filled the stages of his concerts in each country in which he has performed in recent months. That is why he recently announced that he is retiring for a while from the shows and will take two months of vacation.

Through a series of stories on his Instagram account, on July 4, the interpreter of We are no longer nor will we be He shared with his followers the news that he is retiring from the stage for a while, since during the months of July and August he hopes to rest a bit from the tour and focus on continuing to create music.

Among his reasons, he explained that during the time he is on vacation he will focus on continuing to work on the songs for his next record production. outlaw2an album that promises to come full of music and some surprises for the fans.

Christian Nodal announces a two-month break after the #OutlawTour for Mexico and Latin America, likewise thanks all the people who were part of it. Christian will also be working on his next album “Foraji2”. pic.twitter.com/F6WGVm4g3R

Show season is over, I’m going to take two months of vacation in July and August. There are very few dates left. I want to thank all my fans with all my heart for giving themselves with all their soul in each of the shows.

Assuring that there are very few dates left on this tour, he also thanked the public from Guatemala, Costa Rica, Honduras, Bolivia, Chile, Mexico, Colombia and each country in which one of his presentations took place for the affection and dedication.

In addition, he assured that he will be uploading videos and exclusive content of everything that happened during this tour, since he has not had time to share it with his followers.

I’m also going to be working on the ‘Foraji2’ album, so expect lots of music and lots of nice things. I love them very much. Thank you very much for joining me.

It is worth mentioning that his next record material will be in charge of Sony Music, since he previously faced a legal situation with his former Universal Music label. Among the surprises that this new album will bring, it seems that Nodal will include collaborations with some singers, but so far none have been confirmed nor is there an official release date.

He celebrates his mother’s birthday with a Coppel theme

Description of the first images of What if…? at SDCC

Star Lord is different according to the Marvel movie