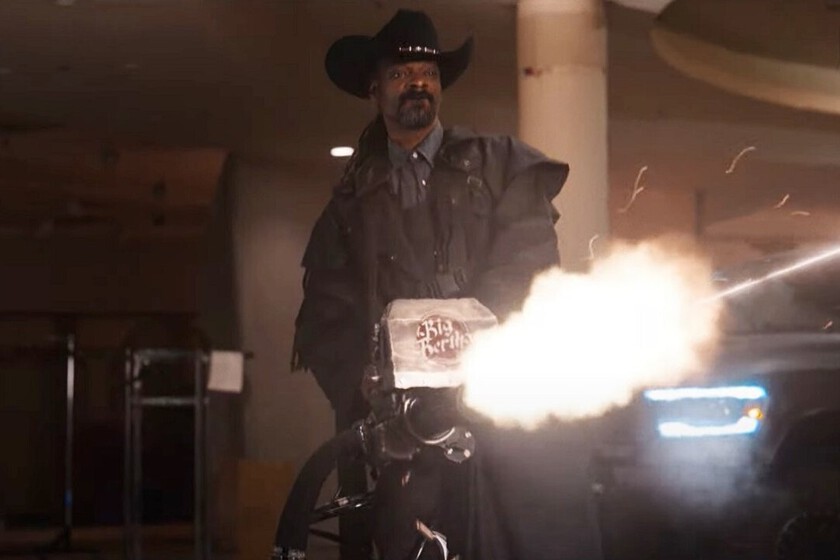 There is already the official trailer for the long-awaited Netflix movie ‘Day Shift’ (Day Shift, 2022) the vampires flee from Jamie Foxx and Snoop Dogg, who join Dave Franco in the new from the creators of ‘John Wick’. Foxx is the main protagonist, a man who just wants to make a living to support his young daughter by working as a pool cleaner in the San Fernando Valley. a front for his real job of hunting and killing vampires.

The trailer begins by showing Foxx cleaning a possum out of a pool, and when he puts down his cleaning supplies, it is revealed that he is hiding his actual vampire-exterminating tools. Foxx brings a rifle to an older woman at his house and her body transforms into a creature of the night. Of the team that “taught John Wick to kick butt“, is produced by Shaun Redick, Yvette Yates Redick, Chad Stahelski, and Jason Spitz.

“Jamie Foxx stars as a hard-working father who just wants to provide a good life for his resourceful daughter, but his mundane job cleaning pools in the San Fernando Valley is a cover for his real source of income, hunting and killing vampires as part of his life. of an international union of vampire hunters”.

JJ Perry makes his directorial debut in ‘Day Shift,’ which is based on a script first discovered in a movie script competition. In addition to Foxx, Franco and Snoop Doggthe project has an all-star cast that includes Karla Souza, Meagan Good, Natasha Liu Bordizzo, Oliver Masucci, Steve Howey, Scott Adkins and Zion Broadnax. The film arrives on Netflix on August 12.

All of Sofia Coppola’s movies ranked from worst to best