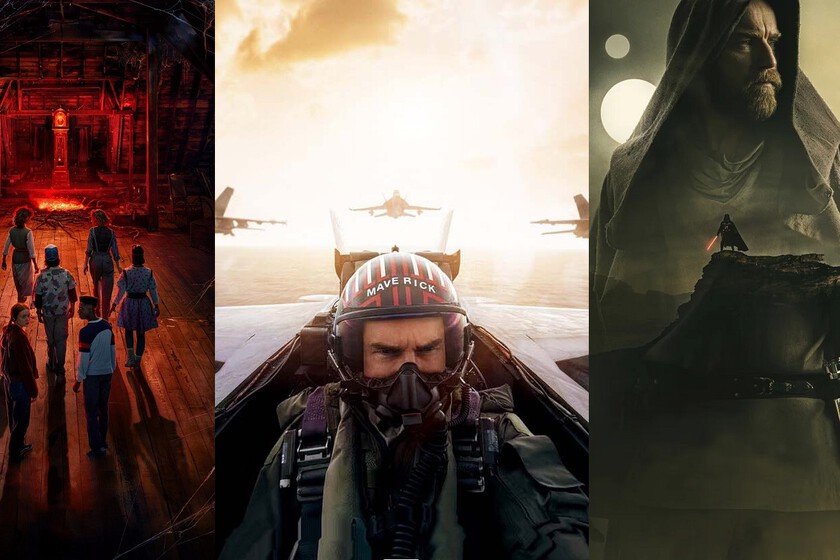 These last few days we have seen highly anticipated titles like ‘Top Gun: Maverick’, ‘Obi-Wan Kenobi’ and ‘Stranger Things 4’ break records at the same time. Great cause for celebration paramountDisney+ and Netflixbut the truth is that the credibility of those three greatest hits is not the same.

A matter of data

On the one hand, we have the film starring Tom Cruise, whose triumph is indisputable, since it is measured according to the income obtained by it at the box office. There you can put some buts such as inflation to be able to question that record for the best long weekend of Memorial Day in the United States, but it is based on perfectly measured data that cannot be manipulated. Well, there are specific cases such as the tricks to obtain subsidies that occurred in Spain, but ‘Top Gun: Maverick’, which is already the highest grossing Tom Cruise film in history in the United States, play in a totally different league and outside of that.

Things get more complicated when we talk about a success in the world of streamingsince the platforms are usually very reluctant when it comes to providing data that supports those great successes that they claim to have every so often.

In the case of Netflix and ‘Stranger Things 4’ we have no choice but to believe the data provided by the platform itself through the Top 10 website, where it is also measured only in millions of hours played and a limited selection of titles. With all its imperfectionsbefore it was worse with its policy of counting two minutes as a complete viewing-, at least they contribute something to be able to defend it, but of course, there is always the question of to what extent that is credible and, above all, how many viewers ended up not seeing the title in particular and how many watched all the episodes.

Yes indeed, the case of ‘Obi-Wan Kenobi’ is more bloodybecause we just have to believe a Disney+ tweet saying that it had achieved the best premiere of a Netflix series, taking as a reference the number of hours viewed during the weekend of its premiere. Come on, the same as Netflix but without providing any specific data that justifies it. And so it is impossible to do any type of quantification, even with all the buts that this way of measuring success has.

What remains like this is a growing sense of artificial success when it is something that could perfectly well be avoided.. If the data is so spectacular, there should be no problem sharing it, but the idea that remains is that the box office data is shared because there is no other way and that transparency is the least important thing. And so the records are less so.