Matt Damon turned down being Two-Face in The Dark Knight 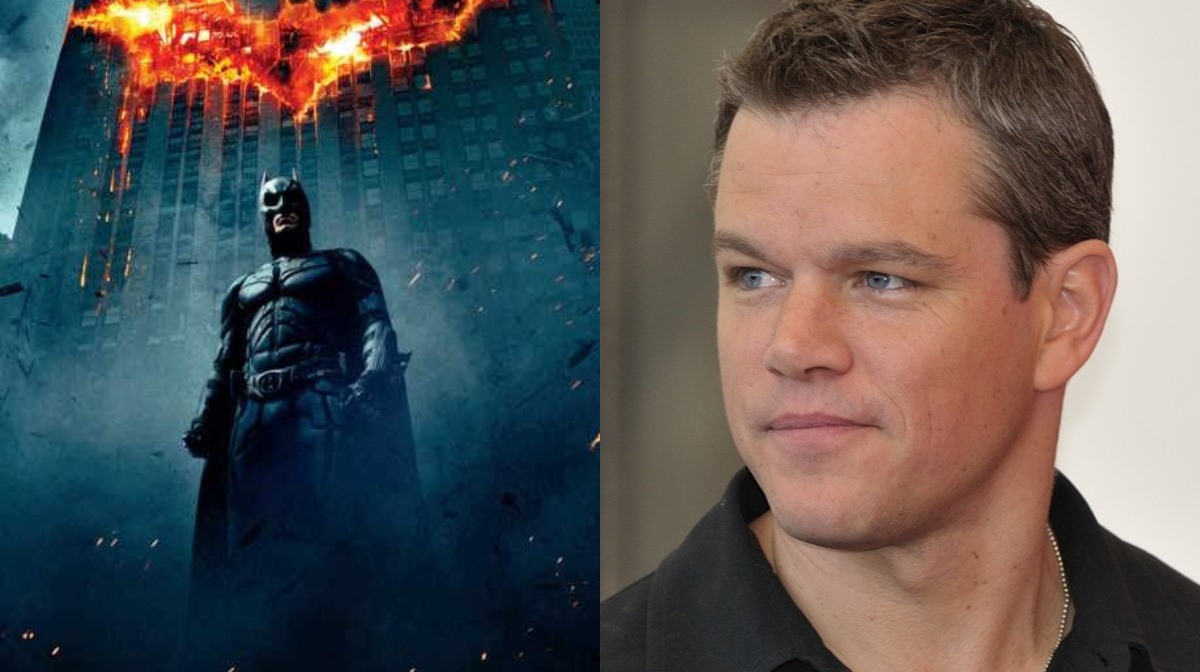 The production of The Dark Knight, one of the best films in DC history, wrote several stories, such as that of Matt Damon, who refused to become a villain

There are actors whose destiny did not contemplate being in a DC Comics movie, and the most recent case that was revealed was that of Matt Damon, who turned down a role in The Dark Knight, the film released in 2008 with Christian Bale as Batman and the missing Heath Ledger as Joker.

Do not miss: What happened to Joey King? This is what the girl who appeared in The Dark Knight Rises looks like

This is not the first time that Matt Damon has come close to joining the Dark Knight story on the big screen. In 1988 Damon was considered as one of the actors to play Dick Grayson / Robin, but Tim Burton ruled out the appearance of Batman’s partner.

In 1996 Damon again came close to becoming Robin in Joel Schumacher’s Batman & Robin, but his name was on the list in case Chris O’Donnel hadn’t arranged with Warner Bros.

“There was another big movie he was doing, where he was like, ‘I can’t play Harvey Dent, this is a relatively small role. But I’m leading this other thing’”.

Damon is not the only actor who refused to become a Batman villain, in 1989 Warner Bros. had contacted Robin Williams to become Joker, but this only so that Jack Nicholson accepted the role in Tim Burton’s film.

Madonna also turned down the role of Catwoman in 1991, which would later fall into the hands of Michelle Pfeiffer, who took the role after Anette Benning was unable to accept the offer because she was pregnant.

You can also read: Why did Two-Face have a different origin in The Dark Knight?

Eduin Caz pampers his wife, Daisy Anahy, with huge bouquets of roses to celebrate 13 years together

Cameron Diaz talks about the importance of finding a gentleman