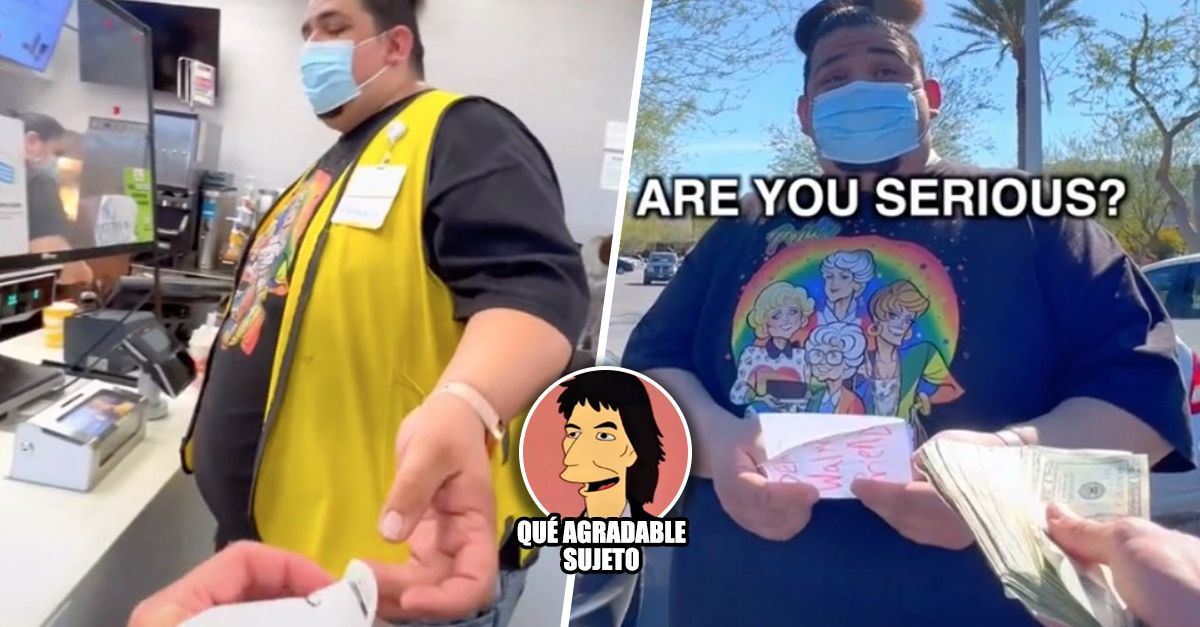 There is a saying that “it is well-born to be grateful”, and although many do not apply it in their daily lives, there are those who manage to reciprocate good deeds with great gratitude. If you don’t believe it, just look at how this worker received generous help just for giving away food to a person in need.

A guy was just pretending to need help when suddenly a man came over to buy him some food and that’s how he repaid him for his noble deed. This only makes it clear to us that good people are always more.

The tiktoker Jimmy Darts shared a video on his account in which you can see how he was outside a McDonald’s in the United States dressed as a homeless person, all to find out who would be the first to approach him to help him – if anyone did.

It was then that a Walmart worker approached, asking if he needed anything, to which Darts commented, “I was just trying to get food. I just had a rough day.”

He was taught to give even when he didn’t have 🥺❤️

The man told him to pick what he wanted and then he paid the bill and just left. But Jimmy wasn’t going to sit idly by! He found out who he was, got his phone number and then met him in the same restaurant parking lot to give him a little surprise and reward him for his incredible solidarity.

The man, whose name is Ramond by the way, told Darts that he lived with foster parents who taught him to help those who needed it most even if he had nothing, so that’s why he bought the food, even though he was struggling a little financially for his car payments. Knowing this, Dart gave him a thousand dollars, which he liked very much.

Jimmy Darts is a well-known tiktoker because in his videos he shows how incredibly kind people can be, he pretends to ask for help and then contacts people so he can reward them. Without a doubt, he is a great guy who makes the day more pleasant for those he meets along the way.

The Black Phone: among the best HORROR movies of 2022; what is it about?