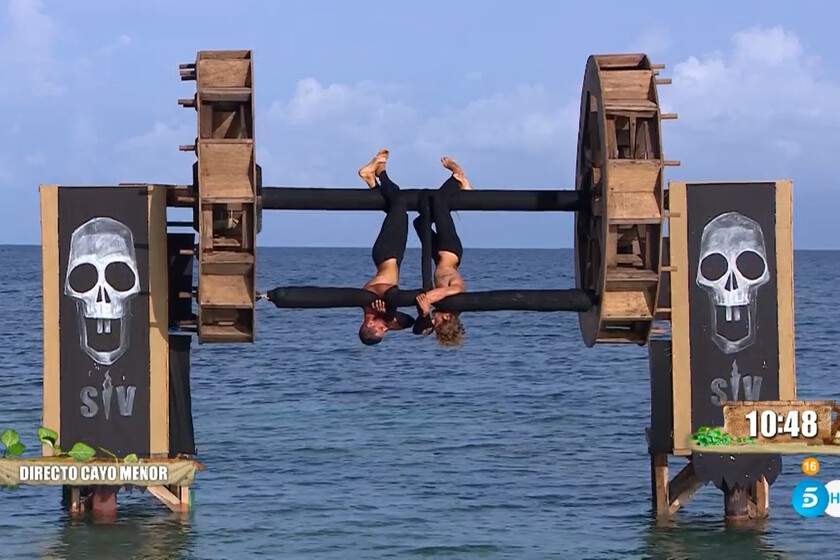 Ding, dong, the witch is dead! Kiko Matamoros, after ten galas being continuously saved by the audience, has been expelled in his confrontation against Yulen and Ignacio de Borbón. It seems that Yulen’s strategy of approaching Anabel carnally has had an effect. Either that, or -I don’t want to think badly of Mediaset- at this point in the contest they already have the list of all those expelled and the plots that are going to happen. That we have not seen ‘UnReal’ so as not to intuit things.

This week, Kiko Matamoros has continued to be the pupas of the island, but, surprisingly, his highlight was not being bitten by a spider before the test, but an express sexology class with Yulen where he explained with hairs and bones how to cure a gunshot or how long an erection lasts with the precision of Lorena Berdún. Yes there are someone you want to hear sex advice fromthat is, without a doubt, Kiko Matamoros.

The public, after saving him the first one every week, has decided that he is well enough and has finished his adventure on the island. “It’s time to bend the knee and go to Madrid”, he said before knowing that he still has to have his knee straight because he has to spend a week at Playa Parasito with Marta. “Nacho, I’m taking a friendWhen you’re 30 years old and I’m 75, you’ll be telling me where you’ve come, which will be very far”. Nacho’s last name is “from Bourbon”. Indeed, Kiko, he’s going to go far one way or another.

Arriving at the Palafito, Kiko Matamoros had no choice but to ask the audience to expel him and give Marta another chance, something that the contestant, accused this week of slicing a mango (I’m never going to miss out on the opportunity to make this play on words ever), he has taken advantage of it in his favor. We’ll see what the audience, which is sometimes very bloody, decides for these two.

Two tests, two, have been held today at a gala commanded by Carlos Sobera after Jorge Javier Vázquez’s withdrawal due to Covid. The first, reward, had a Mexican dinner as a prize. Keep in mind that this week Anabel has already eaten a giant hamburger for cutting her hair 25 centimeters: definitely, you eat better inside than outside that island.

Anabel for 5 cm of hair, an XXXL hamburger plus fries, 3 pizzas, 8 kebabs, 5 chocolate bars and 2 boxes of manolitos.#SVGala11

The first game, in which one person acts as a puppet (Ana Luque) and the other three have to take her through different obstacles, Alejandro, Anabel and Yulen have won it, not because of skill, but because of Nacho Palau’s injury to the opposing team. Alejandro and Ignacio, confronted after the result, have called each other niceties like “fool” or “we’ll see each other outside”. In the end they have shared some Mexican food, so not too bad. There’s nothing a taco won’t cure. No, stupid cock, not a taco to eat.

The second game is the infernal ferris wheel, because, let’s see, why think and devise new games if you already have one that works well? After more than ten minutes going around, Alejandro has fallen and has blamed Mexican foodand it makes sense: he has lost against a Nacho.

I don’t want to imagine him having an orgasm! #SVGala11

And the nominations, what?

Telecinco, which never tires of making viewers of ‘Survivors’ dizzy, has decided that puts the nominations back on fridaysso in this final stretch we will see the divided programs again (and, once again, taking over almost the entire grid of the chain). There are only seven contestants left (more Marta and Kiko) and there is less left for Mediaset to put all its effort into the fifth installment of ‘The Island of Temptations’. It is what it is.

a face to face with the singles, Sandra evicting the bonfire and other unexpected twists in the advance of the twelfth gala

The last rebellion arrives at the HBO Max series

Star Wars confirms there will be Obi-Wan Kenobi season 2