Karen freaks out because she didn’t get her fries 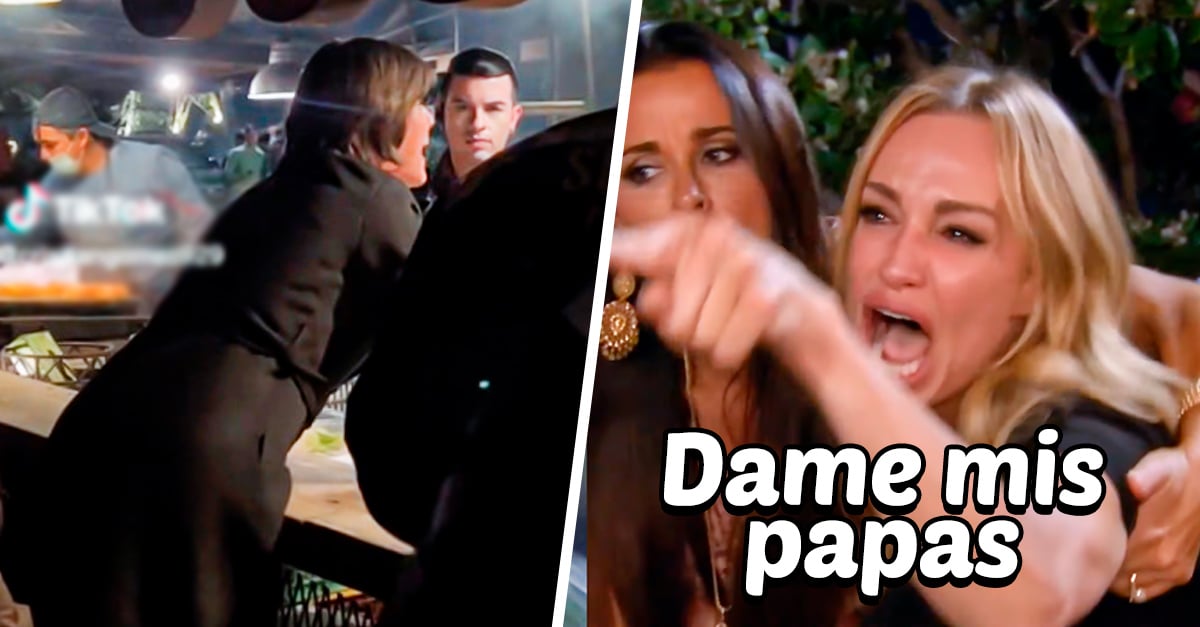 Recently, the devil entered a woman in a fast food restaurant, for which security elements had to go to exorcise her, since she began to attack the workers of the place. Possession of her happened after the lady was not given her order of potatoes, which logically made her go crazy.

Not much is known about the situation, but there really isn’t much to decipher, just that she is one more “Karen”, believing that she has the right to insult others because she feels attacked. Although this time we understand slightly, because we have all been victims of hunger and its long-term effects.

Surely after the funny episode, the business will have a long line of customers who want to understand why so much madness for some potatoes. Honestly, it has already become our life purpose to go to that establishment located in Cundinamarca, Colombia. How do you see if we put together a batch to go? leave your like as a positive response.

In the video, which has already reached one million views, we see how the woman demands an order for potatoes, which we don’t know if she really asked and the employees forgot, or if the lady was hallucinating because of hunger. We only know that her tantrum is similar to that of any three-year-old child.

The moment was taken with humor, because despite the fact that the fine lady was about to climb into the business to kill someone, the incident did not go any further. The following are some of the comments found on the TikTok video shared by Cristian Gómez:

‘Where is? I need to try those potatoes’; ‘A hungry person is capable of anything’; ‘Did you get his potatoes or not? We need to know!’; ‘Me when they steal a potato from my plate’; ‘The Colombian Karen does not exist…’.