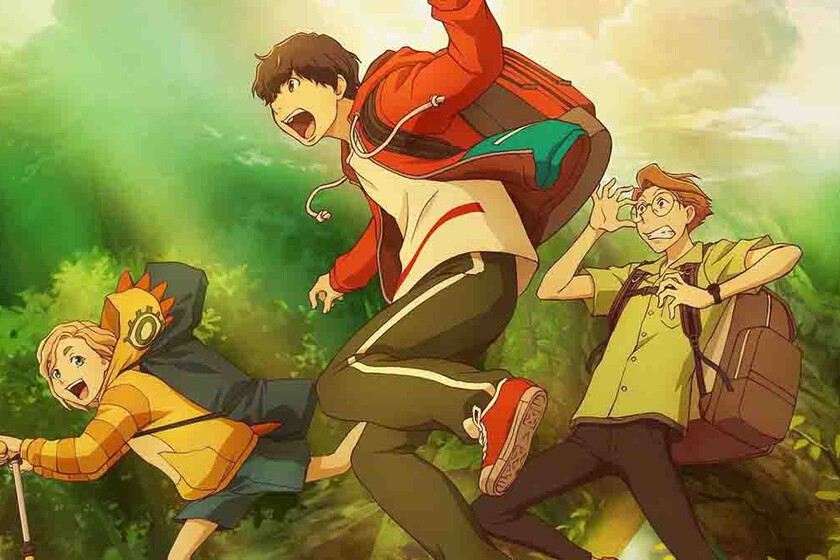 Summer is the most exciting time of the year before you become an adult and run out of the bargain of having three months of vacation in a row. Anything can happen in summer, and ‘So long, Don Glees!’ plunges headlong into the unforgettable adventure of a group of friends in a small town in Japan.

A great adventure at 15 years old

‘So long, Don Glees!’ premiered in Japan in February this year and was nominated for Best Film at the Annecy International Animated Film Festival. Its international distribution arrives in the middle of summer, and specifically we will be able to see it in cinemas in Spain from this July 15 from the hand of Selecta Vision.

Atsuko Ishizuka (‘Sora yori mo Tooi Basho’) is directing and writing the script for the anime film for Madhouse, with Takahiro Yoshimatsu designing the characters and Yoshiaki Fujisawa composing the soundtrack.

the plot of ‘So long, Don Glees!’ revolves around Rome, a boy who lives in a rural town and doesn’t fit in with other kids his age. His only friend is Toto, who has just returned from Tokyo during his first vacation from high school. This year things are a little different, because his small group of outcasts are joined by dropthe mysterious new member of the “Don Glees” who has just arrived from Iceland.

Trying to prove that they are not to blame for a forest fire, the three boys embark on an adventure through the woods that ends up being a treasure hunt in the hope of leaving a small mark on the world.

In a way, ‘So long, Don Glees!’ It is a story coming of age from the manual, but the characters and the narrative wrap you perfectly from the beginning and it is very easy to fall in love with all of them. Yes, the protagonists are sometimes idiots, but they are perfectly written for their age, with all the doubts and fears and anxieties that any kid with those years can have.

Though ‘So long, Don Glees!’ is a contemporary film and is full of situations that anyone can empathize with, it also has certain fantastic elements that are framed very well within the imposing landscapes and the epic search of its protagonists. It’s a movie full of magic, whether it’s because of the small details or because of the most incredible components that we have to accept as they are if we don’t want to be taken out of the film.

You have to throw it in his face certain twists towards the end are a bit taken with tweezers and it falls too much into somewhat forced coincidences, in addition to certain clichés of the genre… But if at that point you have allowed yourself to be convinced by the magic of the story and its protagonists, it does not matter at all either. Although it is true that the final reveal may deflate the plot a bit and it makes us wish that we had stayed with a slightly more “realistic” story and all the emotions that it can bring us.

Because eye, although ‘So long, Don Glees!’ she is very emotional and knows when to put her finger on it, tit’s also incredibly funny and manages to make you laugh on more than one occasion.

Definitely, it is also a film that deserves to be enjoyed on the big screen, because not only does it have spectacular and subtle animation, but the entire visual section is really beautiful. The photography and the detail of the funds is spectacularly careful and it does not have an ugly plane.

‘So long, Don Glees!’ is full of nostalgia and love, offering an emotional reflection on how certain people mark your life and are the ones who help you move forward when you need it most.

Matthew Perry almost and does not attend the meeting of the series “Friends”, due to an emergency operation

Boss allows his employee to take his daughter to work

A mother goes undercover with criminals to rescue her daughter