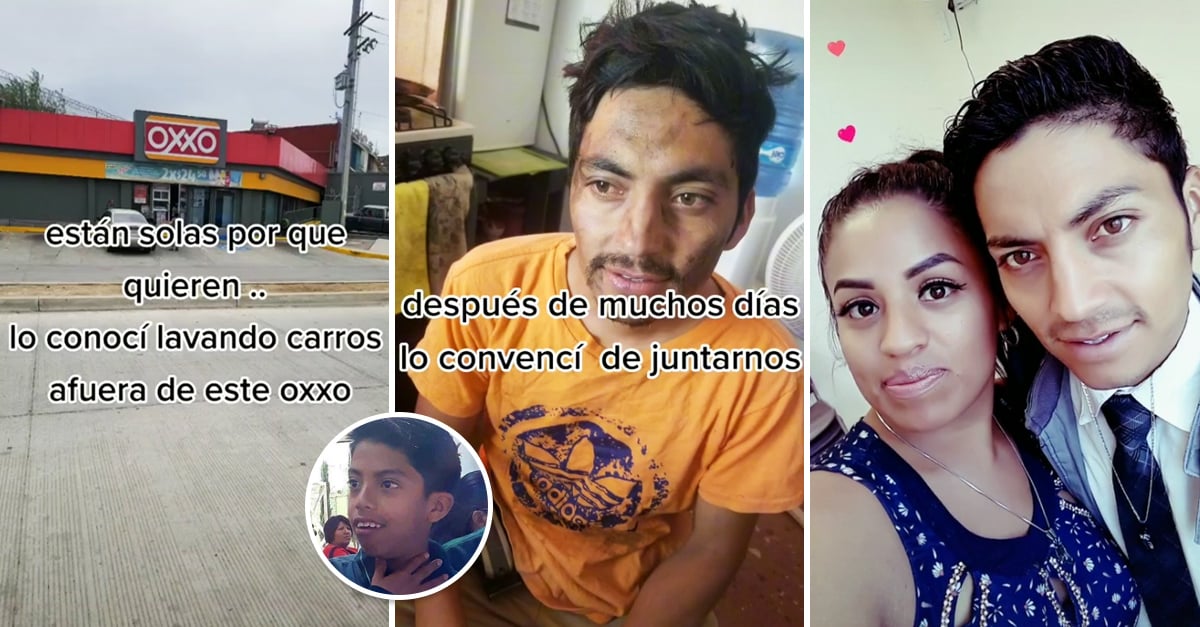 Surely on more than one occasion you have heard the expression “a little bath and for my friend” or you have applied it to that girl who has been single for a long time and complains about not having a partner in her life.

Under the argument that some girls are alone because they are distracted, a joke emerged that went viral on TikTok, which is that when they see a homeless person on the street, network users take out their cell phones and record the person under the famous phrase. However, there are those who have taken it very literally and have applied it, as in the case of this Mexican woman, who met a homeless boy, took him off the streets, lived together and even became parents.

The video that has left users speechless on TikTok was shared on the account of Lakiza, a woman from Michoacán, in Mexico, who, through a 44-second recording, recounted how she met the man of her life. .

Beginning with the phrase “They are alone because they want to” and with the song January day Shakira as a background, the woman explained that she first saw the boy washing cars outside an OXXO. After meeting him, she followed him and realized that he lived under a tree on a street. After several days of knowing each other, she convinced him and he agreed to live together and took him off the streets.

After cutting his hair and giving him a little bath, Lakiza assured that the man was very handsome and they made the decision to start a family. This is how they had three daughters. Unfortunately, they suffered the loss of a baby, but she assures that she is very happy with him.

He is very good, he helps me with everything and does anything to make me happy.

There is no doubt that the one who seeks finds, I found the other half that I needed with him.

The shocking way in which this love story began managed to captivate everyone on TikTok, where they immediately made the video popular and soon turned the entire Internet.

The recording generated all kinds of comments, ranging from users who supported their love story to those who criticized it. In addition, there were those who took the situation with humor and made jokes about it.

Given the insistent comments she received that the man did not love her and was only grateful for having taken him out of the street situation in which he lived, Lakiza has shared other videos in which the man is seen painting his nails and giving him a massage on the back, assuring that he treats her like a queen.

♬ Woman in Love – The Komander

So if you’re single and you’re looking for the man of your life, all you have to do is take a look around you, choose the bum you like the most and apply this girl’s: “a little bath and for me”.

The Castañada on All Hallows’ Eve

BLACKPINK releases PINK VENOM poster, what do we expect from the comeback?