Girl finds out her late mother was her boyfriend’s teacher 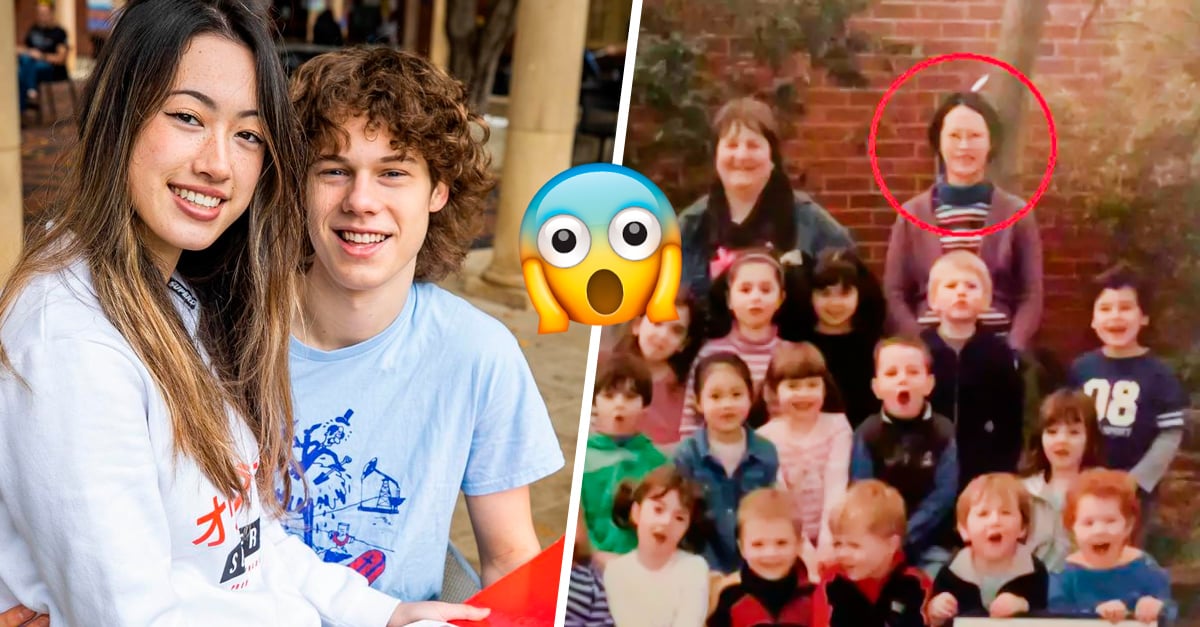 Without a doubt, one of the greatest pains that human beings can experience is the death of the being that gave us life. Although time is the best medicine to overcome the grieving stage, the absence of a mother will always dwell in the depths of our hearts.

Knowing that mom will not be present to witness our achievements and joys is reason enough to sadden the soul. However, experiences like this can bring with them an incredible surprise of fate. Like that of Leah Menzies, the protagonist of the following story.

Leah, a university student from Australia, lost her mother when she was seven years old, so it saddened her to know that her boyfriend would never meet the woman who gave him life. However, due to an old photo of her, she found out that the paths of her late mother and her current boyfriend unknowingly crossed more than ten years before they met.

According to Today, When Leah, 18, met the family of her boyfriend Thomas McLeodd, also 18, her mother told her about a goofy face the boy made in a school photo when he was three.

To his surprise, when Thomas was reunited with the snapshot of his childhood, the face of his preschool teacher was more familiar than ever, since it was nothing more and nothing less than the deceased mother of his girlfriend.

As the story was too shocking to be true, the girl shared a heartwarming video on TikTok, showing the shocking discovery after the couple stumbled across the picture when flipping through Thomas’s school album.

The clip captioned “I found out about it through this photo in your photo album. A moment out of a movie”, it did not take long to go viral and has been seen more than 40 million times by users who have been shocked by the amazing story:

Me thinking my mom (who died when I was seven) will never meet my future boyfriend, only to find out she was his preschool teacher.

In a follow-up video, Leah clarified that although she met her boyfriend in high school, they didn’t meet until they started dating seven months ago and were unaware of the extraordinary “connection” between them. As for the reaction of her boyfriend, the girl she said that he “was speechless”:

I only knew that she was a teacher. I was so confused because she didn’t notice me. I was like, ‘Why are you being so dramatic?’ And then I looked and started crying.

According to Today, Leah shared that although her boyfriend was too young to remember his teacher, Thomas’s mom remembers her as a “very kind and gentle” person. The young woman added that the fact that Thomas and her mother could meet her means everything to her and that perhaps it was a sign that they were destined to be together:

It’s amazing that she knew him. What bothers me is that she was standing with my future boyfriend without a clue.

Cuba Gooding Jr. will not go to prison; he pleads guilty to stalking

The university jacket is the basic of the season, and Bershka lowers the price of its star models to add to our wardrobe