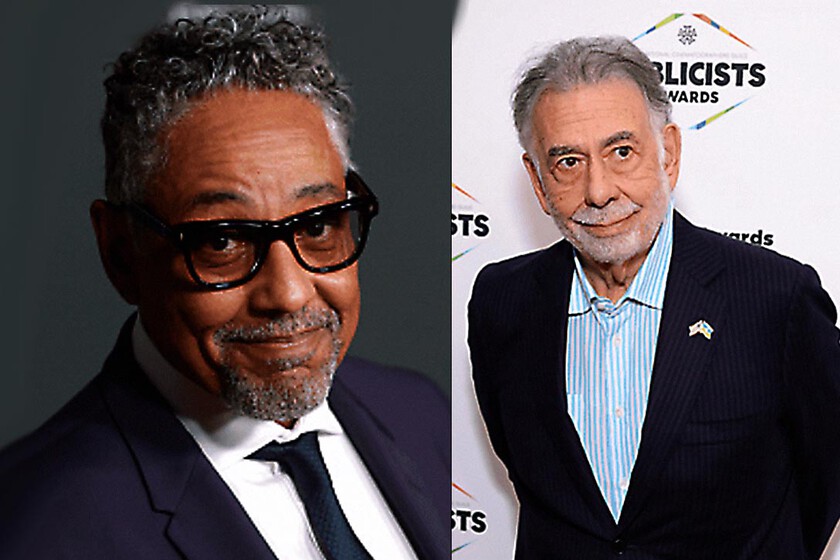 Francis Ford Coppola has included Giancarlo Esposito in the cast of stars of ‘Megalopolis’, his ambitious self-financed project that has experienced a series of problems that the director has recently denied. Esposito played Gus Fring on “Breaking Bad” and earned an Emmy nomination for reprising “Better Call Saul.”

Coppola, who wrote the script, is filming in Atlanta and New York a plot in which “the fate of Rome lies in wait for a modern world unable to solve its own social problems in this epic tale of political ambition, genius and dangerous love.” Rumors from outside sources said that:

“Coppola is going to spend a lot more than he thought. You can only imagine how much he has invested already and it would be very hard not to finish it.“

Discussing some striking on-set images of a Shia LaBeouf in androgynous attire, Coppola recently told Deadline that the film is on schedule and on budget.

“I’ve never worked on a movie where I was so happy with the cast. I’m really happy with the look and that we’re on time. These reports never say who these sources are. To them I say, ‘Ha ha, just wait and see.’ Because this is a beautiful movie and mainly so because the cast is great. I have never enjoyed working with a cast that is so hardworking and so willing to look for the unconventional, to find hidden solutions. It’s exciting to work with these actors, and the photography is everything I could hope for. The daily copycats are great. So if we’re on time, and I love the actors, and the look is great, I don’t know what they’re talking about here.”

Nick Carter will sing a song for his late brother Aaron

What illness does Michael J. Fox from ‘Back to the Future’ have?

Amber Heard would bankrupt Johnny Depp if he wins the trial