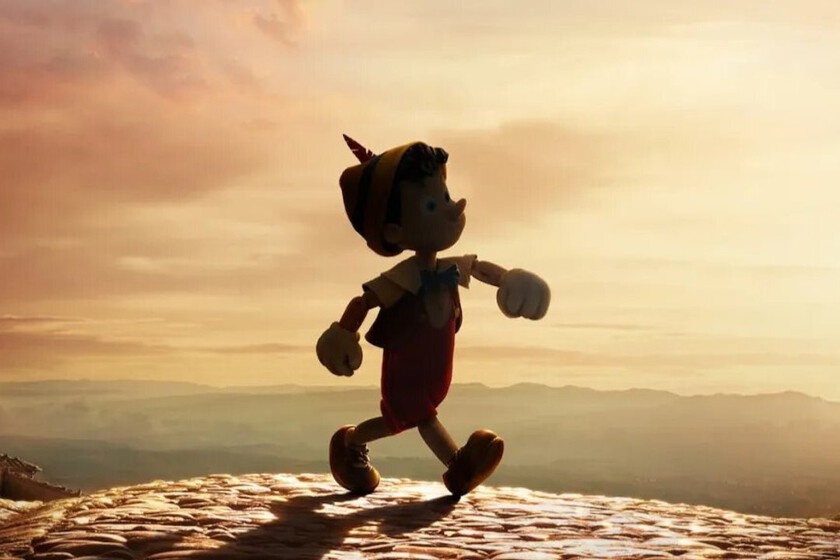 We are approaching a new Hollywood battle with two movies with identical premises being released in the same year, this time two totally different versions of ‘Pinocchio’. The first is Disney’s live action version of their cartoon classic, and now we have the first trailer for it.. The second is Guillermo del Toro’s stop-motion animated Pinocchio, which is expected to premiere on Netflix this fall and is sure to be a much darker take on the material.

The Disney version will be ahead of Netflix in the market about three months. Disney announced today that the film will premiere on Disney+ on “Disney+ Day” 2022, which they have made an annual celebration of the company’s offerings and this year it falls on september 8. His ‘Pinocchio’ stars Tom Hanks as Geppetto, reuniting once again with director Robert Zemeckis, after making films like ‘Cast Away’, ‘Forrest Gump’ and ‘The Polar Express’ together.

Their official synopsis will not surprise anyone:

“A live-action retelling of the beloved story of a wooden puppet who embarks on an exciting adventure to become a real boy. Tom Hanks stars as Geppetto, the wood carver who builds and treats Pinocchio (Benjamin Evan Ainsworth) as his own son, and will be accompanied by Jiminy Cricket, who serves as both Pinocchio’s guide and his “conscience”.

Joseph Gordon-Levitt is Petpito Cricket, the Oscar nominee Cynthia Erivo it is the Blue Fairy; Keegan-Michael Key is honored Juan, The Oscar nominee Lorraine Braco is Sofia the seagull, a new character, and Luke Evans is The Coachman. Also in the cast are Kyanne Lamaya as Fabiana (and her puppet Sabina), Giuseppe Battiston as Lord Stromboli and Lewis Lloyd.