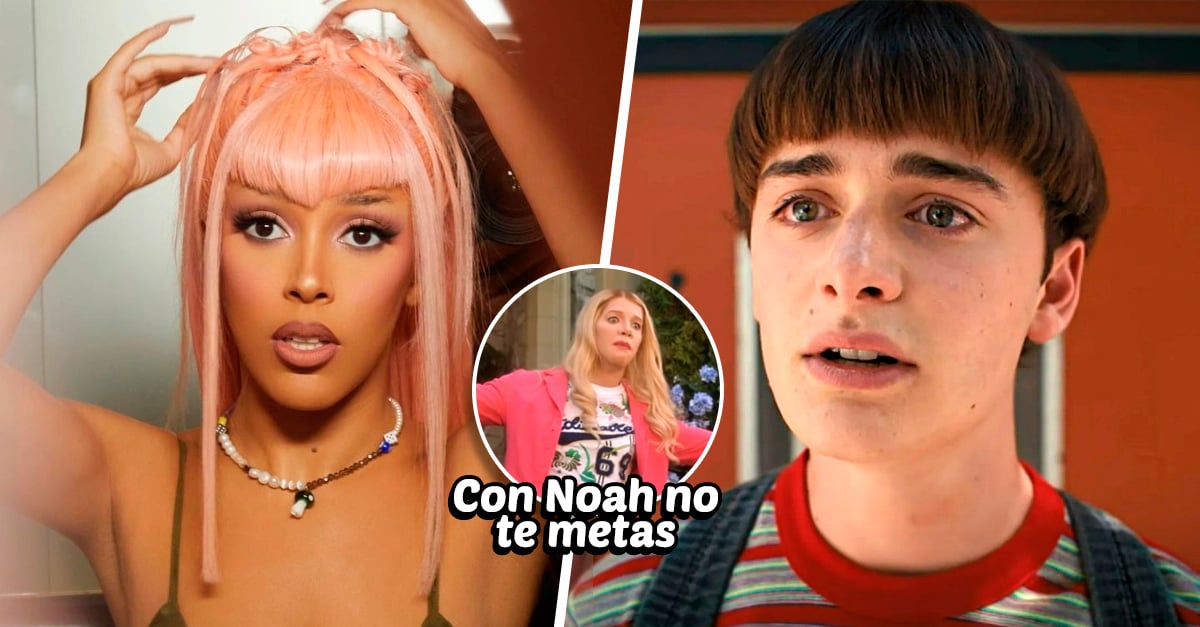 A week ago, Doja Cat made a video on Instagram Live to criticize Noah Schnapp, actor of Stranger Things, for sharing a conversation in which he asked her to help him win his co-star Joseph Quinn.

In said video, Doja called Noah a “snake”. In addition, she made publications trying to get her fans They will cancel the actor. But in an unexpected twist, his criticism ended up subtracting 200 thousand followers.

The fight between Doja and Noah began when the actor leaked how the singer approached him to try to contact her co-star Joseph Quinn. The screenshot shows how Doja asks about the actor’s Instagram and if he has a girlfriend, while Noah tells her that she should contact him.

However, she insists that she doesn’t know his Instagram; then, the protagonist of stranger things He shares a screenshot with Joseph’s account and ends the conversation. The situation seemed a bit funny to Noah, who did not hesitate to share the anecdote with his friends. fanswhich caused Doja’s anger.

Honestly I can see where Doja Cat is coming from pic.twitter.com/cNJMqKQea5

The singer was so upset that she made an Instagram Live to lash out at the actor.

But the fact that Noah did that, like he went and posted a private conversation between him and me, is so unbelievably unconscious and crazy. It’s snake shit, it’s weasel shit…

And I’m not saying that encapsulates his entire personality. Maybe he’s, like, a full snake. But I didn’t see it that way. I assumed he was going to be cool about it and he went and shared information that I didn’t feel comfortable with…

His words were not well received by Internet users, who stated that he should not have spoken of the actor in that way, not only because he did nothing wrong, but also because he is only 17 years old.

Unfortunately for Doja, the situation did not go well at all, as her reaction and insults brought great consequences, causing her to lose more than 200 thousand followers on Instagram. In addition, she received messages with ridicule for asking a 17-year-old boy for help to flirt.

On the other hand, Noah deleted the TikTok with the screenshot as an apology and this small act earned him more than a million followers. Meanwhile, Joseph, who was the bone of contention in this fight, has remained silent both to his partner’s conflict and to Doja’s unusual declaration of love, who has surely already lost her chance with him.

Tips for going back to school after vacation

Explanation to the “famous” dance scene

who will win the most important television awards