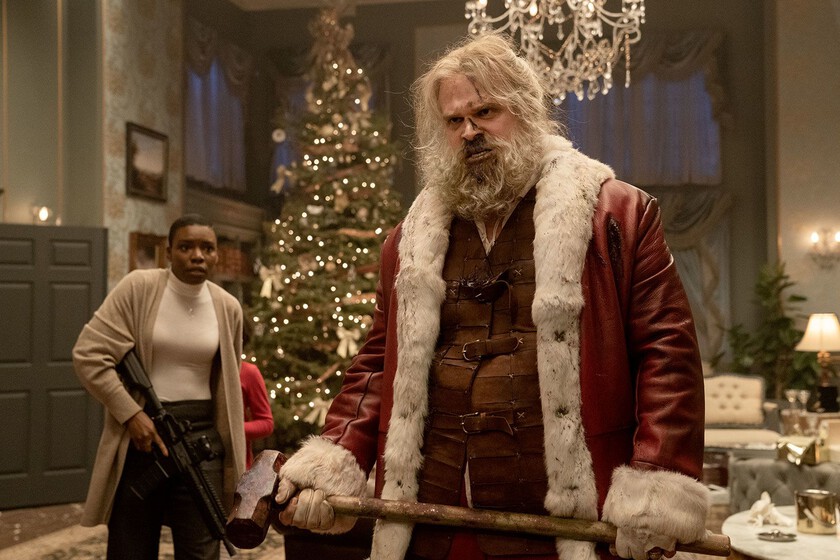 Santa Claus will return to the big screen. The director of ‘Silent Night’ (Violent Night), Tommy Wirkola, cHe confirmed that a sequel to David Harbor’s vehicle is already in the works, as the two parties are in talks to finalize agreements before filming. Since it’s still early in the process, as Wirkola says, the script is in the early days of treatment.

Wirkola confirmed that it will continue with Pat Casey and Josh Miller, the writers behind the first film. According to the director, some things were removed from the first movie that they will expand this timeincluding Santa’s house and the introduction of Mrs. Claus.

“There are things that we left in the montage like the North Pole, Mrs. Claus, the elves. But story-wise, I think we’ve got a really cool idea that expands the world and the scope, but still has that tone that we’ve loved ever since. first”.

In an interview last year, Miller said that Santa’s elves were initially part of the team’s script for Universalthough they ended up being axed due to budget constraints.

“The elves were part of our pitch, but once we sold the movie, that was one of the two general notes we got from Universal. It was something as simple as this: ‘We really can’t afford to show the North Pole, like this. let’s not do it.”

filming of the sequel is just around the corner

feed on something else

Dramas about K-Pop idols that have very striking plots

That’s how they convinced her to continue being Jessica Fletcher

Did you know them? This is how big Victoria Ruffo’s twins are