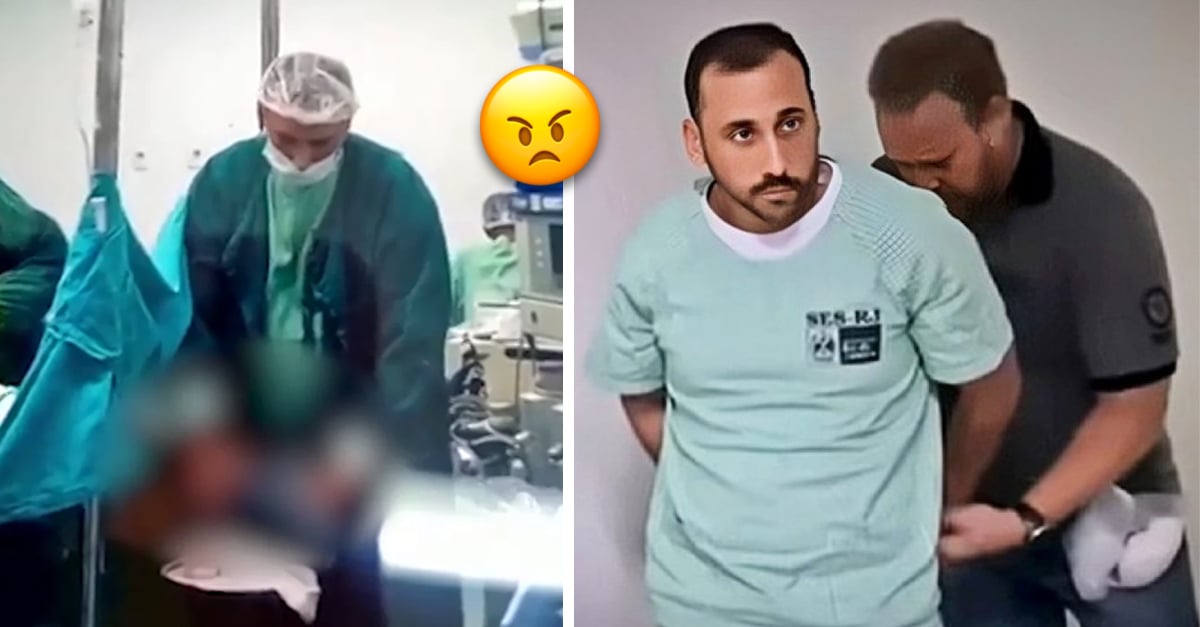 On July 10, the anesthesiologist Giovanni Quintella Bezerra, 32, was arrested by the police in Rio de Janeiro, Brazil, accused of sexually abusing a pregnant woman while she was undergoing a cesarean section in a hospital.

As reported by local media, Quintella was denounced by the same hospital where he worked, the Vilar dos Teles Women’s Hospital, in the municipality of São João de Meriti, after being caught sexually abusing a pregnant patient while a team of doctors I performed a caesarean section.

The arrest occurred after the Brazilian authorities saw a video filmed by members of the medical team that shows the anesthesiologist unzipping and inserting his member into the patient’s mouth, whom he had sedated minutes before for the intervention.

The medical team at the hospital began to suspect the behavior of the anesthesiologist due to the amount of sedation applied to the patients, so a hidden camera was installed in the operating room to verify the facts.

In addition, during the procedures, the nurses observed that Quintella constantly moved the patients’ heads and after a while cleaned their mouths with gauze. In this way he managed to orally abuse them, without the rest of the team of surgeons noticing.

According to the testimonies given to the authorities, in order to abuse the pregnant woman, Quintella insisted that the surgical curtain that separated the upper part of the patient’s body while the caesarean section was performed be higher than normal, so that the other Doctors could not be aware of their actions.

The authorities are investigating to determine if the anesthesiologist’s behavior was habitual and, therefore, if there are other victims. The Civil Police reviews about 30 surgical procedures in which the doctor has participated since April, when he concluded his specialty in Anesthesiology. In addition, they will examine the type of medication used by Quintella in each of the surgeries. From there, it will be found out if he committed other abuses.

We’ll investigate, we’ll do triage, we’ll see what the procedures were, and then we’ll dig deeper. There are more than 30 that have already been identified as possible [casos].

Giovanni Quintella Bezerra has been in prison since the early hours of July 11, accused of rape against a vulnerable person, a crime for which he could face a sentence of between 8 and 15 years in prison.

Bárbara Lomba, head of the São João de Meriti Women’s Assistance Police Station, is waiting to hear the testimony of two other patients who were treated by the doctor on the same day that the identified victim was attacked. The Department of Health of Rio de Janeiro reported that the woman who suffered the abuse was treated by a multidisciplinary team from the hospital after the attack.

there will be no new anime episodes during these dates

Antonela, Messi’s wife, dedicated a tender message to him in his match against Mexico

at H&M there is a clone suitable for our pockets

5 Actors Who Were Considered To Play Wolverine

it is velvet and very sexy