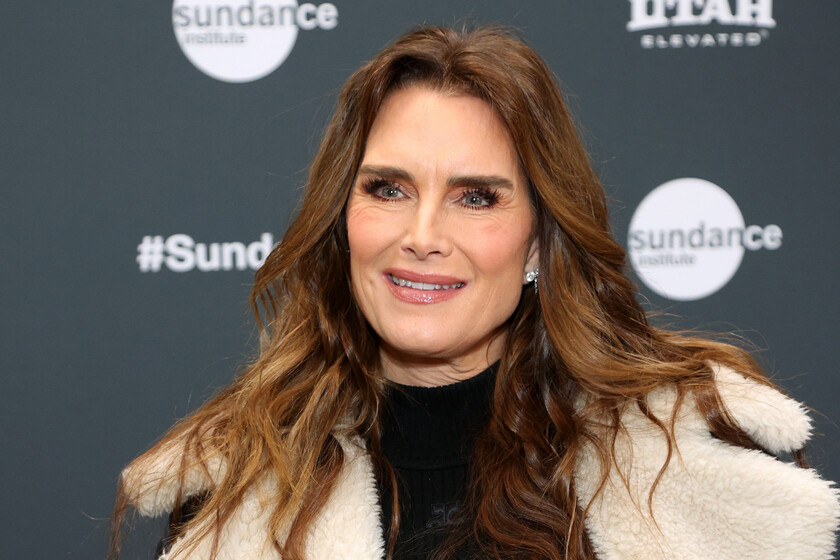 From a very young age, Brooke Shields has been a woman who has been judged by her physique. We might think that since it has happened to her (and it happens to her, look at selena gomez) to many women, but the last chapter that we know of his life is one more demonstration of the sexualization to which she was subjected from a very young age.

Although one of his best-known films is the blue lake in which he starred at the age of 15 with Christopher Atkins, the film that put him on the scene came two years earlier. In 1978 she stars in prettybaby, a drama that tells the story of a girl who lives in a brothel in New Orleans and that at the time was a very controversial film. Her director Louis Malle stripped her naked for her film and, without having kissed her before, forced her to kiss Keith Carradine, 16 years her senior.

Now the film with which it all began gives its name to his biographical documentary. prettybaby has reached the sundance festivals and in it, the actress tells us about how complicated her career is and explains some moments in her life that have managed to give us goosebumps.

The rape suffered by Brooke Shields at the age of 20

The Hulu documentary has been released to shock the world because in it, Brooke Shields confesses that she was raped at the age of 20. It was 1987 and the actress was studying at the university. Her career had been somewhat stagnant and to resume her career as an actress, she contacted a producer in Los Angeles to discuss future projects.

They had dinner together and then, as Brooke explains in the documentary, they went to the hotel where he was staying because he told her that he would ask for a taxi from there. But what really happened is that that moment was the beginning of the worst nightmare of Brooke Shields. He pounced on her naked like it was a “wrestling” scene, as Shields tearfully explains.

She thought about running away and screaming, but for fear of being drowned she decided not to resist. “I completely froze. I just thought ‘stay alive and go’. And I just shut up.”. Her bodyguard Gavin de Becker was the only person who knew what happened and who told her that the producer had raped her, but for years she was silent. Until now.

in the documentary confesses that he felt guiltysomething that often happens victims of abuse and rape. “He was telling me ‘I shouldn’t have had a drink at dinner, I shouldn’t have gone up to the room.'” In his head he did not assume this act and years later he wrote to his attacker because he got tired of hiding it. He ignored the letter. “I just wanted to stay on the path I was already on. The system had never come to help me. So I just had to get stronger myself.”

The sexualization in Hollywood of minors

Although she has not given the name of the person who raped her, we cannot stop thinking about the #MeToo movement and infrasers like Harvey Weinstein who for years took advantage of his power situation to abuse women like Brooke Shields.

Brooke herself remembers moments as dark in her career as the one she lived with Franco Zeffirelli, whose film Romeo and Juliet has been denounced 55 years later for child sexual abuse. with him rolled Endless Love. In the movie Zeffirelli asked her to fake an orgasm, but she was a girl and she didn’t even know what that was. Another example that the actress of what she experienced in Hollywood being younger is in the blue lakewhere he had sex scenes that were used as a marketing strategy.

In fact, the film was sold as her own sexual awakening, something that contrasts with the statements in her book (of which she herself affirms in the documentary that she did not write even four lines). In it he spoke of his own virginity that he kept until he was over 20 years old, and although he tried to send a message to women, urging them not to do anything if they didn’t feel ready, because of his statements, abstinence was sold by conservatives and those who considered it a sexual myth, branded it as stretched.

Now 57 years old Brooke Shields isn’t afraid to claim Hollywood broke her in pieces. She is not the only one who years later has confessed something like this. Demi Moore He explained it openly in his book, for example. We only hope that this overwhelming testimonial from Brooke Shields will serve to give a voice to women around the world.

In Jared | The best series and movies that premiere in 2023

Who is Marta Diaz? One of the most successful influencers and girlfriend of Sergio Reguilón

10 types of smile and their meaning

Flor Rubio says that Irina Baeva and Gabriel Soto will confirm their breakup very soon: “The relationship no longer exists”

Tim Burton says his days of working with Disney are ‘over’