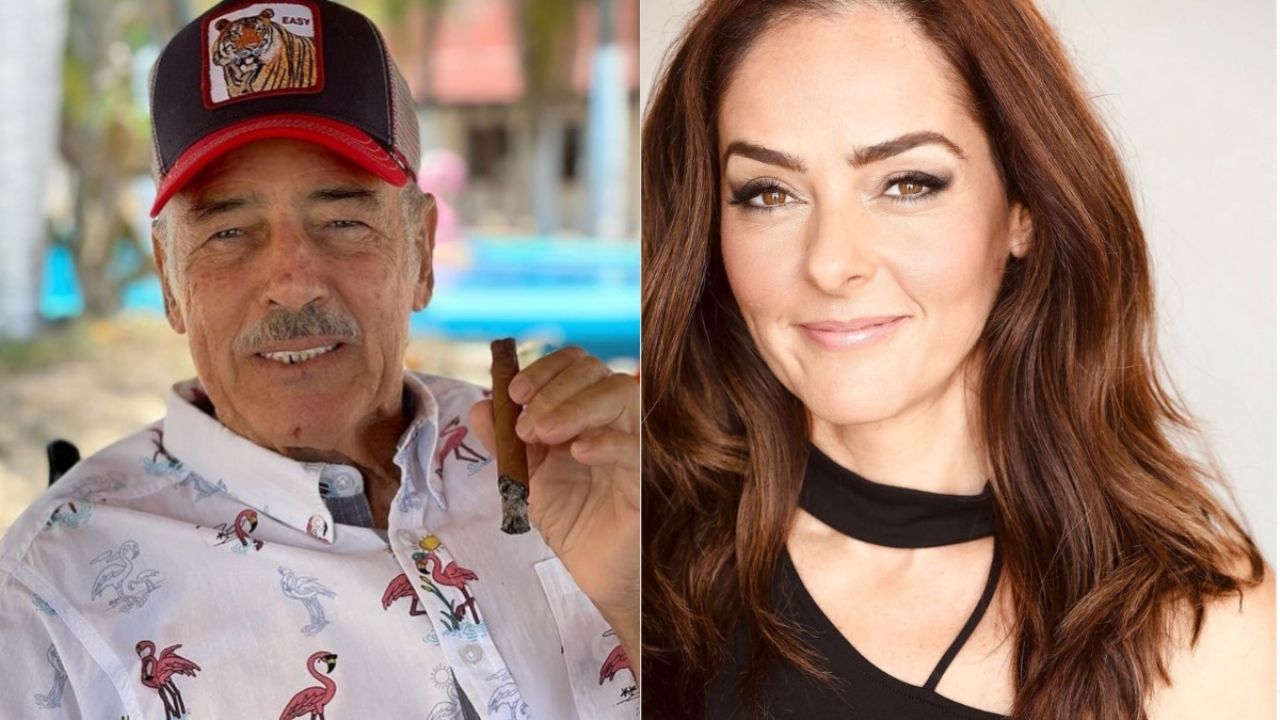 It’s been 15 years since the last time Andres Garcia and his daughter Andrea they saw each other for the last time, because the actor assures that “a very strange religion” It was the cause of their separation.

It is worth mentioning that for a long time, the actor has stayed away from his three children, so he decided to name his heir to actor Roberto Palazueloswho has been keeping an eye on his health status.

And it is that the last few months have not been easy at all for the former heartthrob of Mexican cinema, Well, a recent fall put him between life and death, but little by little he has been recovering.

Many have wondered about the whereabouts of their children from the native of the Dominican Republic, and it was recently revealed that alleged “inappropriate touching”” they had taken him away from his only daughter.

It was the same former driver who turned to her social networks to clarify that she never made such statements and was truly affected by these versions.

“I never made those statements about my dad, he is a good man. I have never said anything negative, no lie or any statement that affects him… Daddy, I love you, I never told those lies so please, if I have hurt you in something, forgive me. And I forgive you too because I know that in your heart there is love and although these people want to separate families they will not be able to do it because you have the light of God in your heart and in your mind and you know that I love you and I never said those things,” he said.

However, the 81-year-old actor he broke the silence and in addition to denying such slander against him, and spoke of the true reasons that have separated him from his daughter for 15 years.

Did a religion separate Andrés García from his daughter?

The soap opera heartthrob resorted to a video in which he gives his version of why he and his only daughter is just over 15 years old without having a single contact, in addition to denying touching her when she was a minor.

In the first instance, the former partner of Carmen Campuzano He assures that another factor was what separated them, and it would have been his alleged links with “people from the mafia.”

The actor assures that his daughter is involved in a very strange religion, because the last time he went home, he found objects that They seemed “very strange”, and after trying to convince her to leave all that, she preferred to cut all ties.

“But, no, and I kept trying for about 10 years and she moved away, as if it didn’t seem to her that it didn’t seem to me that she had those characters as a family, they are not a real family, but according to them, their strange and strange religion, It is his witch family, well, there they are. So, I already said there he dies, ”she told then her.

Everything you need to know about “The House of the Dragon”, the prequel to “Game of Thrones”, is in these books (and a lot of merchandise for the most fans of the saga)