an Australian period drama about how televised journalism changed 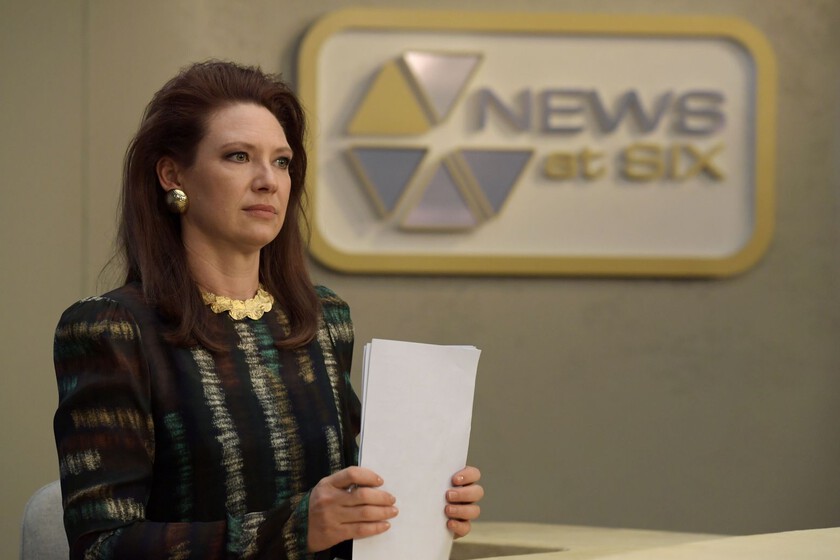 You have probably seen the period drama used for the title and you are thinking of lavish dresses, nineteenth-century setting and customs of another century. But historical includes any period of the past and, hopefully not, the eighties are as far away from us as the forties were to the eighties. Yes, we are all going to die.

With that said, same it’s time to expand what period or historical drama means, beyond tapes or series from the Victorian era or the Roaring Twenties. Things like ‘Halt and Catch Fire’ and its coverage of a long and important period should account for expanding the possibilities of the genre. Or, exactly, one of the surprises of the year such as ‘The Newsreader’, available both on Filmin and Movistar+.

on the edge of the news

The story takes us to the Australia of the eighties -just look at Anna Torv’s wig to have no doubt about what period we are in-. Specifically, we find ourselves in a news room of a local channel and the different power struggles that take place in the newsroom before an important change when facing the present. We see old guard, ambitious new generations and also some gender conflict.

The six-episode series follows both the character of Torv, a glamorous TV star who behind the scenes has a lot of difficulty imposing her authorityLike the young and ambitious Sam Reid, who has dreams of being a presenter and wants to achieve them even at the cost of hiding aspects of himself. In front of them they will have both veteran presenters and bosses and owners of the chain with an archaic and supposedly effective way of running things.

However, the fiction Michael Lucas does not remain in superficial conflicts of power, and tries to explore existing dynamics and character dramas in a changing and meaningful context. The new events to be covered begin to disrupt how current affairs is covered on the newscasts of the time, without resorting to revisionist moralism as some like the unbearable ‘The Newsroom’ could do.

‘The Newsreader’: power in journalism

Before I cited ‘Halt and Catch Fire’ as an example of good period fiction, and there are certain common aspects despite not having any common bond -both technically and in terms of cast-.

At least in the section good fiction, which captivates the viewer beyond the theme -reaches a point where certain dramas about journalists are only interesting for journalists- through clear explanations and very well constructed and developed characters throughout the episodes.

The best thing is that it does not try to be a complete x-ray of the entire profession, of society at a specific time or of the political context. ‘The Newsreader’ focuses on a historical period, but tries to take the pulse of the characters who are living through it. for that very reason it is stimulating and solidas well as easy to see for its remarkable rhythm and its digestible duration. A very good combo that you can easily get hooked on.

‘Those in the last row’ (2022), review: A competent Netflix series between an Estrella Damm ad, a Rigoberta Bandini video clip and a well-resolved millennial drama

‘Argentina, 1985’ (2022), review: Find the perfect midpoint between judicial drama and comedy with an excellent Ricardo Darín

‘Model 77’ (2022), review: It is a great prison drama and the consecration of Alberto Rodríguez at the hands of a fabulous Javier Gutiérrez

William Levy auctions his kisses for more than 28 thousand dollars