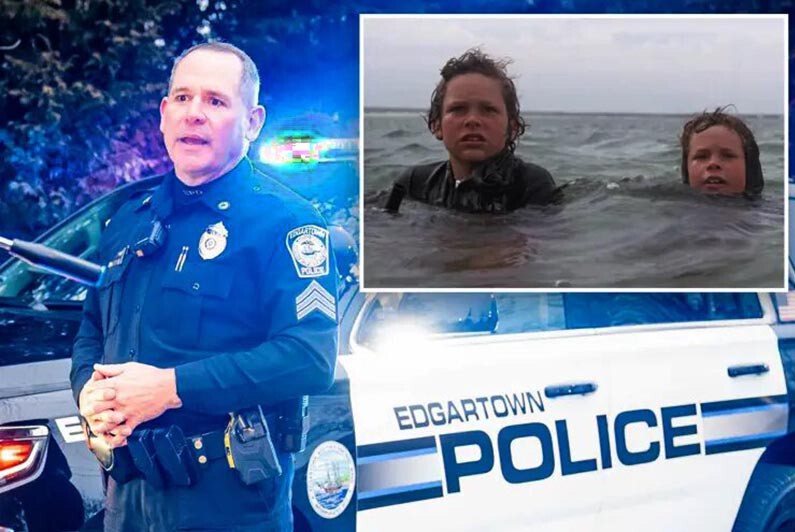 Jonathan Searle, who had a small role in the classic ‘Jaws’ (Jaws, 1975) when he was a child, soon will become the police chief of Oak Bluffs, a town on Martha’s Vineyard, the Massachusetts island where Steven Spielberg shot the movie with which he broke barriers in Hollywood.

A new boss Brody against the sharks

The measure passed by a 3-1 vote on May 16, according to the Vineyard Gazette. Searle, who grew up on Martha’s Vineyard and has been a member of the Edgartown Police Department since 1986, will take the reins in June when the current police chief retires. embodying the same role in real life that Roy Scheider did in the movies.

Searle’s little foray into acting is no secret at the Edgartown Police Department, who even share a special tribute on social media on film anniversaries. For them to show the fact that Sergeant Searle was in ‘Jaws’ is good. In 2008, Searle even charged a man with disorderly conduct for lying about seeing sharks in the areadepending on the medium.

Ironically, Searle was the little brother of the two children who played a joke with a fake shark finand his line in the film is “It was him, he made me do it!”, pointing to his real brother. For him to become police chief is a great honor.

“I’m clearly elated and humbled and honored to have been offered the position. It’s something I’ve been working on my entire career. I find the media attention from the movie quite amusing!”