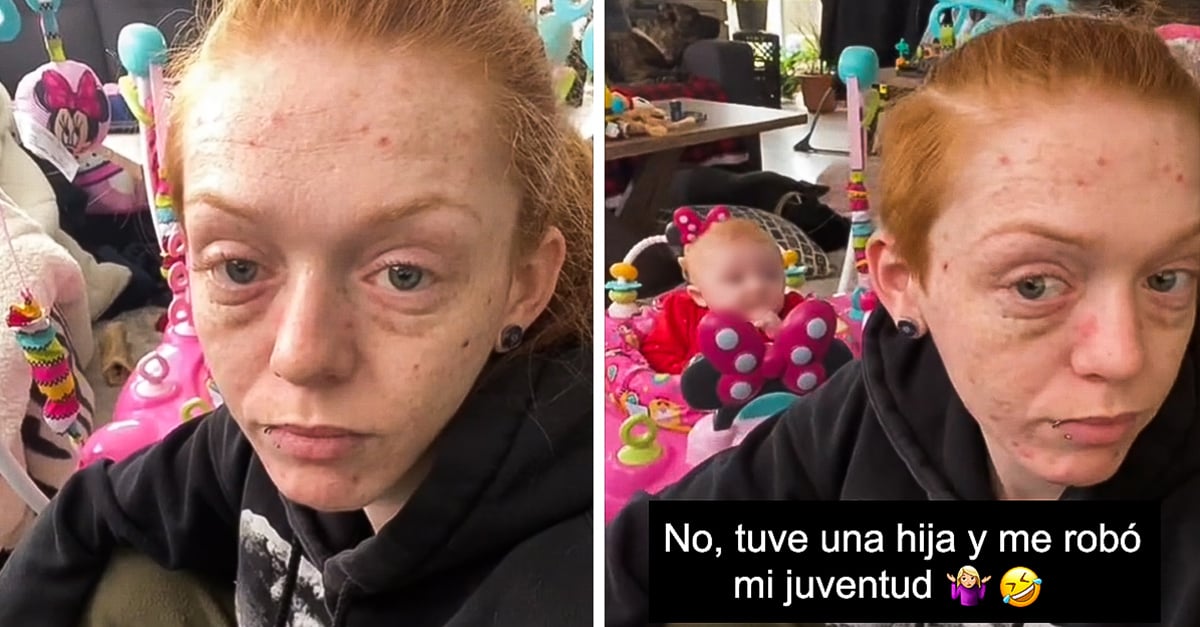 Although the dream of becoming a mother is an illusion for many women, when the time comes and they have a baby, they realize that it is much easier said than done, since being a mother is a difficult and quite demanding task. In addition, it involves important physical changes.

And despite the fact that on more than one occasion the experiences of women who have suffered changes in their appearance after being mothers have gone viral, that of this 22-year-old is one of the most surprising, since she assures that after the birth of her daughter her physique has changed a lot, to the point of appearing to be much older than she is.

Kendra Sykes is a girl who, through videos on TikTok, shows her followers with total honesty the complicated reality behind being a single mother and focusing her life on raising her little daughter. Without any type of shame or complex, the young woman usually exposes the different frustrations and complications faced by women who do not have government support.

A recording that caused astonishment among users was in which she showed her face without filters and commented that many people refer to her as “ma’am”, or that there are others who think that she is addicted to drugs due to her appearance.

– ‘She looks so old and has acne.. She must be addicted to the drug.’

– No, I had a daughter and I stole my youth.

Kendra’s statements caused divided comments among users; there were people who criticized her for saying that her daughter stole her youth, since that could make her little girl feel guilty when she grew up. On the other hand, there were women who felt identified and talked about their own experiences becoming mothers.

This girl broke the stereotype that when talking about motherhood, only how wonderful it is to bring a being into the world is mentioned, and her testimony gives another perspective of the secondary effects that this can have on your body.