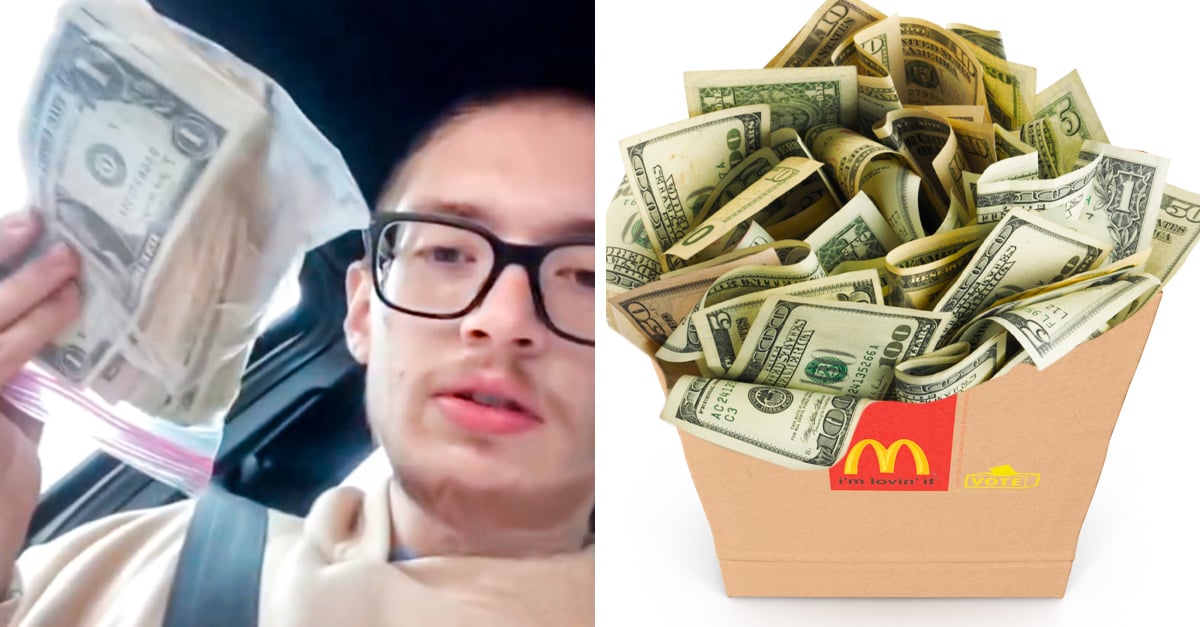 There are days when, definitely, life or the universe conspires in our favor and gives us a pleasant surprise and at the same time a small proof of our honesty. Hasn’t it happened to you? Something like this lived a young American when buying fast food, because he not only received a delicious hamburger, but also a juicy amount of money.

This happened to Josiah Vargas, a young man who shared on his TikTok account that when he went to a McDonald’s branch, he asked for his order to eat and when he left the restaurant, he realized that in addition to his food, they had given him a bag with five thousand dollars.

In the video, we see the young man in his car, stating, with a touch of irony, that he ordered a McMuffin and found a few thousand dollars in the bag, which he would have to return because he assumes he is a good person. Added to that, Josiah kept wondering why they had done this to him since it was such a temptation to keep them.

I’m going to return this because I’m a good person… I guess. Why are they doing this to me? Do you know how much I want this money? Why put me in this situation?

Once Josiah decided to return the money, in the video we see him entering the establishment and, as a joke, he questions the employees if they launder money in that place. Right away he hears the surprised employees praising his good deed.

Later, the boy said that the people from the restaurant gave him $200 as a reward. In addition, the employees of the establishment offered him free service for a month, so being honest does have its reward, but what would you have done in his place?

Here we ask you, what would you have done? pic.twitter.com/m45mkwN9Wz

Good people give back $5,000, get $200 and free McDonald’s for a month. Well. Good commercial value and maybe a viral TikTok.

Young Chihuahuan is stabbed 47 times by her ex-boyfriend

When should you not use a massage gun?