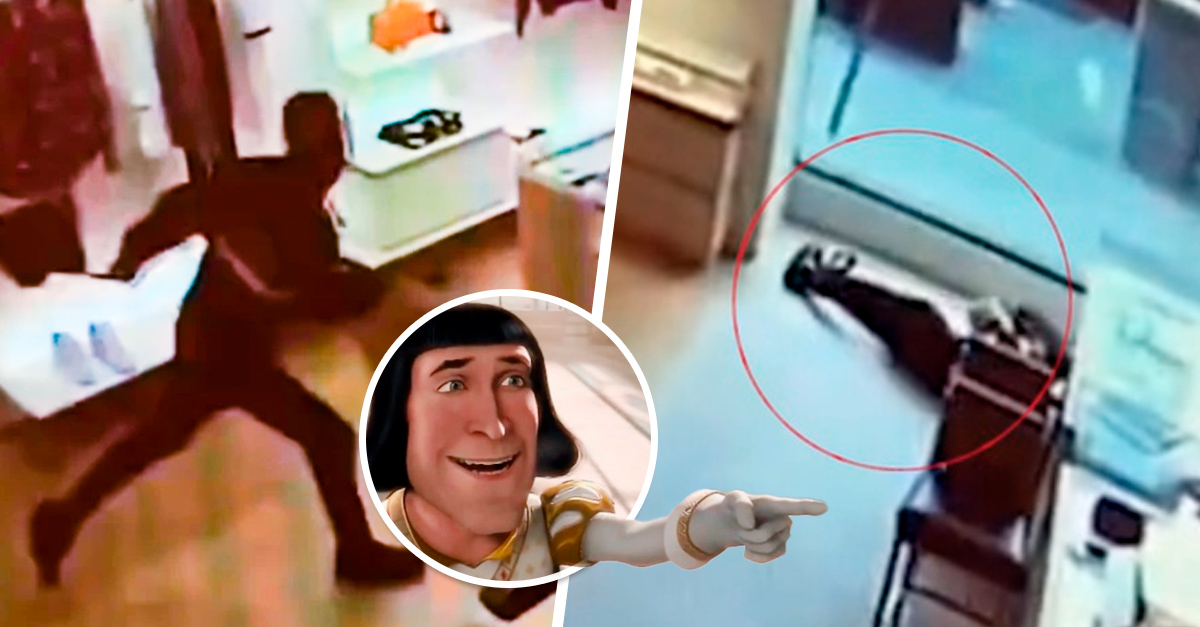 Karma exists, but when we can witness when it is instantaneous, seeing it is quite a pleasure. Although there are many lovers of foreign things who get away with it, there are some who are not very smart to the point that their plan is frustrated by themselves.

“He who does badly does badly” is a popular saying that is quite right. Proof of this is a story that happened in Bellevue, Washington, and was captured by a security camera. It turns out that a 17-year-old thief, whose name is unknown because he is a minor, was hanging around the Louis Vuitton luxury brand store, which he decided to enter.

The thief thought it was an excellent idea to take some display bags, worth approximately $18,000, in broad daylight and try to make a quick getaway, but his plan was sabotaged by a large glass window that he mistook for open access. . Kudos to the person who cleaned the glass in such a way that he didn’t seem to be there!

With the speed he was going and the security with which he threw himself, the blow was so forceful that the thief was completely knocked out on the floor, where he was immediately arrested by the store’s security guards. What a disappointment it must have been to wake up with the handcuffs on without knowing what happened.

Matanga said the changa! The young offender thought, not knowing what awaited him. The police revealed that the bandit is part of a network of criminals who are dedicated to stealing and that he has an extensive criminal record, since there are already 50 reports of shoplifting in that area.

According to official reports, 59 people have been sentenced in the United States so far this year on racketeering charges, and Bellevue police are working hard to combat crime. So far they have had good results, since from 2021 to 2022, theft decreased by 52 percent, but they continue to put a lot of effort to completely eradicate it.

Brazen teenage thief, 17, knocks himself out by running into the glass door as he tries to flee Louis Vuitton store with $18,000 worth of handbags in the affluent #Seattle suburb of Bellevue,#Washington. pic.twitter.com/LB11pBCKQp

We hope that this will serve as a lesson to the thief and that he can straighten his path, since he is still very young. Hopefully it will also serve as an example for other lovers of foreign things.

A true chameleon who was an alien, a vampire, an inventor… and even himself

“This day is not about you”