X-Men: The deaths of Professor X 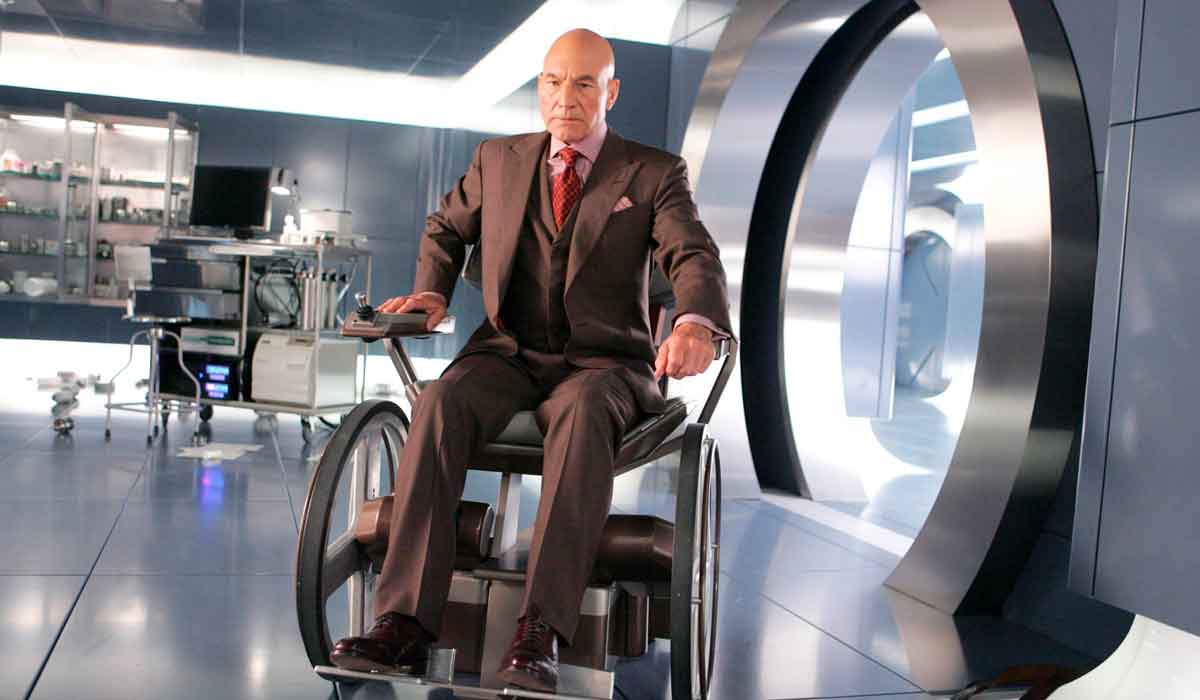 We review all the deaths that Professor Charles Xavier of the X-men has suffered, in the Marvel Cinematic Multiverse.

The mutants little by little seem to have been appearing throughout the Marvel Cinematic Universe. Were they with us all the time? Hidden? We cannot deny that the Scarlet Witch and Quicksilver were not the first mutants and more so after what we saw in WandaVision. We don’t forget about Billy and Tommy. Wiccan and Speedy. But the first mutants officially to cross the veil of Marvel Studios has been Kamala Khan better known as mrs marvel who in his series discovered his amazing abilities inherited from his great-grandmother but at the same time also knew that there was some kind of mutation in his genes. And of course. First. The most iconic and representative. Professor Charles Xavier in Doctor Strange in the Multiverse of Madness. Where we were introduced to the Professor X variant of the Marvel Cinematic Universe 838.

The leader of the X-Men was also part of The Illuminati of that world. But we already saw that the Scarlet Witch was not for nonsense and what happened happened. In any case. The arrival of Professor Xavier heralds the beginning of a new era. The era of the Children of the Atom. The new age of mutants. The X-Men of Marvel Studios. And to warm up engines. and as a tribute We will review all the deaths that Professor Charles Xavier has suffered throughout the Multiverse and all the known time eras of the Marvel Cinematic Multiverse.

Starting with the animated series, going through the new and old movies. including Logan. And of course. Doctor Strange in the Multiverse of Madness.

Patrick Stewart was without a doubt one of the best casting decisions Fox’s X-Men film adaptation had in turning Captain Picard of the Star Trek Enterprise into the iconic Professor Charles Xavier. Patrick Stewart gave us Professor X in the flesh. But if we take into account the Marvel Multiverse and the obvious connections that Professor Xavier presented from the movie Doctor Strange in the Multiverse of Madness with Professor Xavier from the X-Men animated series of the nineties. We could not miss the opportunity to pay tribute to him.

And it is that the Charles Xavier of that mythical series would fall prey to a psychic illness that took his life despite the fact that at the last moment they managed to save him thanks to the appearance of Lilandra, his lover and empress from another galaxy. Who promised to save him but at the cost of forever away from Earth.

But that does not mean that in bed. The X-Men mourned the death of Charles Xavier. And they had to say goodbye to him. It was not a death itself but something more metaphorical. But without a doubt it was the definitive farewell of Professor Xavier in the X-Men series that would mark the end of that television adaptation in its fifth season.

Years later… Charles Xavier would reappear with the face of Patrick Stewart on the big screen in the X-Men movie in 2000. With the adaptation of the Children of Atom, the superhero genre would definitely be reborn on the big screen. Since X-Men and Spider-Man allowed a new era for superhero cinema that lasts today.

In X-Men they knew how to faithfully adapt the spirit with which those strange heroes feared and hated by the world they had sworn to protect were born. And they took the adaptation one step further. Since transferring it to the real world was a challenge from which they achieved unprecedented success, turning Fox’s mutant franchise into one of the production company’s most successful franchises.

Patrick Stewart introduced us to an affable, understated, charismatic and inspiring Professor Charles Xavier. That throughout the following movies he would prove his worth and what kind of stuff he was made of until he ran into Dark Phoenix’s path in X-Men: The Final Stand.

Possessed by the Phoenix Force, Jean Gray would dispatch Professor Xavier in a dramatic scene in which we would see an X-Man fall in battle for the first time. Because Cyclops in that movie doesn’t count.

Professor Xavier would try to appease his former student but without any kind of hope he was mercilessly molecularly disintegrated by that dark version of what Jean Gray once was. Professor Xavier’s death would also mark the end of the X-Men of cinema. But X-Men: The Final Stand It ended with a post-credits scene that no one expected… With an ace up his sleeve. And it is that Professor Xavier or at least the conscience of him. He had survived and had been transferred to a comatose patient with no brain activity in the care of Moira McTaggeret.

Of course, the next time we saw Charles Xavier again, he would no longer have the face of Patrick Stewart and the timeline would take us back in time. To the 60s to meet the youth of Professor X and Magneto in X-Men: First Class. James McAvoy became the young version of Professor Charles Xavier’s past.

And everyone happy. But in Wolverine immortal. Something simply miraculous happened in his post scene. then continued X-Men: Days of Future Past. And everyone forgets about this cinematic event. In the sequel to the reboot of the film X-Men, the two generations of X-Men met in an epic science fiction adventure in which the past and the future took control of the story in an exciting film that left no one indifferent. . Giving us what could be considered the best X-men movie in the cinema. Currently.

This is how Patrick Stewart returned to reprise the role of Charles Xavier along with other members of the original cast in that dystopian future controlled by the Sentinels. While in the past we would follow the adventures of his young self played by James McAvoy. To avoid that future. Xavier and the X-Men would send Wolverine’s consciousness back in time to prevent Mystique from committing a crime that would lead to that terrifying future. In this film we had the first crossover between characters. Since old Xavier had a face-to-face with his young self whose teachings would even resonate in Doctor Strange in the Multiverse of Madness.

The moment of truth came in a unique climax in which we saw in the future how the Sentinels managed to break the barriers that the mutants had built and little by little they died until they reached Charles Xavier who “He died” disintegrated by a repulsor ray before the timeline reset again.

Precisely at the end of X-Men: Days of Future Past we saw how Logan’s mission in the past had been a success as we met Professor Xavier alive and kicking but not only him but also Jean Gray and Cyclops.

Whatever Logan did in the past had brought back the two lovers who also said their goodbyes in X-Men: The Final Stand. One off camera. This made it clear that death in the X-Men Universe was not to be taken seriously. But it’s something that mutants have always had in their DNA.

Patrick Stewart returned to reprise the role of Professor Charles Xavier one last time in the acclaimed by critics and audiences: LOGAN.

Xavier would present himself as a senile old man who had caused the involuntary end of his X-Men and would be left in charge of Logan, the only survivor of the tragedy who was soon involved in a race to save X-23, a young clone of his.

In Logan we were introduced to a new dystopian future where everything was going wrong for the mutants. Xavier in this movie would see him reduced to the shadow of what he was. The blame. The shame. Anger. We saw a desolate Xavier. But despite all the ills. He never lost faith or hope in the people he loved. Xavier would die at the hands of X-24 Logan’s perfected clone in cold blood. Mercilessly. Uncensored. Charles Xavier’s farewell was ultimately bitter and unexpected. Away from the grandiloquent deaths he’d had before.

And finally… We have Professor Charles Xavier from The Illuminati of the UCM 838. A Professor Xavier that reminds us of the one from the X-Men animated series of the 90s. From what we could deduce that Universe 838 is actually the Marvel Universe of that mythical nineties series that seems to have grown more than necessary. It is very likely that we will have more information about it in the imminent X-Men 97. In any case. Professor Xavier from that reality against the will of all his fellow Illuminati helped Doctor Strange from our reality to find the Book of the Vishanti so he could face off against The Scarlet Witch.

Meanwhile, the Scarlet Witch dedicated herself to eliminating one by one all the members of the illuminati almost without breaking a sweat.

In any case something tells us that maybe the next time we see Professor Xavier we may have to see him die again. Again.

The deaths of Professor Xavier make it clear to us that anything can and will happen in the Marvel Cinematic Multiverse. You can watch all the movies and series mentioned in the article at Disney+.

Ticketmaster exhibits influencer who sold tickets on his behalf

They delay the premiere of the prequel 6 months

Celebrities who accepted their aging without surgeries

Why is love blind?

Adela Noriega: These are the most notorious romances of the actress throughout her artistic career

Niurka Marcos and Juan Vidal publish photos after the morning, She showed off naked!